The couple, who have five children and have been married for 22 years, now plan to achieve a lifelong dream by buying their own home.

by Joe Mellor
in Lotto 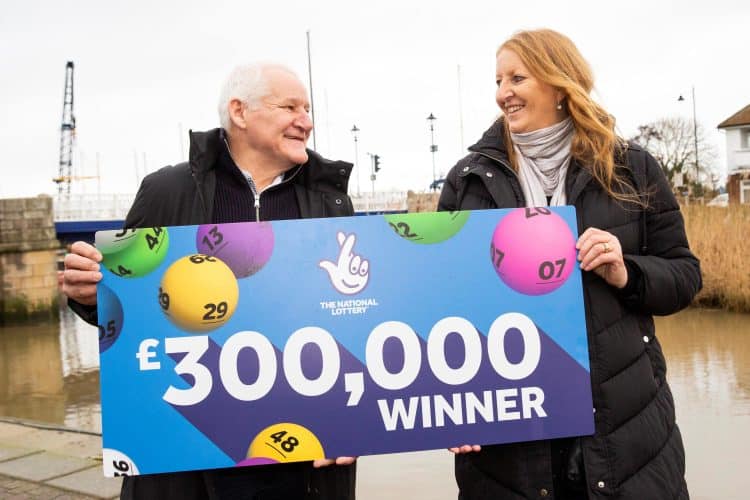 A couple have said they “burst into tears” when they discovered they had won £300,000 on a scratchcard after almost two years shielding due to ill health.

Louisa Tomlinson, from Ash, Kent, said the money is “a dream come true” after she and her husband Greg endured a “really tough couple of years” while she recovered from a stroke and treatment to mend a hole in her heart.

The couple, who have five children and have been married for 22 years, now plan to achieve a lifelong dream by buying their own home.

“I’d just started a new job when I had the stroke, and in treating that the doctors discovered that I also had a hole in my heart,” said 57-year-old Ms Tomlinson.

“I haven’t worked since, and Greg, a trained electrician, had to take a part-time delivery job so he was around to look after me as I recovered.

“I’ve always dreamt of owning our own home and to be honest, over the last 18 months I’ve thought of nothing else, scouring Rightmove for the perfect little cottage.

“I knew we could never afford it but the daydreaming kept me entertained while I was shielding… this really is a dream come true.”

Ms Tomlinson said they are looking for a “cosy two-bedroom” cottage with a wood-burning stove and a small garden in Norfolk.

The couple’s win came from a National Lottery Scrabble Cashword Scratchcard they bought at a Tesco Extra in Broadstairs while picking up some final items ahead of Christmas Day.

Mr Tomlinson, 62, said they checked the scratchcard once they had put their shopping away, “cup of tea in hand”.

“I was busy with mine when Louisa said ‘I think I’ve won £10,000’ then paused and counted the number of words she’d revealed again and then said, ‘hang on, I think we’ve won an awful lot of money!’” he said.

Ms Tomlinson said once she is “back on her feet” she plans to volunteer at her local hospital to give back to the NHS for looking after her.

“Without them, I wouldn’t be here today for another truly life-changing event, but this time a very good one,” she added.

Related: Factory worker who scooped £2million prize on a Lottery scratch card says he almost didn’t buy one – because of road works outside shop