The lucky winner would instantly become richer than singers Harry Styles and Adele! 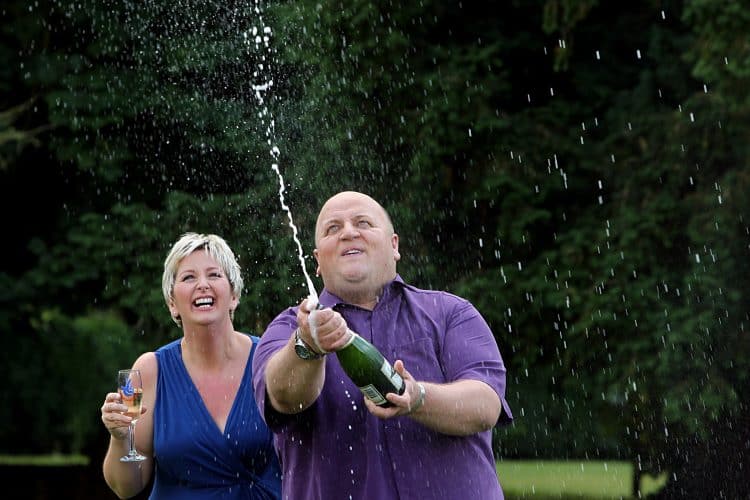 The UK’s biggest-ever lottery winner could be crowned on Tuesday when a £186 million EuroMillions jackpot equivalent to winning the Wimbledon title 93 times is up for grabs.

Should a UK National Lottery ticket-holder match all the numbers in Tuesday’s EuroMillions draw, they would topple the current British record-holders from the top spot less than two months after their win.

And the winnings would dwarf the £2 million prize money that awaits each of the winners of the Gentlemen’s and Ladies’ Singles titles at the Wimbledon tennis championships this year.

Their wealth would also instantly outstrip that of Joe and Jess Thwaite from Gloucester, who scooped a record-breaking £184 million EuroMillions jackpot less than two months ago.

It would also make the UK the luckiest EuroMillions nation, overtaking France’s 117 wins to date since the first draw in February 2004. There have already been three UK EuroMillions’ jackpot winners this year alone.

Andy Carter, senior winners’ adviser at The National Lottery, said: “I knew my team had been busy with big winners but I didn’t realise what an amazing run of EuroMillions luck the UK has had.

“It’s great to travel to every corner of the country making new millionaires, and we know that EuroMillions makes the biggest winners. These dream-come-true jackpots not only transform the lives of the winners but also enable them to support the friends, family and communities around them.

“I hope we are again celebrating reaching the top of the league table after Tuesday’s draw and we look forward to supporting any big UK winners we create.”

If Tuesday’s winner were to take inspiration from Mr Thwaite, who went straight on to Rightmove after his win to look at multimillion-pound homes, they would find that they could purchase every London property listed on luxury property company Christie’s International Real Estate website, and still have well over £100 million to spare.

If the prize money was laid out end to end in £50 notes it would be 36 miles (58km) long, stretching all the way from London to Edinburgh, with enough remaining to climb up Arthur’s Seat and down again.

A total of 14 UK National Lottery winners have bagged prizes of more than £100 million so far.

EuroMillions players are urged to buy their tickets before 7.30pm on Tuesday to be in with a chance to win the life-changing amount of money.

Camelot said the jackpot will be capped at 230 million euros, which the operator estimates will be reached in the draw this Friday, July 8, if no-one wins on Tuesday.