Sleep is often said to be ‘the best medicine’ – and a new study proves the old adage true.

Researchers have shown that sleep improves the potential ability of some of the body’s immune cells to attach to their targets.

Their findings, published in the Journal of Experimental Medicine, help explain how sleep can fight off an infection, whereas other conditions – such as chronic stress – can make the body more susceptible to illness.

T cells are a type of white blood cell that are critical to the body’s immune response.

When T cells recognise a specific target, such as a cell infected with a virus, they activate sticky proteins known as integrins that allow them to attach to their target and, in the case of a virally infected cell, kill it.

While much is known about the signals that activate integrins, signals that might dampen the ability of T cells to attach to their targets are less well understood. 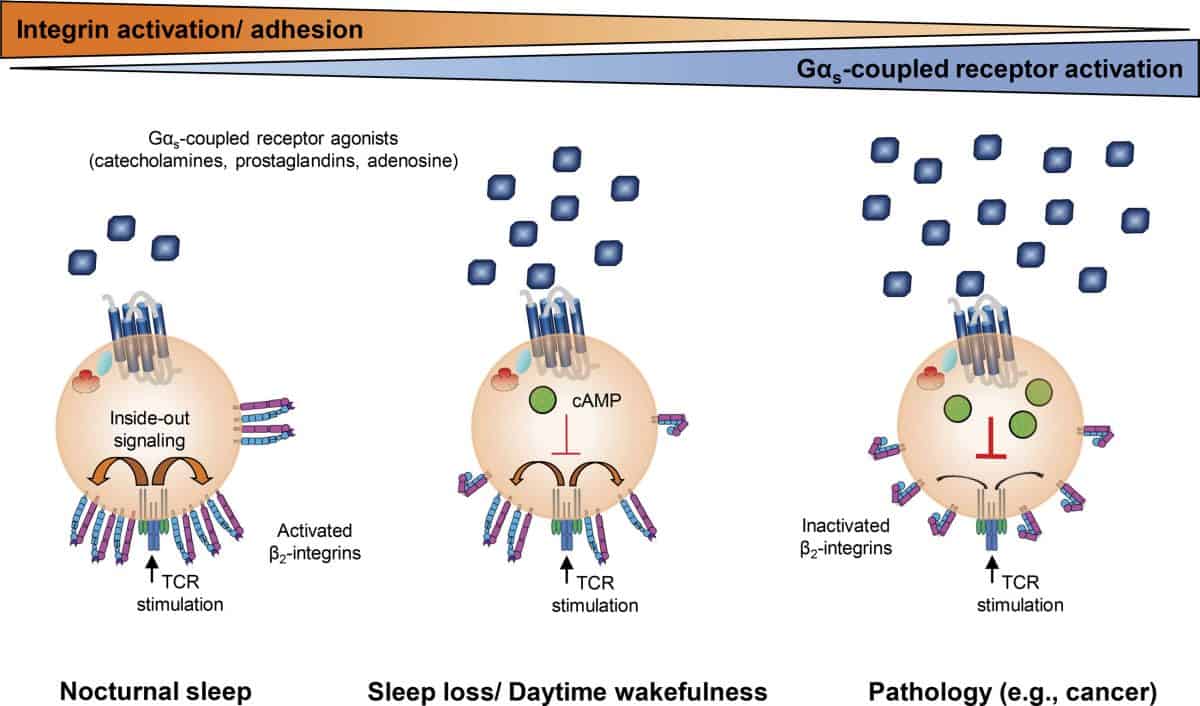 Free daily horoscope and lucky numbers for 21 May, 2020

Dr Stoyan Dimitrov and colleagues at the University of Tübingen in Germany decided to investigate the effects of a diverse group of signaling molecules known as Gαs-coupled receptor agonists.

Many of the molecules can suppress the immune system, but whether they inhibit the ability of T cells to activate their integrins and attach to target cells was unknown.

The researchers found that certain Gαs-coupled receptor agonists, including the hormones adrenaline and noradrenaline, prevented T cells from activating their integrins after recognizing their target.

Dr Dimitrov said: “The levels of these molecules needed to inhibit integrin activation are observed in many pathological conditions, such as tumour growth, malaria infection, hypoxia and stress.

“This pathway may therefore contribute to the immune suppression associated with these pathologies.”

Adrenaline levels dip while the body is asleep.

Dr Dimitrov and colleagues compared T cells taken from healthy volunteers while they slept or stayed awake all night.

The researchers were able to confirm that the beneficial effect of sleep on T cell integrin activation was due to the decrease in Gαs-coupled receptor activation.

Study co-author Dr Luciana Besedovsky said: “Our findings show that sleep has the potential to enhance the efficiency of T cell responses, which is especially relevant in light of the high prevalence of sleep disorders and conditions characterised by impaired sleep, such as depression, chronic stress, ageing, and shift work.”

In addition to helping explain the beneficial effects of sleep and the negative effects of conditions such as stress, the research team said the study could spur the development of new ways to improve the ability of T cells to attach to their targets.

Dr Dimitrov added: “This could be useful, for example, for cancer immunotherapy, where T cells are prompted to attack and kill tumour cells.”