A stranger has been reunited with the suicidal man he stopped jumping from a bridge with nine words: ‘It will get better mate, you will get better.’ Jonny Benjamin, 29, had been diagnosed with schizoaffective disorder – a cross between schizophrenia and biopolar disorder – before he prepared to kill himself. Neil Laybourn, 34, was […] 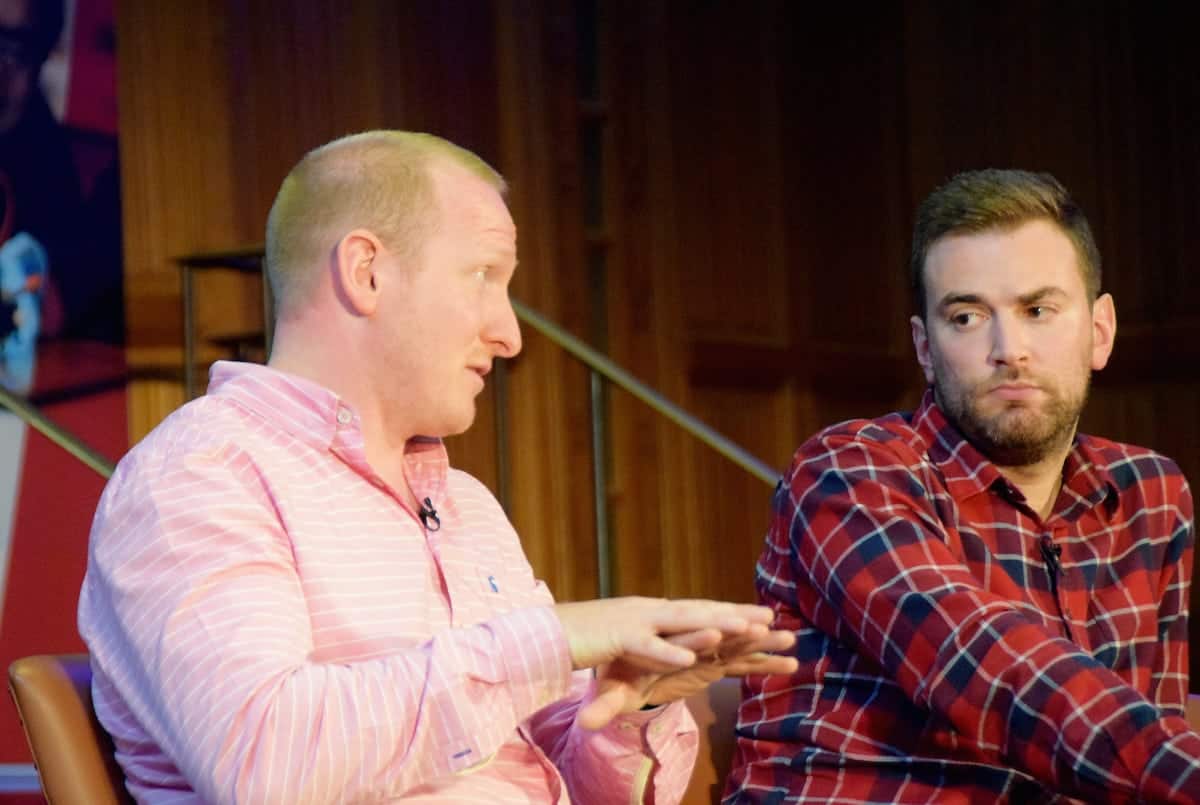 Jonny Benjamin, 29, had been diagnosed with schizoaffective disorder – a cross between schizophrenia and biopolar disorder – before he prepared to kill himself.

Neil Laybourn, 34, was just crossing Waterloo Bridge himself when he spotted Jonny, rushed over and uttered the nine words which saved Jonny’s life.

They spent the next 25 minutes talking before emergency services arrived and the pair went their own way.

Jonny’s recovery was slow. It took him a long time before he started to feel better, but he eventually did, and never forgot about Neil. The problem was, he remembered Neil’s name as Mike.

Launching a #FindMike social media campaign, it soon went viral. Within two weeks – and with the help of the internet – he found Neil.

Since that fateful day, the pair have been close friends. Suicide is the biggest killer of middle-aged and young men, and friends started to campaign together on mental health issues.

Earlier this year, Jonny was awarded an MBE for his services to mental health and suicide prevention.

He had come a long way from the man who once thought about ending it all.

Their powerful story has now been shared with staff and students at Bristol University, which has now signed the Time to Change employer pledge. It is an ongoing commitment to look at the mental health of its students and staff.

Jonny, from London, and Neil, from Surrey, told a sold-out audience about their first encounter that winter morning on Waterloo Bridge and spoke about the importance of sharing your problems with those around you, reaching out for help and not suffering in silence.

When asked about what advice they would give to new students, Jonny said: “When I started university, it was really hard. I wanted to fit in and be like everyone else. I just shut down and didn’t talk about the struggles I was facing.

“It’s so important to talk about it and know that you’re not alone. It’s amazing to discover that people are feeling the same. Be brave and open up to those around you.”

Professor Hugh Brady, vice-chancellor and president of the university, said: “Signing the pledge is part of the university’s commitment to changing how we think, talk and act about mental health, and ensuring students and staff who are facing these problems feel supported.”

The university recently announced that it would be investing an additional £1 million per year to introduce a team of 28 full-time mental health advisers and managers, who will be embedded in academic departments and cater for the welfare needs of students.