A newborn baby has become an uncle at just 36-hours-old after his niece was born in the next room.

Little Callum Scrimshaw was given the extra responsibility as his mum Laura, 35, went into labour at the same time as his big sister Sharmaine, 17.

Sharmaine gave birth to Callum’s niece Khara-Louise only a matter of metres away from where the baby uncle was resting at Victoria Hospital in Kirkcaldy, Fife.

Shocked Laura and husband Steven from Rosyth, Fife, were delighted to become grandparents so soon after welcoming their fourth child into the world.

Both mother and daughter entered labour around a week before their due dates on the 21st of October and were rushed to hospital at the same time.

And both babies were even delivered by the same midwife at the same hospital.

Laura was shocked that both babies arrived on the same weekend.

She said: “I never thought I’d be a grandma at 35 let alone my little boy Callum be an uncle at 36-hours-old.

“I never thought when I got married at 16, I would still be with him at 35, have four kids and be a grandparent.

“It hasn’t really kicked in yet but it is great being able to spoil them all.

“I was shocked when they both came the same weekend.” 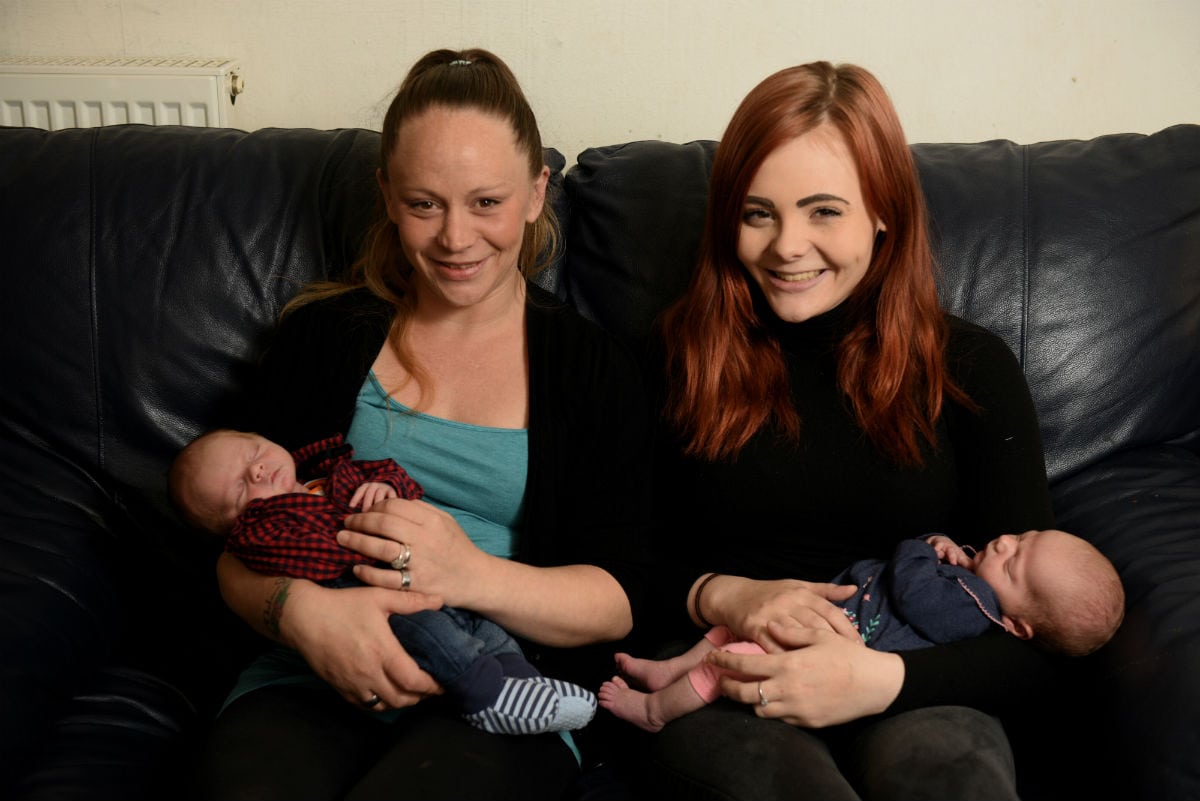 Laura had to be taken to hospital with a police escort after her original ambulance picked up Sharmaine from her home in Dunfermline, Fife, instead of her.

The new grandparent believes that Callum had sensed that his niece was being born in the same hospital.

She added: “We both went into labour on the 21st and whilst I was waiting for an ambulance, mine went to Sharmaine and took her to hospital instead of me.

“So when mine did come, we had the police escorting us up the motorway at quarter to three as they were worried he would come before I got there.

“We got there at quarter to three and Callum was born at 3.15pm.

“I am sure Callum had a sense it was happening — it was like he knew. He woke me for a feed at 4.40am and a couple of minutes later I got a message to say she had been born.

“Sharmaine is doing brilliantly and everything has come so naturally to her.”

Laura is also a mother to Chelsea, 14, and six-year-old Steven Junior.