Found in the rainforests of Brazil and Peru, the camu camu - a large berry that looks like an apple - is rich in nutrients

A humble Amazonian fruit that contains 60 times more Vitamin C than an orange may hold the key to combating obesity, cardiovascular disease and diabetes.

Found in the rainforests of Brazil and Peru, the camu camu – a large berry that looks like an apple – is so rich in nutrients it has already been hailed a ‘superfood’.

Now experiments have found a natural substance found in the camu camu stopped mice piling on weight – even when they gorged on a junk food style diet.

This reduces the risk of ‘metabolic syndrome’ – a cluster of disorders including high blood pressure, high blood sugar and fats, excess belly fat and low ‘good’ cholesterol. Having any three can lead to diabetes, heart disease and stroke.

The Canadian team said the fruit’s effect on weight gain could be due to it increasing the resting metabolism of the mice, resulting in higher energy expenditure. 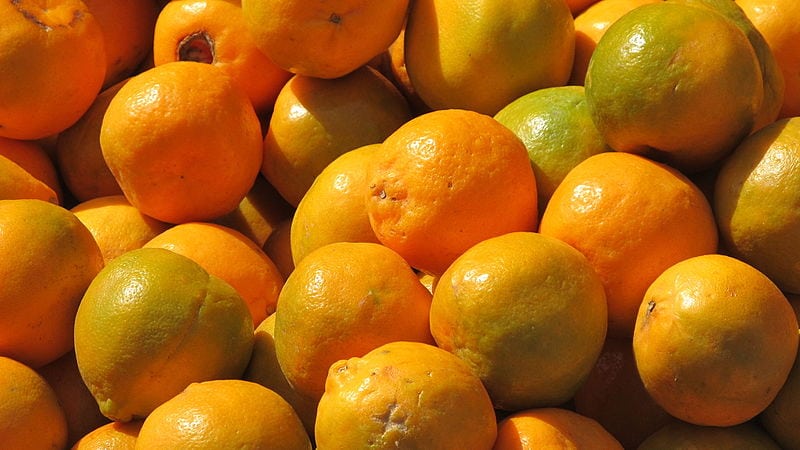 Camu camu boosts bacteria in the gut – destroying toxins in the blood preventing inflammation of the metabolic system, the body’s celullar engine.

Professor Andre Marette, of the University of Laval in Canada, said: “All these changes were accompanied by a reshaping of the intestinal microbiota, including a blooming of A. muciniphila and a significant reduction in Lactobacillus bacteria.”

Found on shrubs in the Amazon rainforest, camu camu berries are said to boost immunity and have more vitamin C than any other individual food on Earth -comprising up to thee percent of their weight.

The fruit is also packed with plant antioxidants called polyphenols – and has long been used by Amazonian natives for food and medicine.

You can eat the tart fruit raw but it is usually sold as a powder that is blended into a smoothie or sprinkled onto yoghurt or salads. It is pricey to buy in the UK, but is available from health food websites for about £10.

Principal investigator Prof Marette said the study suggests the camu camu extract could play a leading role in the fight against obesity and metabolic disease.

He said: “We demonstrated the beneficial health effects of polyphenol-rich berries in previous studies.

“That is what gave us the idea to test the effects of camu camu on obesity and metabolic disease.”

The mice were split into two groups and fed food rich in sugar and fat – with one also being given camu camu extract each day.

After eight weeks the lab rodents were put on the scales. Those receiving camu camu gained 50 percent less weight.

This was found to be comparable to that of a third control group of mice – fed a diet low in fat and sugar.

Prof Marete said: “Camu camu thus exerts its positive metabolic effects at least in part through the modulation of the gut microbiota.”

He now wants to examine whether camu camu produces the same metabolic effects in humans.

The toxicity of the fruit extract should not pose a problem since it is already sold commercially to combat fatigue and stress and stimulate the immune system.

It is also abundant in amino acids – helpful for recovery and muscles – vitamin B and minerals.

Prof Marette added: “The consumption of fruits is strongly associated with better health and higher bacterial diversity in the gut microbiota.