By Nathan Lee, TLE Correspondent  A new survey has revealed money worries are the main thing keeping Brits awake at night with as many as nine in ten admitting they’re plagued with sleepless nights, mostly due to fretting over finances. The research of 2,000 adults found money worries topped a myriad of reasons Brits can’t […] 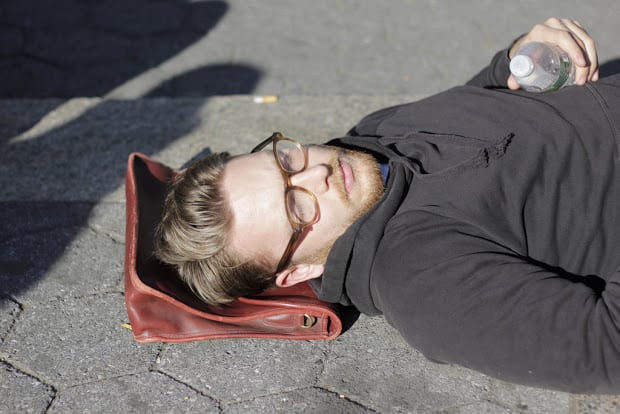 A new survey has revealed money worries are the main thing keeping Brits awake at night with as many as nine in ten admitting they’re plagued with sleepless nights, mostly due to fretting over finances.

The research of 2,000 adults found money worries topped a myriad of reasons Brits can’t get to sleep, with pressures at work, ill-health and mulling over family matters also a top cause of insomnia.

Sunday was found to be the worst night for night-time disturbances, with a weary Monday night also proving restless. But the rest of the week provides little respite – the average adult can’t sleep around three nights a week, said the study, and on these occasions, manages a mere four hours of shut-eye each time.

Street commotion such as barking dogs and car alarms were found to wreak havoc with bedtime, with drunken passers-by also causing distress. In fact, general neighbourhood noise was highlighted as a problem for one in ten adults, whose arguing or partying neighbours were named as another reason they never get a peaceful night.

A spokesperson for homeware and bedding specialists Dunelm, which commissioned the research said: ”Often it seems a good amount of sleep is something we all want, but just can’t get. So it’s important to treat our bed times with as much care as we do our waking life.

”This means winding down a good half hour before going to sleep in order to completely switch off from the day’s events. And ensuring our bedroom environment is a calm and relaxing place is a must if we want our sleep to be of good quality.”

Making up the list of sleep disturbances was unfinished paperwork and life admin, having an argument before bed time and lying on a bad back. mnBritish weather was another cause for concern, as heavy rain on the windows and thunder storms were deemed responsible for keeping 16 per cent of adults awake.

Uncomfortable bedding was also to blame, as many adults said flat or lumpy pillows and a broken mattress often lead to aching muscles and joints – another cause for disturbed sleep. When it came to easing the problem, almost a quarter of the adults polled said they turn to technology during bouts of insomnia, relying on TV, tablets and the internet to lull them to sleep.

The spokesperson added: ”Though it’s hard to ignore all the issues and unresolved jobs we have to deal with in life, making sure we’re comfortable at night is a starting point.

”A decent mattress in particular can contribute to a deeper sleep as well as things like blackout blinds – especially as we move into the summer months.”

Visit Dunelm.com for news of their ‘Sleep Sheep’ campaign.