By Gregory Taylor Reports of the Ebola outbreak have been rife of late. Some 8,399 probable or suspected cases have been confirmed by The World Heath Organisation (WHO) causing a media frenzy around the outbreak, a frenzy that perhaps clouded Friday’s Mental Health Day that shines the spotlight on a suspected 450 million people worldwide who have mental health problems. […]

Reports of the Ebola outbreak have been rife of late. Some 8,399 probable or suspected cases have been confirmed by The World Heath Organisation (WHO) causing a media frenzy around the outbreak, a frenzy that perhaps clouded Friday’s Mental Health Day that shines the spotlight on a suspected 450 million people worldwide who have mental health problems.

The Office for National Statistics Psychiatric Morbidity report found that one in four British adults experience at least one diagnosable mental health problem in any one year and one in six experiences this at any given time. We are in the midst of a very real health epidemic and confronting a possible health epidemic, yet because the former doesn’t show more apparent scars we’re left worrying about a health crisis that hasn’t even reached our shores yet. It begs the question, when will we start opening our eyes to this silent killer?

Before the 21st century mental health in sport was considered somewhat of a non-issue, even a sign of weakness. But in the last few years most sports cubs are starting to deal with it. It’s important for young players to be told about the pressures which they will face playing at the top level alongside the rigorous demands of training and the impact sport will have on their lifestyle. England cricket team players, for example, now get help and advice about dealing with the pressures of playing sport at a high level and sport psychology has been embraced across the board as managers see a good mental state as being the key to a winning mentality. Jack Peat’s pre-World Cup article on Chimp Management discusses the impact sports psychologist Dr Steve Peters has had on the footballing world.

This year’s Mental Health Day focussed on the issues of schizophrenia and it amazed me how many people live with the condition; around 26 million people live with it around the world and 50 per cent of those don’t get the right treatment. Several leading charities are speaking up on these key issues, like the mental health charity MIND or the Mental Health Foundation. They do great work in breaking down the stigma that is attached to mental health, but it’s not just the charity sector which is speaking up on these big issues.  The government is starting to take the issue of mental health as an important part in the NHS. Only last week we saw Deputy Prime Minister Nick Clegg talking about mental health and improving the treatment people receive in the NHS and making it key part of his policy for the 2015 general election.

There’s a long road ahead of us if we’re to overcome the mental health crisis in Britain but the first step is to get people talking more openly about it. Once the sigma associated with it has been overcome we can start to identify solutions, and as the charity and government efforts show the first green shoots of recovery are being seen, which is a big step in the right direction. 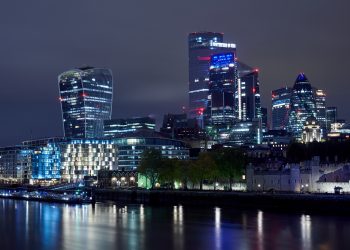