Dementia can be accurately predicted five years before symptoms develop with a simple smell test, according to new research. A study of almost 3,000 older people found those who cannot identify at least four out of five common odours were more than twice as likely to develop the disease. And the worse their sense of […] 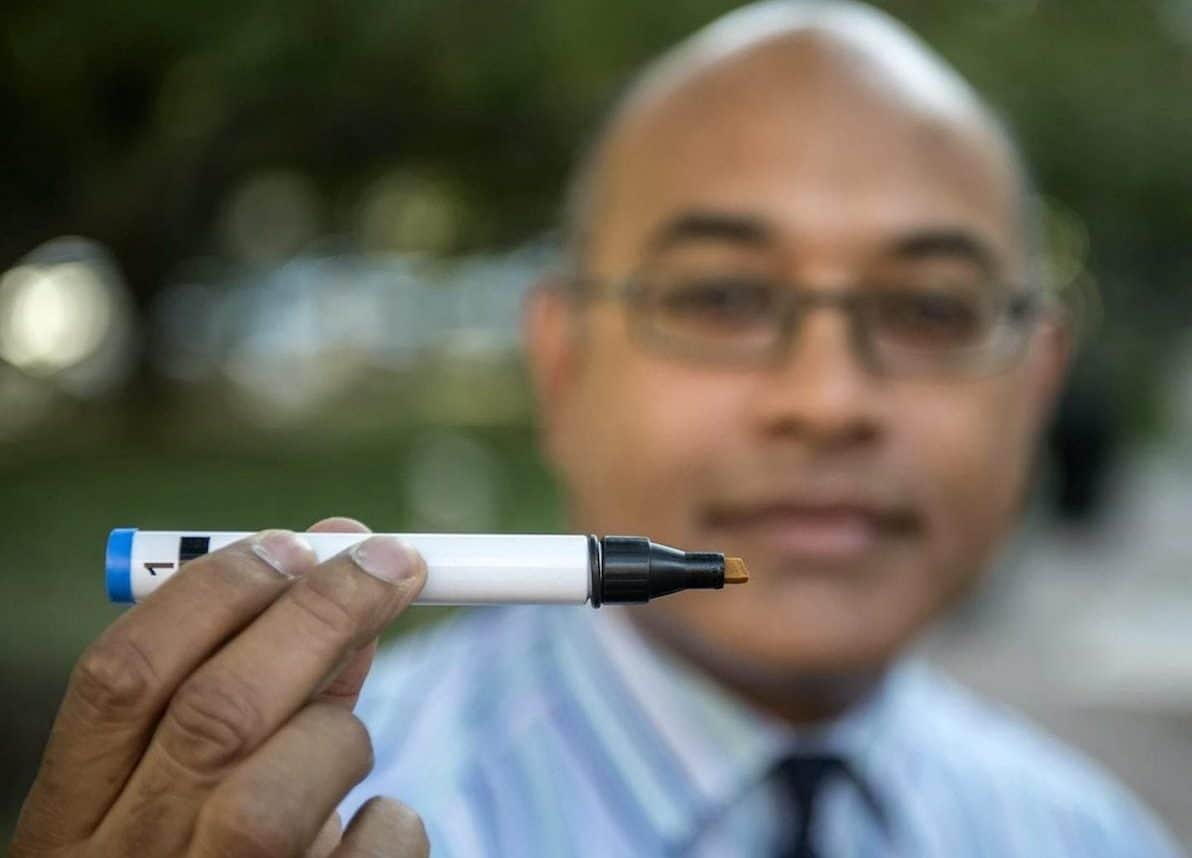 Dementia can be accurately predicted five years before symptoms develop with a simple smell test, according to new research.

A study of almost 3,000 older people found those who cannot identify at least four out of five common odours were more than twice as likely to develop the disease.

And the worse their sense of smell, the bigger the risk, said scientists.

The aromas in order of increasing difficulty were peppermint, fish, orange, rose and leather and could be used as an early warning system.

This would allow drugs and lifestyle changes, such as a healthy diet and more exercise, to be more effective before the devastating condition takes hold.

The findings add to growing evidence the first damage to the brain occurs in olfactory neurons, which distinguish between different aromas.

Five years after the initial test almost all the participants, aged 57 to 85, who were unable to name a single scent had been diagnosed with dementia.

And nearly 80 per cent of those who provided just one or two correct answers also had it.

Overall, the degree of smell loss and incidence of the disease were significantly linked.

Lead author Professor Jayant Pinto, of the University of Chicago, said: “Our test simply marks someone for closer attention.

“Much more work would need to be done to make it a clinical test.

“But it could help find people who are at risk. Then we could enroll them in early-stage prevention trials.

“Of all human senses smell is the most undervalued and underappreciated – until it’s gone.

“These results show the sense of smell is closely connected with brain function and health,”

Almost eight in ten (78%) of those tested were normal, correctly identifying at least four out of five scents.

But 14 per cent could name only three, five per cent two, two per cent one – and one per cent not a single smell.

The ear, nose and throat surgeon who studies the genetics and treatment of olfactory and sinus disease added: “We need to understand the underlying mechanisms, so we can understand neurodegenerative disease and hopefully develop new treatments and preventative interventions.

“Loss of the sense of smell is a strong signal that something has gone wrong and significant damage has been done.

“This simple smell test could provide a quick and inexpensive way to identify those who are already at high risk.”

The study published in the Journal of the American Geriatrics Society follows a related 2014 paper in which olfactory dysfunction was associated with increased risk of death within five years.

In that study, loss of the sense of smell was a better predictor of death than a diagnosis of heart failure, cancer or lung disease.

For both studies the researchers used a well-validated tool known as “Sniffin’Stick” which looks like a felt-tip pen infused with distinct scents.

The participants smell each item and then identify that odour, one at a time, from a set of four choices.

Those who got two or three correct were considered “hyposmic,” defined as a reduced sense of smell, while those who managed one or none were labelled “anosmic,” having lost it completely.

The olfactory nerve is the only cranial nerve directly exposed to the environment.

The cells that detect smells connect directly with the olfactory bulb at the base of the brain.

This potentially exposes the central nervous system to environmental hazards such as pollution or pathogens.

Olfactory problems are often an early sign of Parkinson’s or Alzheimer’s disease which get worse with disease progression.

Prof Pinto said losing the ability to smell can have a substantial impact on lifestyle and wellbeing.

“People who can’t smell face everyday problems such as knowing whether food is spoiled, detecting smoke during a fire or assessing the need for a shower after a workout.

“Being unable to smell is closely associated with depression as people don’t get as much pleasure in life.”

The loss of sense of smell is one of the early signs of dementia which is only diagnosed after death.

She noted the olfactory system also has stem cells which self regenerate.

Last month a Canadian study of 300 people at high risk of developing Alzheimer’s found those who struggled to distinguish between the smell of bubblegum, petrol and lemon were most likely to have dementia related proteins in cerebrospinal fluid.

About 850,000 people in the UK have dementia, a figure expected to rise to a million by 2025 and two million by 2050, because of the ageing population.