When I was at university, which was a growingly long time, it pains me to realise, there was an annual arts vs. sciences debate. It could be a dull and tedious affair, though I do remember one Assistant Dean of Science opening with the tremendous line “I’m not one of those ‘Throw the switches now, […]

When I was at university, which was a growingly long time, it pains me to realise, there was an annual arts vs. sciences debate. It could be a dull and tedious affair, though I do remember one Assistant Dean of Science opening with the tremendous line “I’m not one of those ‘Throw the switches now, Igor’ type of scientists”. But one of the best quips I remember was from a pro-arts speaker, who talked eloquently of the spectrum of subjects which the arts encompassed, “From divinity, the ‘queen of sciences’, to art history, the science of queens”. Yes, yes, it was a cheap gag, but it got a good laugh, and at my university that was really the best you could hope for.

Why do I bring this up? Well, I’ve been watching Andrew Graham-Dixon’s BBC series on the royal art collection. I like AG-D – his trip through Italy with Giorgio Locatelli was a masterpiece of feel-good television, though I was mightily envious that people get paid to drive round Italy in a vintage Alfa Romeo and eat and drink well. But we can’t all be that lucky. Anyway, I think Graham-Dixon is what the BBC is best at: erudite, witty, engaging, scholarly and infectiously enthusiastic.

I should add a rider at this stage. My ex-wife studied art history, so, although I am by training an historian tout court, I had some contact with the more, shall we say, wafty and bohemian world of the study of art, and one of my finals papers was on Grünewald’s magnificent if harrowing Isenheim altarpiece. So I’m not utterly unlettered in the field. I also went through a bit of an obsession with the pre-Raphaelites as a teenager, and adorned the walls of my study with Rossetti, Burne-Jones and all the rest. Seeing the original of Isabella and the Pot of Basil in a Newcastle art gallery on a school trip was heaven. 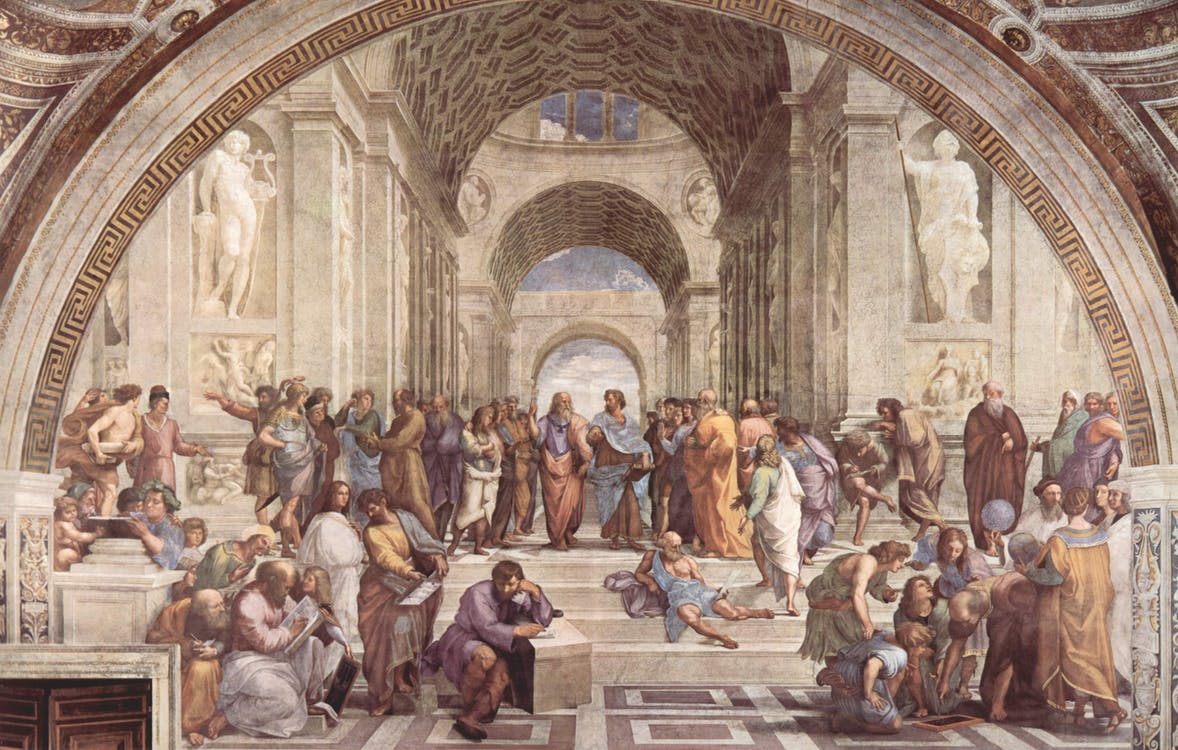 For all of this, I am conscious of being a bit of a philistine sometimes. I fall too easily into the trap of “I know what I like” boorishness and unsophistication. The flipside of that is that I think I am alive to the Emperor’s new clothes. Mondrian leaves me cold – it’s just lines and colour; anyone can do that – and really, really don’t get me started on Tracey Emin. I suppose I like representative art, paintings which are of something, which no doubt many art historians would regard as the height of obtuseness.

It’s also true that I have quite a short attention span. I rarely go to galleries (I really should do more of it), but when I do, I look at a painting, or a photograph, or a sculpture, think about it for a few seconds, then move on. I can be done with even a major undertaking in half an hour. I also have tastes which are easily decried by sophisticates as simplistic or bourgeois; I mentioned the pre-Raphaelites, and I’m afraid I love Jack Vettriano too. I saw a wonderful exhibition of his work in Kirkcaldy one very rainy August afternoon.

All of this aside, there is something about Graham-Dixon’s presentation which makes me want to learn more. His sense of wonder in the face of undoubted beauty is deeply attractive. The way he can scrutinise the tiniest detail, the finest brush stroke, and also understand the background, the context in which the artist was working, is captivating. Of course, with the royal collection, he was in hog heaven. I was particularly struck by his foray into Prince Albert’s print room at Windsor, where the curator revealed drawer after drawer of Raphael sketches, and the palpable joy within AG-D was marvellous to behold. And rightly so; the drawings were exquisite, and reminded you why the Renaissance was so important. 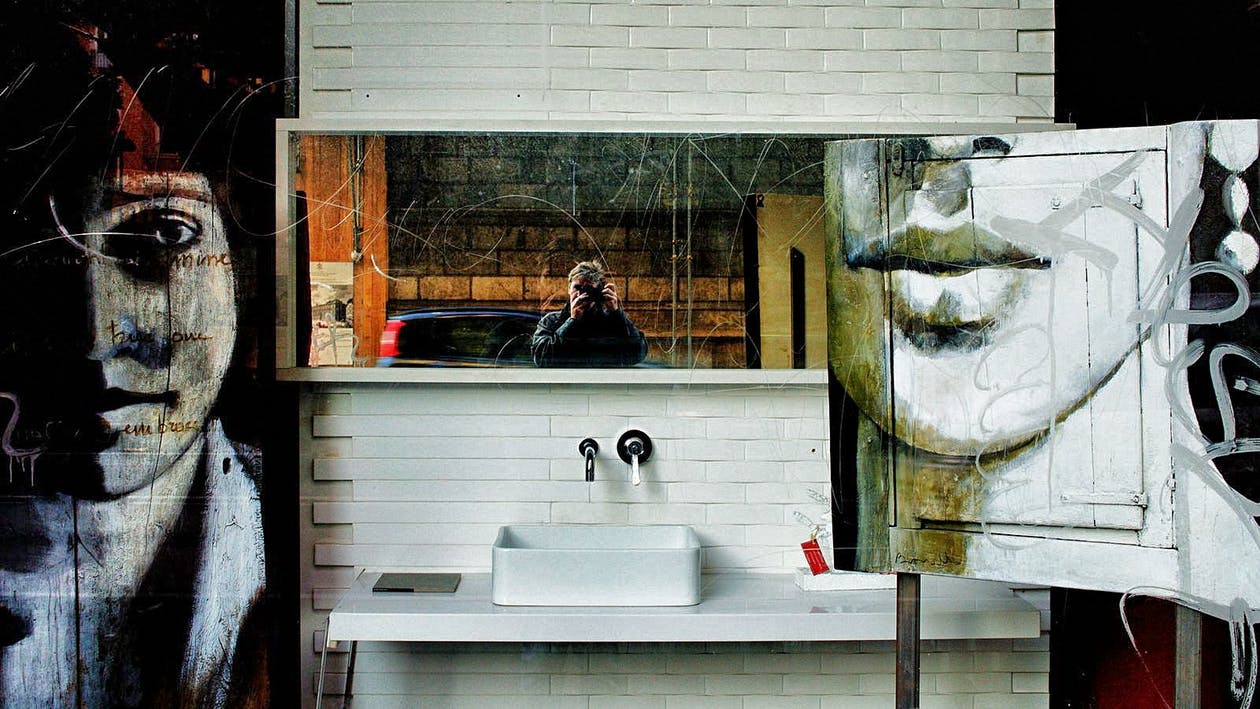 Why do I bring this up at all? What has it to do with anything? I suppose it’s because an appreciation of art seems to me such a civilised thing, such a refined way to spend some of your precious leisure hours. Partly this is a pose, of course. I think we all choose some of our likes and dislikes with an eye to how they will make us seem to other people. Certainly, for example, I am guilty of saying with too much relish that I have never read Dickens, to see the reaction it will provoke in the no-doubt-better-read. I have also argued to those whom I knew would disagree that Ulvaeus and Andersson are a finer songwriting duo than Lennon and McCartney, which part of me believes but not as strongly as, in my cups, I have put it.

There’s more to it than that, though. There are certain things, like reading a highly-acclaimed classic novel and actually enjoying it, that simply make you feel better about yourself. You feel a better, more rounded human being who has appreciated more fully the heights to which our species can soar. I think a brush with art history might be like this. It is an uplifting thing to go to a gallery and think more than “That’s a nice picture”. If I can return to Isenheim for a moment, it does make a difference to look at the Christ’s pock-marked body and know that the triptych was in the chapel of a hospital for the sufferers of ergotism. It was an attempt to connect the suffering of Jesus with their own suffering. That depth gives you a new perspective.

Don’t get me wrong, I’m not going to train up as the next Brian Sewell. I don’t have the voice for it. But maybe I will go to a gallery or two more often (the Courtauld Institute is one of my favourites – it’s the right size, and not too far from the Seven Stars, one of London’s best pubs). Maybe I’ll tarry just a little longer in front of each of the exhibits. After all, I have advanced degrees in early modern history, so I should understand at least some of the context of Renaissance art. Baby steps: maybe 45 minutes or an hour, just to see how it feels. A gentleman’s leisure.