By Joe Mellor, Deputy Editor A teenager with crippling phobia of needles was cured in time to get a lifesaving jab – thanks to HARRY STYLES. Beth Sansford, 15, refused to have all forms of injections – including the cervical cancer jab, which could have had worrying implications for her long term health. But now she […] 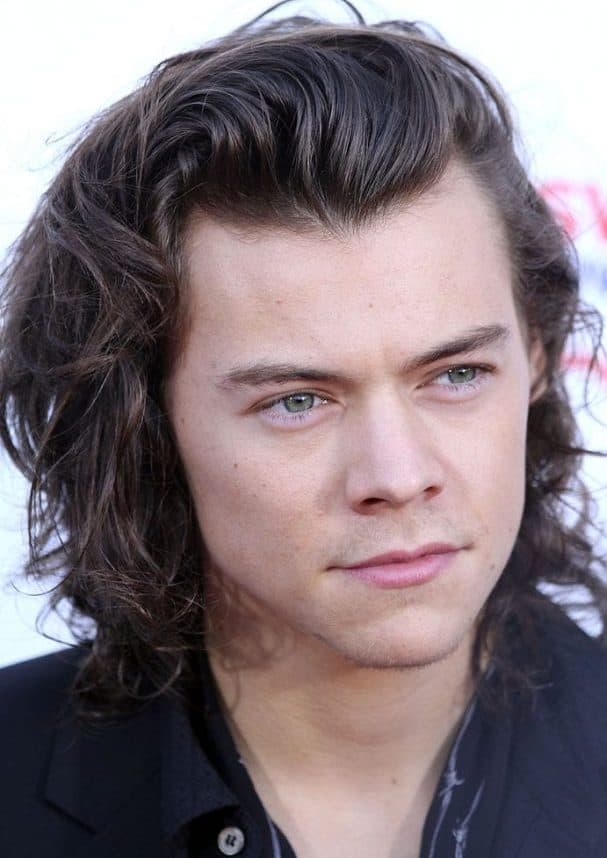 A teenager with crippling phobia of needles was cured in time to get a lifesaving jab – thanks to HARRY STYLES.

Beth Sansford, 15, refused to have all forms of injections – including the cervical cancer jab, which could have had worrying implications for her long term health.

But now she is happy to go under the needle, after a hypnotherapist taught her to visualise her celebrity crush, the One Direction hunk.

Beth, who has now had the anti-cancer jab, said: “I guess that is the power of Harry Styles and his beautiful face. It’s his healing power that did it.”

Throughout her life, her family had never managed to get her to have any sort of injection – she would scream all day leading up to them and kick up such a fuss that it was just impossible.

But miraculously Beth’s phobia disappeared overnight – when a hypnotherapy told her to just conjure up an image of crush Harry Styles whenever she had an injection.

Mum Ali-May Sansford, from Matlock, Derbyshire, said: “Beth’s father Michael and I had tried everything and it never worked.

“She has never had any kind of immunisation and we were really worried about her health.

“I think we have tried about ten times to get a needle into her but every time it failed.

“She would scream and cry all day leading up to it, and when it came to sit down and she actually saw the needle, all hell broke loose.”

The mum-of-two says her other daughter, Mya-Rose, 8, is absolutely fine with needles, which makes Beth’s phobia even more bizarre.

The turning point came when Beth was due to be a bridesmaid at her mum’s wedding.

She desperately wanted to look her best for the big day but was suffering from bad acne at the time – which doctors said would clear up if they could do a blood test to find what medication she needed.

Beth knew if she wanted to get rid of her spots she would need to have the blood test, but her phobia of needles was just too much and she just could not deal with it.

She said: “I knew what needed to be done but I couldn’t face it, every time a needle came towards me I screamed.

“I’m not scared of blood or anything, but the idea of needles terrifies me.” In desperation, the youngster turned to a hypnotherapist, who said she might be able to help out.

Ali said: “We spoke to a lady called Sally Thompson who said she had various hypnotherapy techniques which could help Beth.

“We thought we have nothing to lose, so we gave it a go.”

So, last month Beth went to visit Sally the evening before she was due to have her injection to determine what treatment she needed for her skin.

The teen said: “My mum was not allowed in the room – I was there with Sally for an hour and a half.

“She put on some calming music through some headphones and asked what scared me about needles.

“She also asked me what made me happy and calmed me down and I told her Harry Styles did.

“So Sally said she would connect a picture of him in my mind when I was about to be injected.”

The next day, Beth had to fast all day, and as the time she was due to have the injection approached she began to get upset.

Ali said: “She was very tearful and I couldn’t see Sally’s therapy working, but when we finally got in to see the doctor she suddenly became really calm and there were no tantrums.

“The doctor promised it would take a few seconds, but they couldn’t find a vein and it took about ten minutes of fiddling about.

“Beth stayed calm all the way through, with an image of the One Direction pop star in her mind.”

The blood test was a success and now Beth can have the acne medicine she needs in time to clear up her skin for her Mum’s wedding in April.

Clinical hypnotherapist Sally Thomson who told Beth to think of Harry Styles said she used hypnosis to put her in a deep state of focussed attention.

Then, she used the information given to her by Beth herself to create a vivid image in her mind at the point of having her blood taken – of Harry Styles.

She said: “I am delighted to have helped Bethany overcome her phobia and she can now look forward to the year ahead all the the lovely things she has planned, feeling her very best.”