By Jasmine Stephens, Family Editor Let’s face it, we’ve all done it; encouraged the kids to embrace some screentime to get half an hour’s peace, but a new survey has discovered that 70% of parents think that their children spend too much time on smartphones and tablets while on holiday. The survey of 2000 people […] 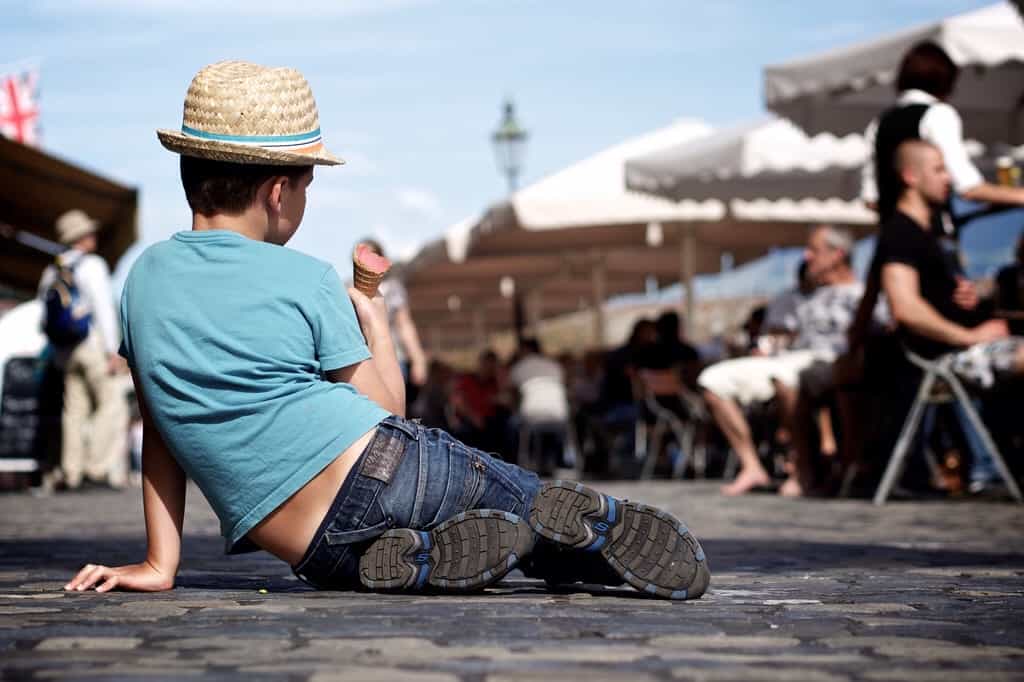 Let’s face it, we’ve all done it; encouraged the kids to embrace some screentime to get half an hour’s peace, but a new survey has discovered that 70% of parents think that their children spend too much time on smartphones and tablets while on holiday.

The survey of 2000 people by floridatix.com found that staying inside to play on their gadgets had also meant that 50% of children had missed out on enjoying a sunny day, 17% had lost the opportunity to make new friends, 12% had missed a family meal and 10% had skipped going on a holiday swim.

The results indicated that 71% of parents preferred the idea of playing traditional games such as I-spy and ‘rock, paper, scissors’ as they thought it would bring the family together more and 31% of parents also admitted they were concerned the impact of too much screentime could have on their childen’s health. Over half of parents thought traditional games would help improve their children’s social skills.

Simon Applebaum, Consumer Marketing Director at floridatix.com commented,“Keeping children occupied is always at the top of the list when heading off on a holiday, and it’s an easy option to put them in front of a screen, whether an iPhone or tablet. From FloridaTix’s latest research we’ve shown that parents are concerned about their children using technology and would rather they played traditional family games. Though technology can enhance experiences, it’s alarming to think that 50% of children on holiday miss out on a beautiful sunny day.”

“Playing classic family games like I-Spy are still popular and the study proves parents think they their children benefit from playing them, as well as keeping the family close together, as 71% of the nation claimed it brought all the family closer.”

FloridaTix.com found that the average times spent playing games on smartphones and tablets while travelling was 2½ hours, though one in five parents claimed their kids played for up to an hour daily when on holiday.

I’m pretty sure it’s not the tablets or the kids that are the problem here. An hour or even two spent playing games on their screens while on a long journey isn’t a bad way to pass the time; it certainly beats the squabbling and boredom that seemed to permeate car journeys when I was a kid, but we parents need to be honest, we all spend far too much time on our phones and tablets when we could be doing something more interesting. It’s too easy to use the Internet as a default time-killer and waste our holidays checking our emails and seeing what everyone else is up to on Facebook. If we truly want to make sure the family makes the most of the precious little quality time we get together, we need to lead by example and agree to switch all our gadgets off.