According to recent ONS figures, 2 in 5 marriages end in divorce, and roughly half of these occur in the first 10 years of marriage. Nearly 2/3 of divorces were petitioned by the wife, with unreasonable behaviour as the top reason cited for wanting a divorce. Interestingly, the law in England and Wales is such that […]

by Sam Allcock
in Family, Relationships 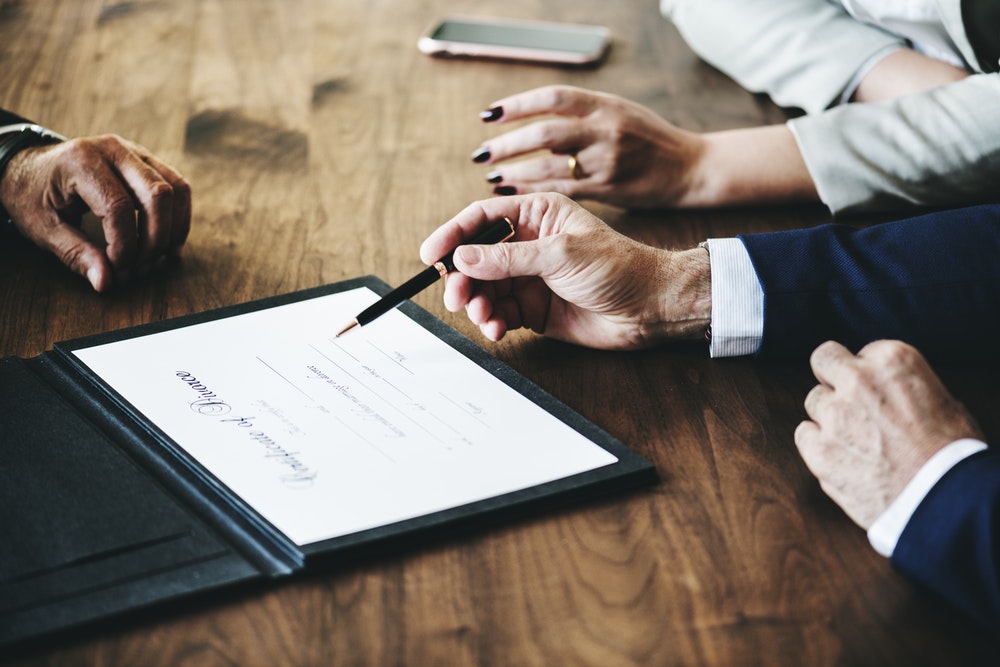 According to recent ONS figures, 2 in 5 marriages end in divorce, and roughly half of these occur in the first 10 years of marriage. Nearly 2/3 of divorces were petitioned by the wife, with unreasonable behaviour as the top reason cited for wanting a divorce.

Interestingly, the law in England and Wales is such that it requires one party to assume blame for the breakdown of the relationship.Divorcing couples must choose from the following grounds for divorce:unreasonable behaviour, adultery, desertion, or a proven 2-year separation. This will apply even if the intention to divorce has been agreed by both parties.

However, choosing what to put in the divorce petition is one thing, but what are the real reasons why marital relationships fail? While every couple is different, there are many commonalities when it comes to marital breakdown. Let’s take a look at the 5 most common reasons for divorce.

They say that money makes people go funny, and that can certainly be the case in a marriage. Money can affect a relationship is a myriad of ways. What if one partner is substantially wealthier than the other? Or one spouse earns considerably more? Or one is a saver and one is a spender?

When it comes to money management in marriage, husband and wife can have different value bases, lifestyle expectations and financial goals, all of which can cause frictions and power struggles that can put a real strain on their relationship.

They say that money and sex are the most common points of disagreement in a marriage. With unaddressed differences in libido, it’s all too easy for one partner to feel physically and emotionally neglected while the other feels excessively pressured. This is not a good long-term situation for any marriage.

Not feeling connected to your partner can lead to relationship breakdown because the special bond is weakening – you’re not communicating your love to each other. Whether it’s lack of physical attention or emotional intimacy, not spending quality time together or always being angry,there’s no positive reinforcement that draws husband and wife back together.

If intimacy with between spouses has been lacking, or anger and resentment are bubbling up, the affected marriage partner may look elsewhere for fulfilment. Many affairs begin as innocent friendships, only turning into sexual relationships later.

Lies and deceit are part and parcel of most extra-marital affairs, and once the truth is out in the open, the trust between husband and wife has been dealt a severe blow. One of the most common causes of divorce is cheating on your partner resulting in the breakdown of the marriage.

Honest and open communication is key in any relationship but if one partner prefers to share all their innermost thoughts and the other is less open with their thoughts, this can lead to problems. Not being able to communicate effectively can cause resentment and frustration for both partners.

Different ways of solving problems can be equally troublesome.If one person likes verbal jousting but the other isn’t used to settling issues by argument, no progress may be made. From constant bickering about chores to making snide comments or giving the cold shoulder, incessant negative communication can kill the relationship.

In a healthy marriage, there should be two equal partners.But what if other individuals seem to have more influence than is good for the relationship? Intrusive parents are one example that can drive a wedge between partners. Take the stereotype of the interfering mother-in-law, for instance,or the young wife who, emotionally speaking, hasn’t yet left the nest.

Ex-partners are another red flag. If there’s an ex-wife or ex-husband in the background who seems to have some emotional hold over the current spouse, this can create tension in the relationship. Have they really let go and moved on, or are there in effect three people in the marriage?

This can be made even more difficult when children from previous relationships are part of the equation. Different styles of parenting and the existing parent/child bond may all cause issues.