As Pride season gets in to full swing Bisexual Activist Lewis Oakley gives his take on the Pride over Profit debate.

by Lewis Oakley
in Discussion, Lifestyle 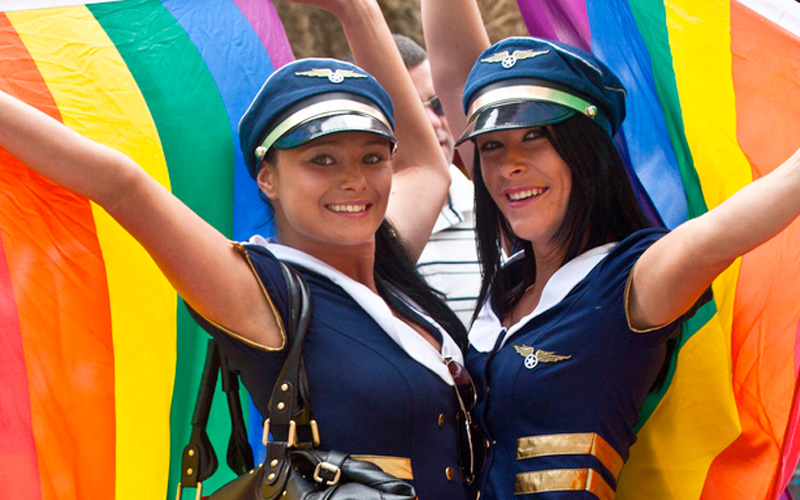 But in true British fashion, we can never just be happy and enjoy the moment we have to look for the negative. One of the great sources of debate at the moment are the ethical questions about brands capitalising on Pride. Are brands doing this just to virtue signal? Are brands making a profit off our movement? Should that cash go to the pockets of LGBT people and not big corporations?

The truth is at this moment in history we deserve a month to just sit back and enjoy ourselves. It was not that long ago that companies wouldn’t touch LGBT issues with a nine-foot stick. We still live in a world where in certain countries being gay could land you in prison or given a death sentence.

It is natural for seasoned activists like myself to worry about doing Pride ethically, but we may be missing the point. Regardless of where the money is going it’s a good exercise for the young ones, those adolescent LGBT people just coming in to their queerness. They get to see their favourite brands make their support for people like them abundantly clear. LGBT employees know that these brands have made a commitment to look after them when at work. If all we get out of Pride this year is younger LGBT people brimming with confidence we’ve already won by miles.

I used to not give a crap about brands joining in on Pride – like, why not, if they wanna slap a rainbow flag on stuff, fine. But this year so many companies are doing it, and it’s become so INANE, that I’ve lost all my patience. Just stop it. Fucking stop it. pic.twitter.com/r8P425378a

All of this also strengthens the ‘pink pound’ which can have many benefits. As companies see that it makes financial sense to support LGBT people, the movement becomes immortal. Like or loath their motivations, corporations won’t have anything stand in the way of profit. When there is a financial hit to be taken for standing against LGBT people companies will be less resistant to oppose people’s rights.

It’s could also help other campaigners in countries who don’t have the best track record on LGBT rights. Campaigners abroad can now make a financial argument alongside their moral ones. They get to say look at how much money supporting LGBT people adds to the economy. Personally, I don’t really care if these countries motivations for improving their stance on LGBT people is moral or financial as long as they improve.

With that in mind, it is important to spend your money on Pride, it will help. That’s not to completely ignore the areas of the LGBT in desperate need of funding, or the smaller prides who can’t afford to do a parade. But Let’s give it a few years and then start looking at the most ethical way to put that money back in to the LGBT community. The truth is we aren’t ready yet, we need to decide what it would look like, do we campaign for legislation? or a code of practice where 20 per cent of the profit has to go back to the community?

It’s not enough to moan about where the profits these brands are making go, we have to all agree on the best code of practice for these companies to observe. And getting LGBT people to agree on that might take some time.

As a prominent bisexual activist in the U.K there’s not a chance in hell I want that money going to an LGBT organisation, they have been responsible for underfunding bisexuals for almost half a century.

The American organisation Funders for LGBTQ Issues conducted a 40 year study in to LGBT funding and found shocking levels of neglect. Bisexuals only received $84k between 1970 -2010 compared to $34,143,243 to gay men in the US.

That unequal division of funding has not changed in the eight years since the publication of the report. One of their later reports found that the total amount given from foundations for bi-specific grants in 2009 and 2010 was $0.

Global LGBTI funding grew by 23 per cent, or $100 million (USD), in 2015-2016 compared to the year before. Yet projects focused on serving the specific needs of bisexual communities received only $2,000.

These figures are more alarming when you consider that bisexual people make up 52 per cent of all LGB people compared to the 31 per cent of gay men.

Profits need to be distributed fairly and at this moment in history we really don’t have a plan for what that would look like.