Alarmingly, according to the Mental Health Foundation, suicide contributes to the most deaths among British young people between the ages of 20 and 34, coincidentally during the period when they are most likely to be seeking to establish a career for themselves. Additionally, the Foundation reveals that 50% of mental health problems are felt by […]

Alarmingly, according to the Mental Health Foundation, suicide contributes to the most deaths among British young people between the ages of 20 and 34, coincidentally during the period when they are most likely to be seeking to establish a career for themselves. Additionally, the Foundation reveals that 50% of mental health problems are felt by the young age of 14 and 75% by 24.

While there are many triggers for the high levels of mental health problems experienced by youths, one notable factor cannot be denied. From the moment a British child joins school it is understood that they will be spending the next 14 years attempting to develop their skillset in the hopes that they will become employable. We are living in a society where an economic-driven reality cannot be denied.

It is necessary to get a job at the end of the education process, especially after all of the tuition fees that went towards it whether in school, or at university, or both; otherwise, all of that money will just go down the drain. As a result, it could be argued that many schools have adopted increasingly commercialised values in their endeavour to produce Russell Group students so that parents will continue to send their children to those schools. There is an increasing focus on employability from a drastically young age, making it harder for schools to nurture students’ natural abilities, talents and aspirations, and instead pressuring them into encouraging students to occasionally neglect their natural interests in favour of pursuing a degree that will make it easier for them to find a job at the end of it.

I distinctly remember the day, in our last year of school, when my friend was invited into the Vice Principal’s office so that he could denounce her dream of being a chef due to it being unpractical, using the argument that if she had low grades she’d get nowhere in life. Of course, 3 years on she’s currently doing better than most people who were in our year, having found a job as a chef in a highly-distinguished restaurant where you have to do a double-take when looking at the steak prices.

The nauseating focus on employability that has come to dominate a young person’s life stalks them into university, if they choose to go there. Throughout one’s school experience they will be intensely and consistently questioned about where and what they plan to study. They are expected to reply with a highly-ranked university institution or they will most likely be questioned with a confused, slightly concerned, stare. At university this does not end, except now you are constantly harassed with interviews about exactly what job you hope to obtain at the end of your degree. As you go through university you quickly come to realise that being in university doesn’t actually guarantee you a job in practice as you are additionally expected to have work experience behind you to make you appeal more to employers, but you have naturally struggled to gain that experience because you have been focusing on your studies the whole time! 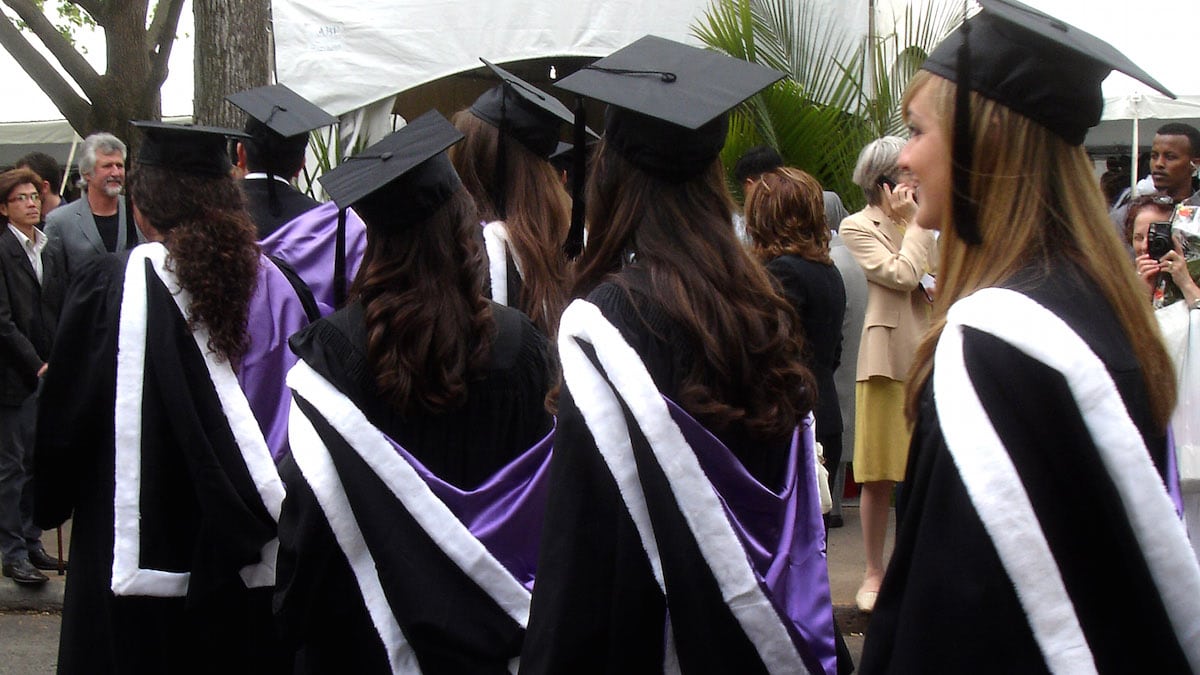 The Annual Student Experience Survey for this year revealed that 87% of “freshers’” students struggle with their academic or social life, strongly inferring the difficulties of being able to gain the expected work experience. What’s more, 37% of students specifically found it difficult to handle balancing work with studying. It is not unknown that there is a severe lack of funding for mental health services in the UK generally, and this is highly noticeable in universities. Particularly in institutions with a larger student population it is extremely difficult to sufficiently accommodate students’ needs relating to welfare. In my institution, the University of Glasgow, which hosts over 25,000 students, the counselling service is a measly little building that can only accommodate a handful of students at a time in proportion to the total population of students affected by mental health issues.

If you register at the service you might get an appointment in a minimum of 3 weeks, but probably longer depending on the demand (which is always very high). This appointment will serve as an assessment; if it is deemed that you require regular appointments you will have to wait again and then you will be given a block of only 6 appointments. I have heard of students, including suicidal students, who have been unable to get an appointment until months after experiencing a depressive episode. The Student Representation Council, in a desperate attempt to try to ease this situation, created workshops that students could go to in which they were taught how to help suicidal students. While the SRC was clearly only trying to be helpful, the prospect of students trying to prevent suicides amongst their peers after one workshop surely can’t be that effective as a solution.

There are really only 2 ways that this problem can be dealt with. Either, the government has to fish out extra money for mental health services, including university counselling services, or schools need to ease the pressure on employability. At the end of the day, a child is too young to be forced to think about how they will find a way support themselves before they have had the chance to even discover where their own passions lie. Eventually, most people will ultimately be able to get a job with or without having the Vice Principal belittling them for having low grades while providing them with insufficient support with both their studies and their wellbeing. Schools and universities alike need to have more of a balance of student welfare alongside employability rather than simply choosing one factor over the other.