Portia Antonia Alexis is one of the leading millennial London economists; she's walked the line between business and academia. 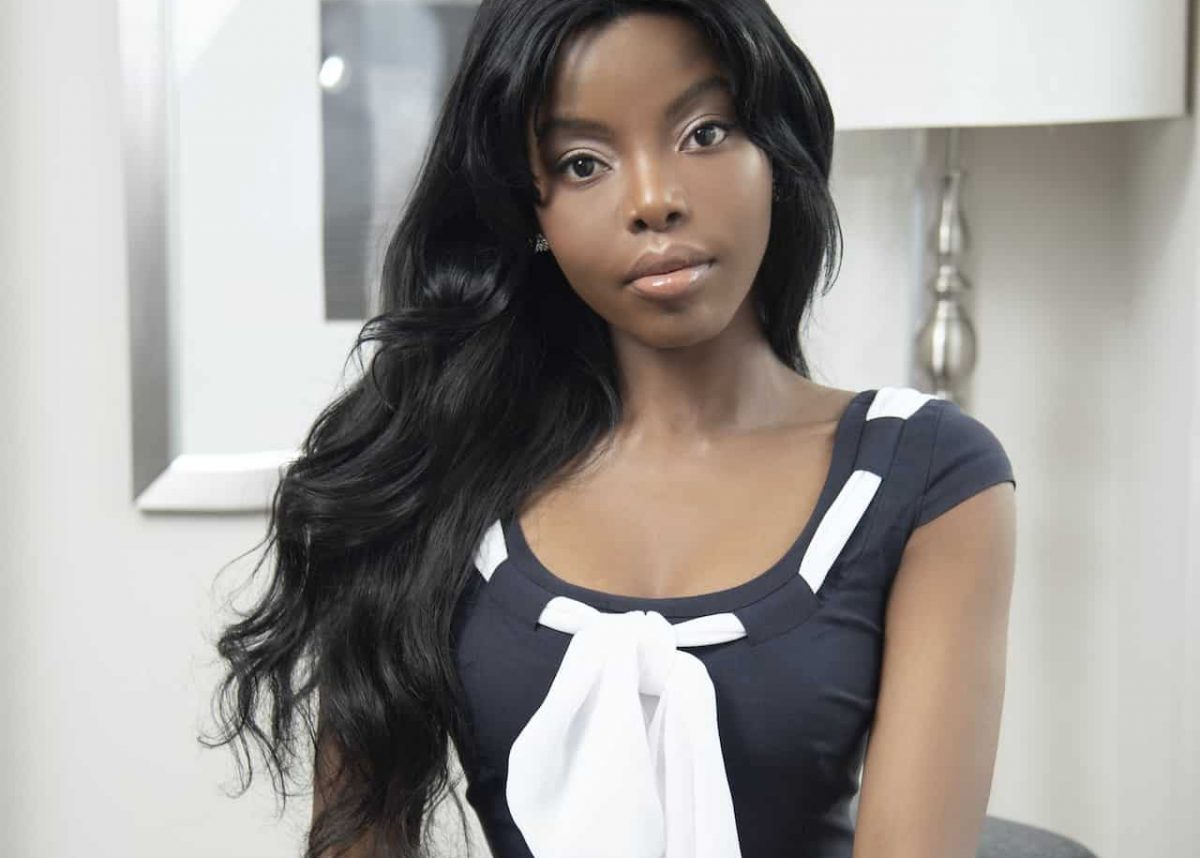 Portia Antonia Alexis coined the term ‘People Economics’ a method of using mathematical statistics as the application to investigate probability theories about contemporary socioeconomic issues. She has analysed the probability of social mobility within black minority groups in western countries, endogenous growth in wealth distribution using the Aghion-Howitt Framework and the exploration of complementary indicators to the GDP metric.

Her first publication Social Welfare Meter assessed the plausibility of GDP as a proxy indicator of human development. Her second publication, The Black Minority in Wealthy Countries analysed socioeconomic mobility trajectory of black minority groups in the most developed countries. Her third publication Status, Wealth Distribution and Endogenous Growth in the Aghion-Howitt Framework investigated the impact of the wealth distribution and status concerns on endogenous economic growth.

Recently she has turned her attention to tech and education in anticipation of her upcoming illustrated book series for GCSE students. She believes A.I in training helps steer developments in educational technology in a firmly ethical direction. Optimistic that specific tools such as virtual reality (VR), augmented reality (AR) or MOOCs (massive open online courses) will each play a role in the future classroom. Extensively experienced in consumer goods analysis, she is now analysing a new issue which she finds far more complex: social mobility, inequality and wealth distribution. She received a UN Change Maker nomination for her work within the field and sat down recently with The London Economic to all about it and give her advice to future leaders.

If you had one piece of advice for someone just starting as an economist, what would it be?

Read. You should try and read, soaking up as many ideas and arguments as you can. Investing 30 minutes of your time each day reading a newspaper, an article, a short novel, is a hugely valuable activity. This will give you a breadth of awareness, and it will improve your written work.

Contact you, subject teachers, for ideas for books that will broaden your horizons. Your UCAS form must include evidence of more extensive background reading, and you should add some personal thoughts and reflections on ho this reading has enriched your understanding of a subject.

There as numerous magazines and journals that are available from your school library. Plus, the internet can host some excellent websites. The economics department, for example, has passwords to some subscription-based resources including the Economist online, the Financial Times and some specialist research organizations. The growing range of Economics blogs might also be a productive avenue for keeping up to speed with exciting subject developments.

How do you know when you have the right idea?

You won’t know it. You can have a conviction that the world needs it. But you won’t say with certainty how people will react, and whether the idea will blow up. What’s interesting is that even if you disagree and believe that you can know with 100% certainty that the concept will succeed, your next step is still the same: to de-risk your idea as quickly as possible.

The idea alone isn’t enough. If the right design is executed wrongly, it will lead nowhere.

One way to make sure I’m on the right track is to ensure my ideas profitability. If a business model can be easily monetized. Whether I am selling a product or a service or even when I’m raising funds for a not-for-profit organization, robust fundraising is critical. That’s what makes a profitable idea stable. I also make sure to vet the area to see if there is enough of a customer base to ensure my business profitability. Even if my idea may not work for this criterion, I keep my options open because my research could lead to new opportunities.

Again, standing out or being unique is a great indicator your business idea is a good one. Having a unique value proposition will, in the initial stages of your business, give you a great advantage.

What’s the best lesson you’ve learned as an economist?

The best lesson I learned as an economist is that I can’t explain it all on our models, I must get out and meet the world.

Economics studies the behaviour of the people, and there are a lot of variables that can’t be explained in the models, and even if they could, those models would be useless.

When I started working as a researcher, I didn’t spend my time thinking about what Keynes or Hayek said, nor did I try to show how the mathematical models work. I just went to the data, applied some statistical analysis and applied them on the real world.

In your opinion, what are the top three traits that would make a person successful as an economist?

One of the essential traits to become a successful economist is to listen to what people have to say, be extraordinarily articulate and be driven by an intense and wide-ranging curiosity. That gets people engaged in areas that they might not otherwise have found interesting. And let’s not forget the basic sets such as mathematical attitude and knowledge of social sciences.

Numeracy is a crucial skill for an economist. From dealing with large numerical datasets to interpreting visual data like graphs, you’ll need to be comfortable handling numbers and working with mathematical principles. Therefore many economists take preparatory classes in mathematics before beginning work or study in economics.

But mathematics is not all you need to be a successful economist. Economics also has a lot of common ground with other social science subjects like psychology, history, and sociology. Having a working knowledge of both the factual basis of these subjects and the methods used in them is beneficial for economists who will be working on related topics.

What do you look out for when working with other economists?

Being an economist isn’t just about analysing numbers. You must able to communicate clearly. That’s why I tend to have my circle of diverse friends from scholars to artists that I’m comfortable with. We agree at times and agree to disagree at others, but we make sure to learn from each other.

I insist on the diversity criterion because I believe “homophily” -a tendency for people to interact more frequently with others like themselves -can result in segregated networks even when there are opportunities to interact with others from diverse backgrounds. It was proven by a study on social networks and their economic implications delivered by Stanford economist and former Kellogg professor Matthew Jackson. Homophily can influence decisions related to education, employment and overall social mobility.

It is essential both for economists as a group and as a phenomenon which affects the operation of the economy and the political environment in which policy is made and implemented.

What would you say is the key to your success as an economist on Twitter and Instagram?

Original content and simple vocabulary. I started noticing a massive spike in my following the day I published an article discussing a government fiscal issue with political implications without heavily using economics jargon.

I once came across an article by the “The Guardian” explaining how economics jargon promotes a deficit in understanding. From that came the idea of simplifying my publications and making them common-reader friendly.

Most importantly, I try to produce original information, information that is noteworthy enough to warrant retweets. And not only do I have to publish authentic information, but I also must have the right kind of followers to gain retweets, in titters case obviously.

You can’t be a hub without having a niche. The very word “hub” implies a heel – a sphere of influence or effect. You need to know your niche, and then become highly familiar with its nuances, vocabulary, hashtags and personalities.

Once you settle your niche, it’s important to form connections. Many hubs have a limited number of people they follow, and their influence depends on those who support them.

If you’re just getting started as a hub, you should follow the most people in your network. Most importantly, you should connect to “bridges”. Bridge influencers may not produce information, but they publicize it, and that somehow helps build a broad audience.

What’s your opinion about social responsibility?

My personal experience is that many academic economists believe that their work does not have much impact on society. Some lament this impression, because they think that the economy could work better if their insights had more impact on economic decisions.

Today, mainstream economists are hardly concerned with ethical or moral questions and have a very technical approach to their object of study. In the early days, many of the great first economists such as Adam Smith, John Stuart Mill or Karl Marx were as many philosophers as economists and were also involved in public policymaking.

I reject the belief in the irrelevance of economic research on society. Both economists and their ideas matter. Economists should hence acknowledge that their work is relevant and that there is a justified public demand for scientific analysis of and advice on issues of public policy.

Who do you look to as a role model?

While she nearly got a Nobel Prize and certainly deserved one, she suffered professionally from being a woman.

She was only appointed a Lecturer at Cambridge in 1937, well after she had already published several highly innovative and influential works. She was only made a Full Professor at Girton College at Cambridge University (which she had attended) in 1965, the year her husband retired from his professorship.

Rumour has it that she came closest to receiving the Nobel Prize in 1975. The Encyclopaedia Britannica reports that her left-wing political views may have played a role in her not getting it.

I was also inspired by the win of Esther Duflo, the youngest recipient and the second woman to win a Nobel Economics prize since it began in 1969.

There is a severe underrepresentation of women at all levels of the economics profession, not just among the Nobel Laureates in economics. There are not many women who choose to study economics among undergraduate students, let along with PhD graduates. Hopefully, this win will be eye-opening to young girls who want to pursue a career in economics to feel like they also can make it.

What do you want your legacy to be as an economist?

I want to shed the light challenges that arise due to ecological change and environmental degradation, the global decline in the labour share. The labour share refers to payment to workers as a share of gross national product at the federal level, or as a share of total revenue at the firm level. Its downward trend globally is evident using observations from macroeconomic data as well as from firm-level data.

Failure to coordinate appropriate policy responses in the face of these developments can spell troubling consequences for the future of economic growth. Indeed, the decline in labour share despite overall economic progress is often seen as the fuel that has fanned the fire of anti-immigration and anti-globalization backlashes in recent years, threatening a retreat of the decades-long progress made on trade and capital market liberalization worldwide.

I believe that economics can provide valuable guidance on ethical issues by focusing on the consequences of policy and clarifying the implications of viewpoints on how to aggregate these consequences.

All we can do as economists are to act in this sense and to have a careful, explicit examination of the relevant ethical issues that can guide the formulation of economic questions on such essential matters.