Patients who had an abnormal scan but did not have a history of heart disease and were at low-risk of developing it were 3.4 times more likely to die compared to patients who had normal results

A scan traditionally used to look at the brain could be an effective way of detecting potentially fatal heart disease, according to a new study.

It can be used to examine any part of the body but is generally associated with examining internal organs such as the brain.

Cardiac magnetic resonance, or CMR, has the potential to be a non-invasive and non-toxic alternative to traditional methods of looking for coronary artery disease, scientists say.

Currently these include sress echocardiograms, catheterisations and stress nuclear exams to identify the severity of coronary artery disease.

Despite being used in less than one per cent of all heart tests, scientists say it may not only be able to diagnose disease, but also predict which cases are potentially fatal.

The study, published in JAMA Cardiology, looked at more than 9,000 patients who underwent CMR at seven hospitals in the United States.

They were monitored for the next 10 years.

Patients who had an abnormal scan but did not have a history of heart disease and were at low-risk of developing it were 3.4 times more likely to die compared to patients who had normal results. 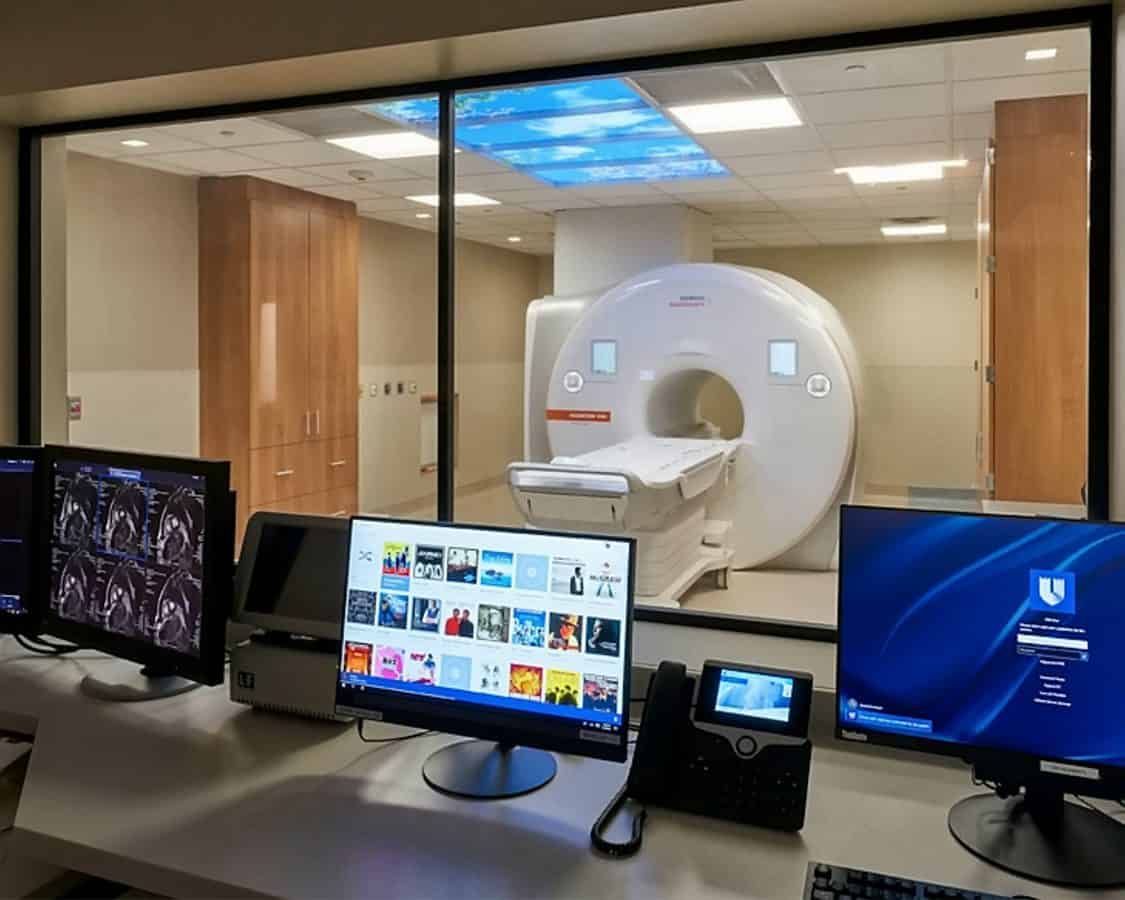 Researchers found there was a strong association between an abnormal result and mortality, even when the statistics were adjusted for age, sex and cardiac risk factors.

The CMR scan is said to works as well as or better than other exams at identifying heart wall motion, cell death and the presence of low blood flow.

And the technology does not require any radiation exposure as in the most commonly used nuclear stress tests.

Senior author Doctor Robert Judd, co-director of the Duke Cardiovascular Magnetic Resonance Centre, said: “We’ve known for some time that CMR is effective at diagnosing coronary artery disease, but it’s still not commonly used and represents less than one percent of stress tests used in this country.

“One of the impediments to broader use has been a lack of data on its predictive value – something competing technologies have.

“Our study provides some clarity, although direct comparisons between CMR and other technologies would be definitive.

“Noninvasive cardiac stress testing is a cornerstone in the clinical management of patients with known or suspected coronary artery disease.

“There are a number of reasons for the limited use of stress CMR, including availability of good quality laboratories, exclusion of patients who cannot undergo magnetization, and a lack of data on patient outcomes.”

He added: “With the findings from this study suggesting that stress CMR is effective in predicting mortality, we provide a strong basis for a head-to-head study between stress CMR and other modalities.”