Established in 2013, Four Pillars Gin began life as a project between wine industry veterans Cameron Mackenzie and Stuart Gregor – aiming to elevate the craft of distilling in Australia. Some years later, Four Pillars now vaunts a portfolio of six gins, having recently launched their Barrel Aged range of gins for the UK market. […]

Established in 2013, Four Pillars Gin began life as a project between wine industry veterans Cameron Mackenzie and Stuart Gregor – aiming to elevate the craft of distilling in Australia. Some years later, Four Pillars now vaunts a portfolio of six gins, having recently launched their Barrel Aged range of gins for the UK market.

Inspired by an Old Tom style from Ransom Spirits in Sheridan, Oregon, the team at Four Pillars decided to begin crafting aged gins at the end of 2013, using old chardonnay barrels. For this process, the choice of barrel was crucial, with the team looking to neighbouring wineries in the Yarra Valley Region. The first two barrels were sourced from the cellars of Tom Carson, the first winemaker to win the Jimmy Watson Trophy. These barrels were immediately filled with Four Pillars’ Rare Dry Gin (distilled with with fresh, biodynamic and highly-aromatic oranges), at a slightly higher proof. Six month’s later, the distillery’s first Barrel Aged Gin came to be. 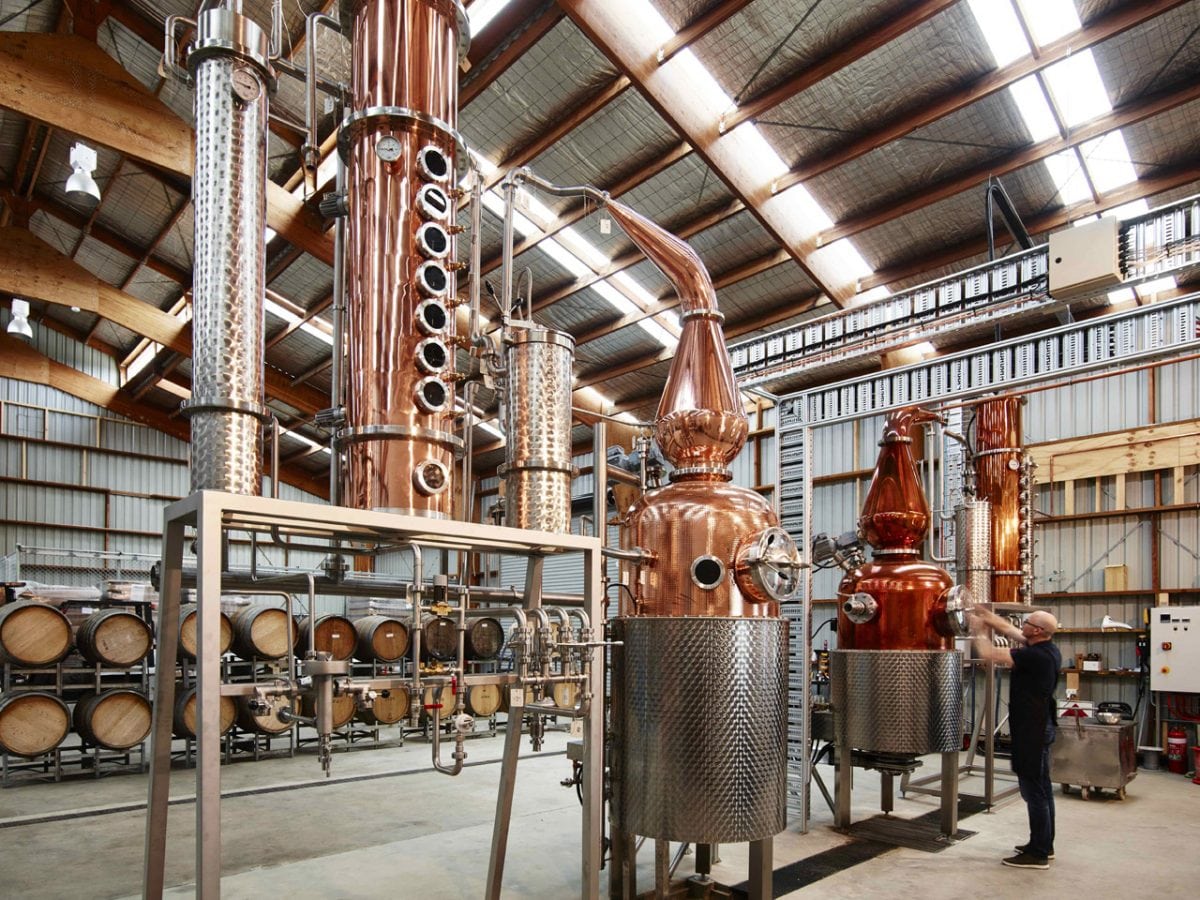 Fast forward to 2018: two brand new barrel aged gins have launched – Chardonnay Barrel Gin and Sherry Cask Gin – with Four Pillars’ solera of chardonnay barrels having grown from two to 16 since the first release. Using the distillery’s award-winning Rare Dry Gin as the base, both expressions are crafted with a technique which fills the barrels from the top row of a traditional solera system. The gins are then bottled from the bottom row. Four Pillars’ Sherry Cask gin is aged in a solera of 42 Australian ex-sherry barrels, vaunting a pronounced complexity and residual sherry character.

The Chardonnay Barrel Gin, on the other hand, is aged in barrels previously used to age Yarra Valley Chardonnay for six to eight years. This year’s expression has been aged in the barrels for an entire year (six months longer than the previous release), with the botanical oils having developed and changed dramatically whilst remaining distinctively gin. While the assertiveness of American oak complements bourbon, the delicacy of French oak works remarkably with gin, as showcased with Four Pillars’ Chardonnay Barrel Gin.

On pour, Four Pillars Chardonnay Barrel Gin is blonde (imparted from oak) with a juniper base that has become resinous in texture. On the nose, the liquid is complex with spicy aromas of coriander seed and cardamom which releases a pronounced ginger note. Elsewhere, elegant flourishes of jasmine are present alongside some preserved lemon peel and slight toffee. When sipped neat, cardamom’s presence remains omnipresent, manifesting gingerbread savours complete with more preserved lemon, oak sweetness, coriander seed and a light salinity that leads into the lasting dry finish.

A well-balanced, exceptionally quaffable gin – Four Pillars Chardonnay Barrel Gin is best when sipped neat or on the rocks, simply paired with a whisper of honey instead of typical tonic water.

The Four Pillars Barrel Aged Collection is available from Master of Malt, priced at £41.95, 50cl.