Victoria has never been a synonymous with great food. Home to Mango Tree and more West Cornwall Pasty Co. huts than anyone could ever need, the area has long served as a beacon of terminal disappointment rather than a dining destination. Once upon a time, not too long ago, a stale Upper Crust baguette served […]

Victoria has never been a synonymous with great food. Home to Mango Tree and more West Cornwall Pasty Co. huts than anyone could ever need, the area has long served as a beacon of terminal disappointment rather than a dining destination. Once upon a time, not too long ago, a stale Upper Crust baguette served with a dirty look was a comparatively acceptable excuse of a dinner.

Last year, however, a shiny new Nova complex opened between the station and St. James’s Park – bringing a cornucopia of shiny new places to eat before boarding a coach to the farthest reaches of Manchester, Plymouth or Glasgow. These all join A Wong and M, the second solo restaurant venture from former Gaucho Managing Director Martin Williams. Nova is now home to Aster, Bone Daddies, Franca Manca and Shake Shack. One of my favourite chefs and restaurateurs has also opened a brand new restaurant. Here, the bar staff don’t care whether paying customers live, die, or give up and go for a pint at that elitist pub on the corner of Lower Grosvenor Place – harbouring a bitter taste of Grammar School rugby and Saturday morning detentions – after 30 minutes of standing at the bar, having finally grasped the ability to become invisible. 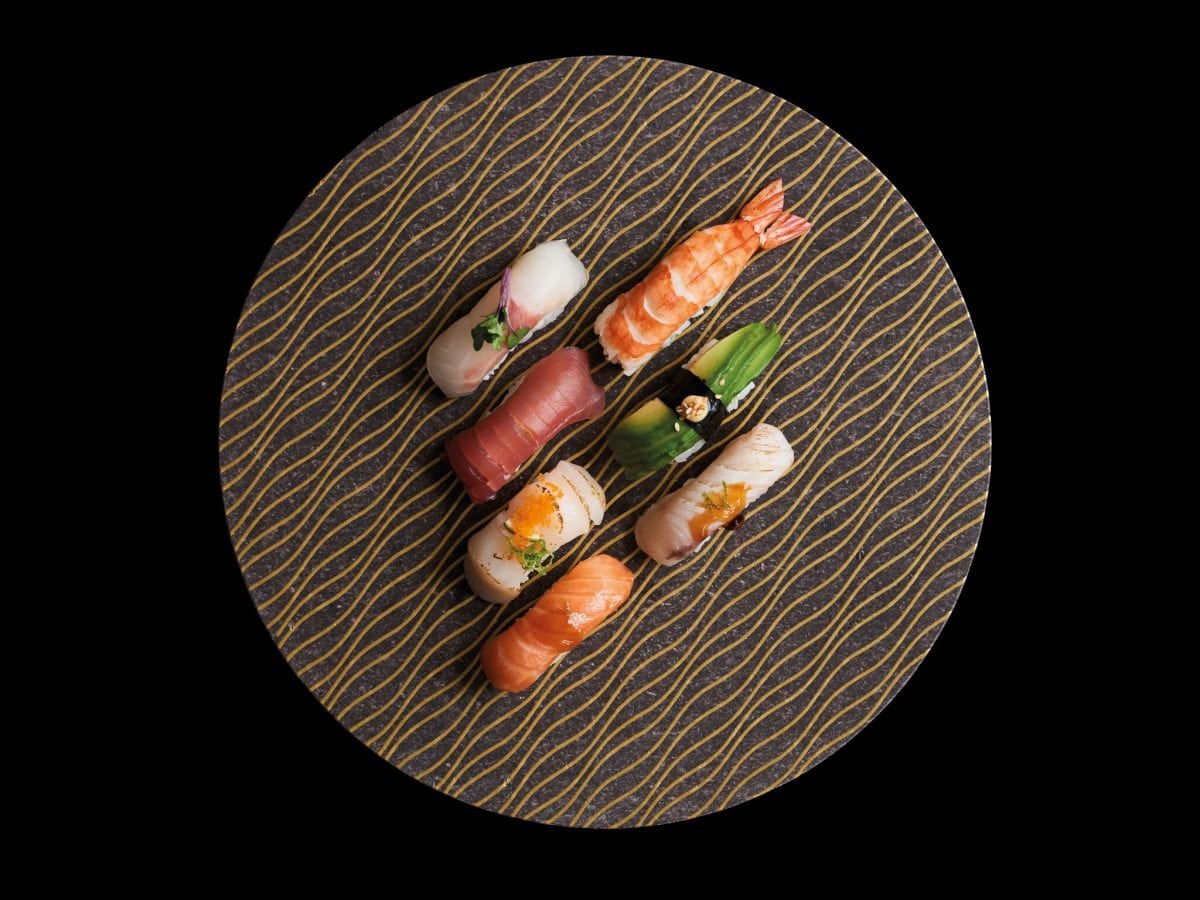 Just next door, a brand new branch of Sticks’n’Sushi opened at the end of last year. Focusing on Japanese sushi and yakitori (clearly), the restaurant’s concept was conceived by half-Danish, half-Japanese brothers Jens and Kim Rahbeck, and Thor Andersen, in a Copenhagen cellar during 1994. Since then, 12 outposts have opened in and around Copenhagen, followed by five in London (Wimbledon, Greenwich, Canary Wharf, Covent Garden, Victoria), plus restaurants in Cambridge, Oxford and Berlin. With the Victoria restaurant, Sticks’n’Sushi’s Danish roots are showcased with minimalist Scandinavian chic design. Set across two levels, the upstairs space is cosy with black ceiling arches like cloisters, walnut tables and chairs, sympathetically lit by globe pendant bulbs.

In terms of food, the new restaurant continues to specialise in a vast selection of sushi, sashimi, salads and grilled yakitori skewers (‘sticks’). Here, the glossy menu reads as though published by Condé Nast, with each dish photographed. Offering so much choice, a number of set menus are also available. Service is friendly, but initially sluggish. Once we eventually order a round of drinks and a selection of dishes, the food begins to arrive quickly. We begin with a plate of ‘ebi bites’ – the most pleasingly crisp tempura prawns I’ve had the joy of eating. Six fleshy prawns are butterflied and coated with greaseless batter, each embellished with a slice of red chilli, coriander shoots and a daub of miso-infused aioli. More miso aioli accompanies wedges of deep-fried Jerusalem artichoke, which are slick, under-seasoned and far less exciting. 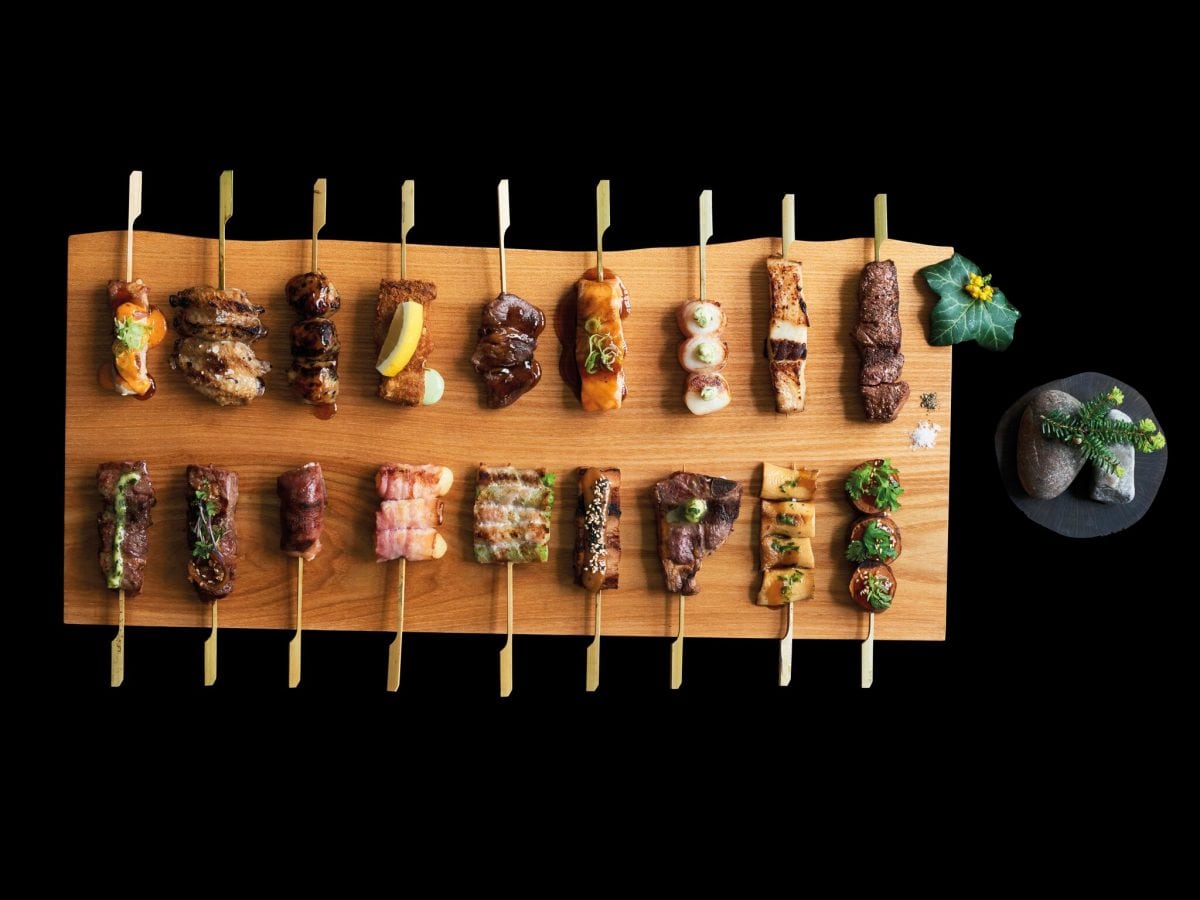 Also from the menu’s ‘bites’ heading, salon tartare is gloopier than typical, topped with a generous portion of trout roe that burst on the tongue: like Bubble Tea, but not disgusting. On the side, rice crackers coated with nori have welcome crunch to contrast the tartare and a brackish taste which would pair magnificently with a sakazuki of medium-sweet sake. From the ‘nigiri’ section, a simple slab of Yellowfin tuna is generally the best test of skill and quality. Here, a sliver of tuna is served at an ideal temperature, lolling on a mattress of menially warm rice. The Yellowfin nigiri is near perfect, but the mackerel variant is even more gratifying, teamed with a punch of ginger and spring onion.

More of those crispy prawns are featured within a sliced tubular maki roll. This time around, the prawns are breaded with panko, wrapped in rice and dressed with some fatty avocado, sesame seeds and a dusting of Togarashi – each contributing to a well balanced flavour profile. Sticks’n’Sushi’s yakitori, on the other hand, aren’t strictly authentic, but are mostly satisfactory. Three scallops the size of pound coins are wrapped in pancetta and dressed with herb butter. The taste of scallop is completely overshadowed, but the crunch of brittle bacon provides textural contrast. Skewers of panko-breaded duck breast vaunt duck that’s overcooked and leathery, though duck hearts with teriyaki glaze are remarkable – making tremendous use of a grossly under-appreciated ingredient. Desserts are fortunately trifling to follow such overzealous ordering (it’s easy to get carried away here). We share a small crème brûlée; classic but inoffensive.

Trouncing an average of one London restaurant opening per year since 2012 – Sticks’n’Sushi is rapidly growing into a rare enjoyable demi-chain operation. Banzai!