General perception of Chinese food in Britain has come along way since we began importing tea during the 17th Century. Now Britain’s favourite international cuisine, according to research conducted by Paymentsense in 2017, Chinese food was first introduced to London during the late 1800s. ‘The Chinese Restaurant’ in Glasshouse Street (near Piccadilly Circus) was London’s […]

General perception of Chinese food in Britain has come along way since we began importing tea during the 17th Century. Now Britain’s favourite international cuisine, according to research conducted by Paymentsense in 2017, Chinese food was first introduced to London during the late 1800s. ‘The Chinese Restaurant’ in Glasshouse Street (near Piccadilly Circus) was London’s first recorded Chinese restaurant, opened in 1908.

Until the 1930s, however, Limehouse in East London was considered London’s Chinatown, though the west-end overtook when a tide of Chinese restaurants openings followed a significant increase in Chinese population in Britain. Towards the beginning of the 1950s, many Chinese immigrants settled in Bayswater and Soho – leading to the emergence of Chinatown as it is known today. Legend has it that one of these restaurants, Lotus House near Bayswater, had become so popular in 1958, customers unable to get a table would order food to be taken home. And so, Britain’s first Chinese takeaway was born. 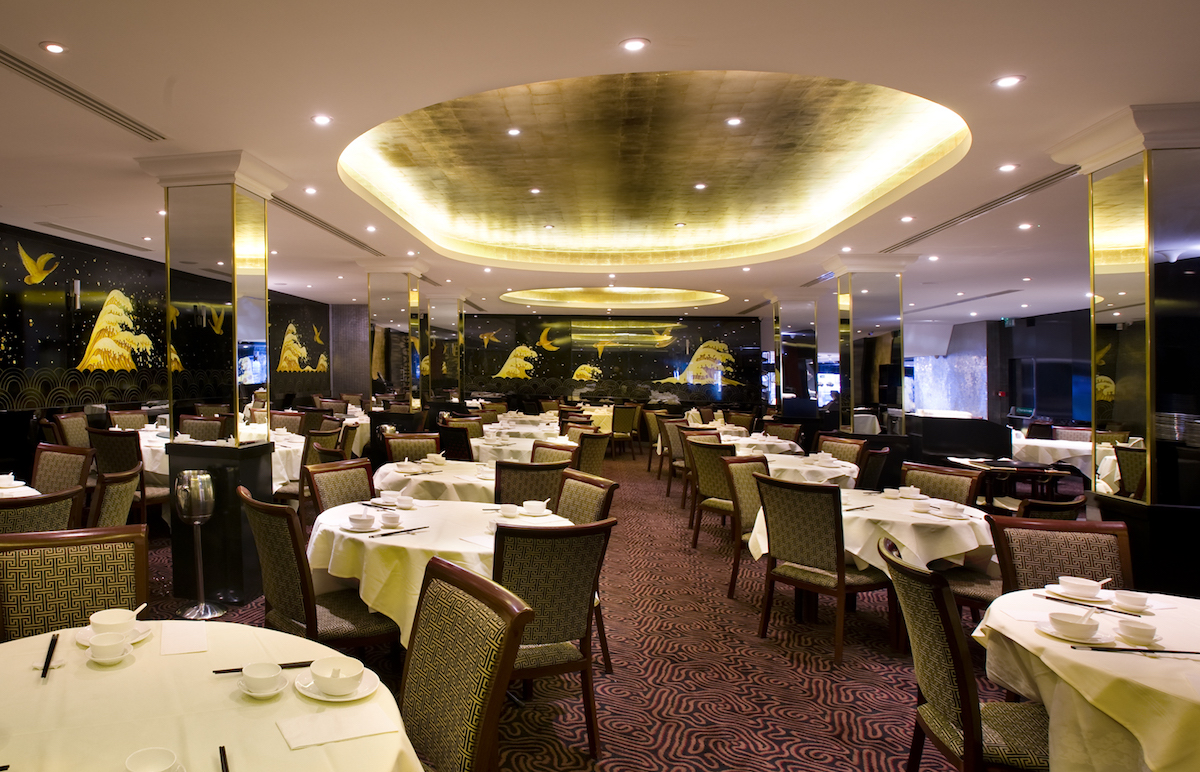 Some years later, Royal China opened on Queensway in 1996. Since opening, the restaurant has become famous for its traditional Dim Sum, with six restaurants from owned by the group now operating across London (plus one in Singapore). At the heart of an impressive Chinese community, Royal China Queensway occupies a huge 130 cover space, having recently been renovated. The original entrance has been transformed: the reception moved to the front of the building, and the bar re-positioned into the middle of the restaurant. Royal China’s main dining space is still old-fashioned, but endearingly so; elegantly decorated with red and black features, heavily starched tablecloths, an opulent gold leaf ceiling and a new hand-painted Chinese mural.

In addition to the dumplings, a pot of stodgy white rice is embellished with more chicken, plus cured Chinese sausage which brings cures the dish of terminal blandness. Chicken feet in a sticky sauce of black bean, chilli and soy, however, are the best thing eaten during lunch at Royal China. A delicacy often overlooked by British self-proclaimed Sinophiles, these particular claws are meaty, unlike so many scraggy alternatives offered in London restaurants. Although unforgivingly difficult to eat with chopsticks (even more so than the soup dumplings), these unctuous variants are evocative of gelatinous chicken wings, but with far more flavour – magnificent with the complementary permeating flavours of soy sauce and black bean. To finish, three freshly-baked egg tarts look like Mr Kipling jam tarts. The pastry is rich, buttery, divine; yet the filling tastes exactly like sweetened scrambled egg.

An ubiquitously classic Chinese dining experience, the dim-sum served at Royal China is by no means London’s most adventurous or contemporarily sophisticated, but nor is it touted as such. Dumplings purists and aficionados will revel in the lengthy, reasonably priced selection available at lunch.