RIGO is “a tale of chef Gonzalo Luzarraga’s culinary journey”, avers the restaurant’s website. Discovering the word “journey” on any restaurant menu, I’d generally rather take the direct route from the top of the Eiffel Tower to the ground. Without a parachute. Onto a mattress of those spikes that would always poleaxe Sonic the Hedgehog. […] 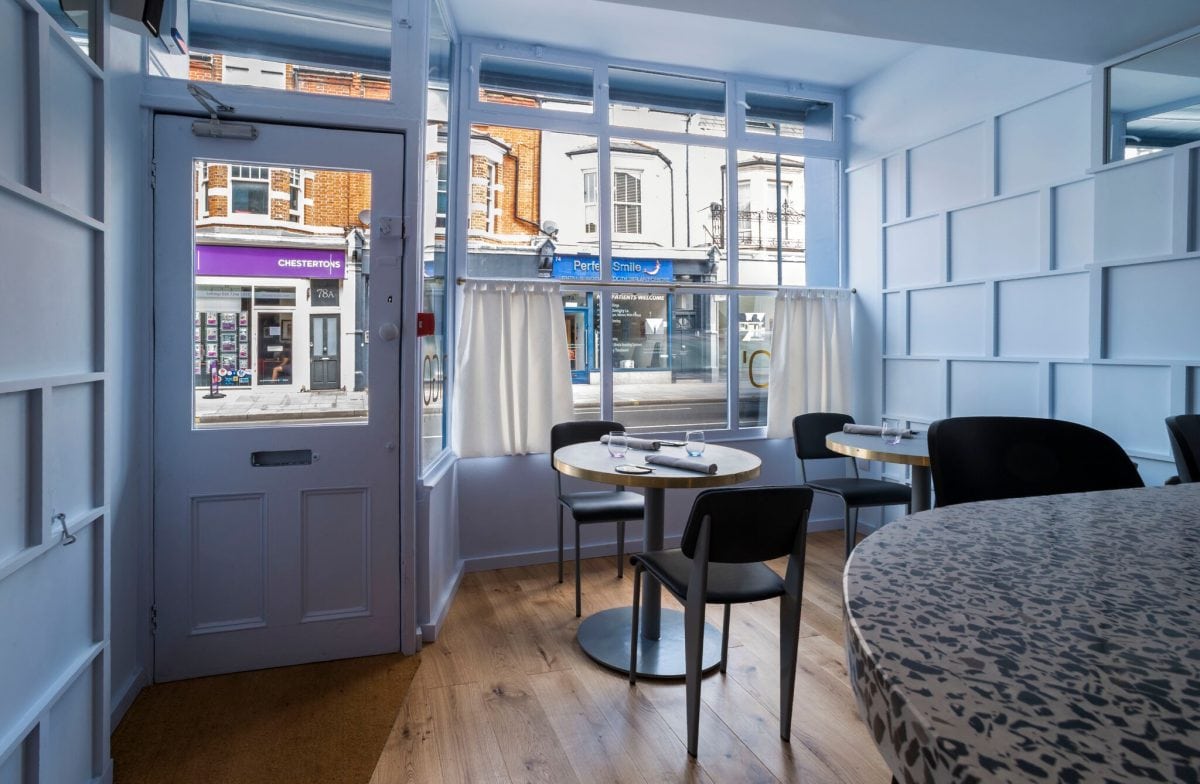 RIGO is “a tale of chef Gonzalo Luzarraga’s culinary journey”, avers the restaurant’s website. Discovering the word “journey” on any restaurant menu, I’d generally rather take the direct route from the top of the Eiffel Tower to the ground. Without a parachute. Onto a mattress of those spikes that would always poleaxe Sonic the Hedgehog. But that’s not the case with this Parsons Green restaurant.

Piedmontese for ‘journey of rigorous research’, RIGO opened last summer, drawing on Chef Gonzalo’s experience with chefs such as Alain Ducasse and Walter Eynard, plus skills learnt from his Grandfather – making bread and pastry as a child. Unassuming from the street, the restaurant is well lit and modern, in keeping with the food. The Chef Patron is on hand, this evening, and can be seen cooking in the small open kitchen. In addition, General Manager and Head Sommelier Frederico G. Dadone is also here, providing expert pairings to accompany Gonzalo’s tasting menu, with a prominent focus on orange and natural wines. (An a la carte menu is also available). Elsewhere, the service is very polished; generally omnipresent but not asphyxiating.

As for the opinion dividing food served, the cooking at RIGO is splattered with such unequivocal modernism, each dish seems like a work of contemporary art: but without the confounding pomposity. While many chefs attempt and inevitably fail to put their own, successful spin on fine dining, Luzarraga is currently tearing up the rule book – quietly setting the culinary world on fire from his tiny restaurant in west London. Above all, the food served provides concrete evidence that fine dining needn’t be imperiously stuffy, outdated and unexciting. In fact, dinner at RIGO is the most unique I’ve enjoyed in months. 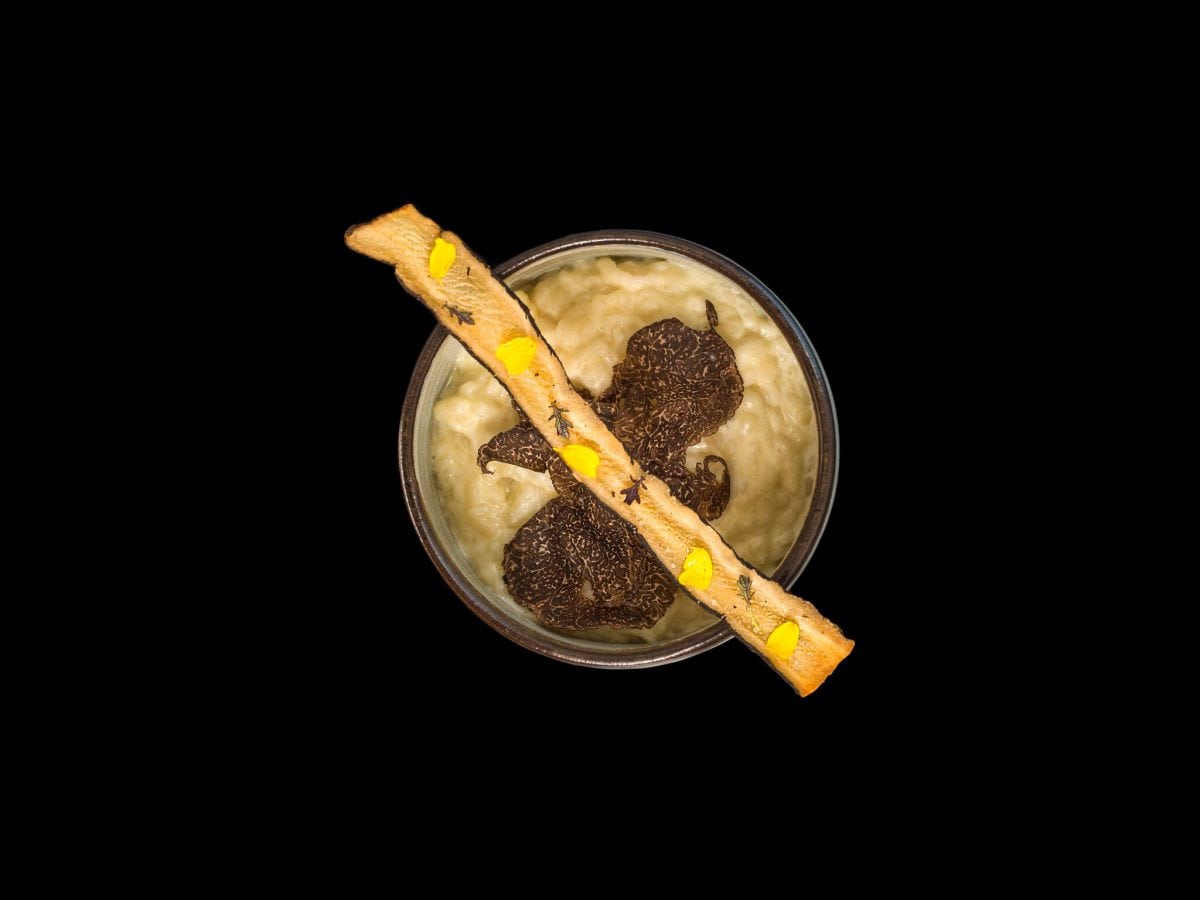 Dinner starts with a round of snacks. Spanish style snail croquettes feature finely-diced flesh that’s pungent with garlic: compacted, breaded and also deep-fried. This is a far cry from the oft grim Anglicised perception of slimy lettuce botherers in crash helmets. A tripe-based snack, also defies convention. Notorious for it’s texture, tripe (like most offal) has an unglamorous reputation in Britain. This particular wedge of stomach lining, however, has been boiled, dried then deep-fried – adapting a crisp texture, similar to honeycomb – but with intense bovine flavour that won’t be found in any of the cow’s prime cuts. Mortadella ‘ice cream’, on the other hand, features compressed pork and is served on an edible cone.

A loaf of sourdough follows, accompanied by butter which harbours the meal’s first use of anchovy. Perhaps needless to say, the brackish thud of finely chopped anchovy works tremendously with the otherwise unbothered whipped butter and warm bread. Next, a spiny sea urchin shell is served on a cradle of salt, concealing the fresh, clean echinoderm and bagna càuda with a whisper of fermented milk which tastes far less offensive than it sounds. One of the best dishes sampled, ‘Wild enoki’ is a risotto, of sorts; but without rice. Instead, dried enoki mushrooms are finely chopped and cooked similarly, harbouring intense flavour impeccably matched with aged Parmigiano and fistfuls of fresh black truffle. 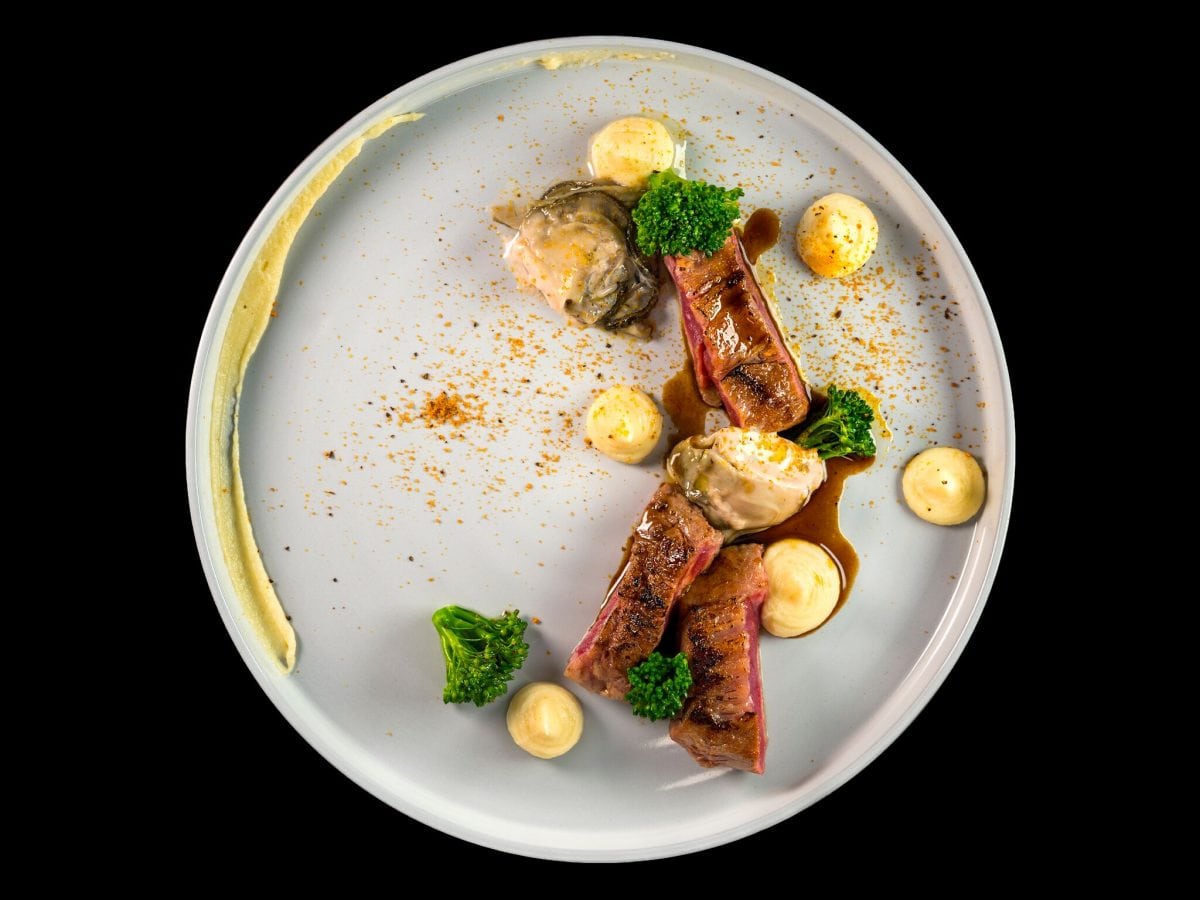 Another celebration of anchovy, a mound of al dente pasta is aesthetically simple – made with an ancient heritage wheat variety, no less – scattered with anchovy and fermented yeast powder, instantly liquefying on the tongue in place of sauce. Pluma of Cinta senese (‘Tuscan pig’) is confidently served medium-rare, elegantly plated amongst spears of broccoli, an oyster and daubs of silky parmesan puree. The meal finishes with, perhaps, Gonzalo Luzarraga’s most controversial flavour combination. A bowl of chestnut cream is topped with caramelised and crushed popcorn, like sawdust. These two flavours work in harmony, but I’m not sold on the crowning rocher of porcini mushroom ice cream. Petit fours of black garlic-spiked chocolate truffles dusted with bitter cocoa powder, on the other hand, are a pleasant surprise.

After dinner, Gonzalo Luzarraga escapes the kitchen and chats about the menu with contagious passion. It’s instantly clear the chef relishes his (mostly) excellent food; and RIGO is all the better for it.