Pride is a double-edged sword. To be in the right, I’ll take the most extreme measures, yet there’s something oddly rewarding about being proven wrong, on occasion, especially when done with such pizazz, such finesse. At the beginning of last year, I visited Monica Galetti’s pop up at the top of 30 St Mary Axe […] 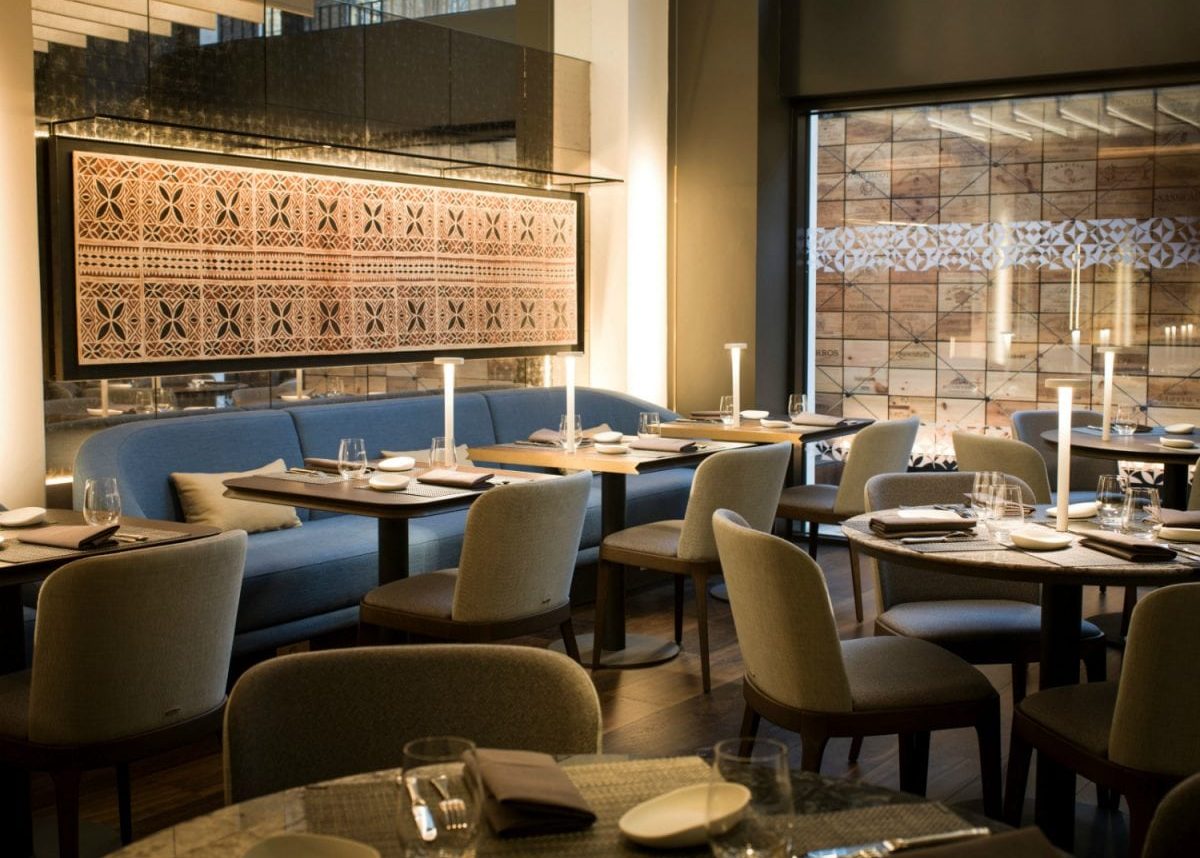 Pride is a double-edged sword. To be in the right, I’ll take the most extreme measures, yet there’s something oddly rewarding about being proven wrong, on occasion, especially when done with such pizazz, such finesse.

At the beginning of last year, I visited Monica Galetti’s pop up at the top of 30 St Mary Axe (The Gherkin) for lunch. I’d never had the chance to visit Le Gavroche with Monica on board, but I’d heard great things, as well as having followed MasterChef: The Professionals, almost religiously. Alas, the sky-high meal was less than remarkable. My hopes hadn’t necessarily been shattered, but cracked at the very least.

Earlier this year, however, the chef opened her first permanent restaurant with husband David Galetti. Joining a number of incredible restaurants in Fitzrovia, Mere is set across two floors and serves a menu of ‘Modern-European’ food with a Samoan twist – in homage to Monica’s roots. Upstairs, the bar is decorated in a shade of rich navy blue. In many ways, it’s evocative of Hemingway’s ‘The Old Man and The Sea’, and I’m left feeling like a weathered old sailor (or a typical Journalist), supping on a pre-lunch gin at the crack of noon. Downstairs, apart from the food, the deluge of natural light that cascades through the windows, that stretch the length of both floors, is most captivating. Sat window side, were able to peer up at passers by, caught in the rat race with bags of itsu salad. Monica, herself, is on hand during this afternoon’s service, greeting customers at the table between cooking in a fashion similar to Michel Roux Jr. at Le Gavroche.

The menu reads like an absolute dream, rendering it almost impossible to choose just one of the dishes on offer for each course. Eternally drawn to octopus (£14), no less, a fair-sized tentacle arrives having been cooked ‘a la plancha’. The dark, charred outer suggests that some aggression has been employed throughout the process, yet the fish is soft as butter, cooked perfectly – as is such a rarity on this side of the Mediterranean Sea. This is joined by a side of equally charred fennel on a bed of capers, raisins and ‘Nduja, though the spice isn’t quite present on the palate.

On the other side of the table, a transparent glass bowl holds a starter far daintier with flavours evocative of summer. Fresh petit pois (£12) vivid as a Stabilo highlighter are accompanied by dollops of ricotta cheese infused with lemon, cleverly binding the two prominent flavours. To add texture, two crackers stand to attention, though they’re a little on the thick side. The pigeon main (£32) is, undoubtedly, the best thing eaten at Mere; employing rhubarb – Queen of the spring allotment – in a style that’s a refreshing cessation from its place as a dessert classic. Both breasts are cooked perfectly – blushing inside with a crisp skin, though it’s the Moroccan-inspired pastilla of braised leg meat that’s most astounding, wrapped in crisp filo pastry. What’s more, the subtle sweetness of the pastilla is contrasted by the tart rhubarb. Combining two of my all-time favourite ingredients, the dish executes both with unimaginable justice.

The lamb main (£34) is another class act, showcasing two woefully under-loved cuts. Hunks of rump from the top of the leg are cooked medium-rare, while a disc of breast is slow-cooked and crisped at the last minute. Both cuts are not only cooked terrifically, this dish proves that a lamb dish needn’t boast flashy cutlets to be worthy of such a fine dining destination. To finish, we’re amongst the first to taste the new ‘Malt’ (£11) dessert. A stand-alone brûlée has notes of roasted malt barley, like a pleasant combination of Horlicks and Brooklyn Lager, while a granola of pearl barley and coral-shaped shard of light caramel add texture. It’s the lime and lager sorbet, nonetheless, that brings all of the flavours together in complementary unison, against all odds.

In an area surrounded by eating and drinking establishments and little more, Mere is a somehow welcome addition to the neighbourhood. And with Ollie Dabbous’ eponymous restaurant set to close, for good, in the summer: as of June, Mere may well become my new favourite Fitzrovia restaurant.