I should come clean. Although I’m a particular fan of the cuisine – no stranger to jerk chicken and plantain chips are one of my favourite snacks – I am by no means a connoisseur of Caribbean food. This can, perhaps, be attributed to  spending the past 16 years  living on what’s arguably the wrong […] 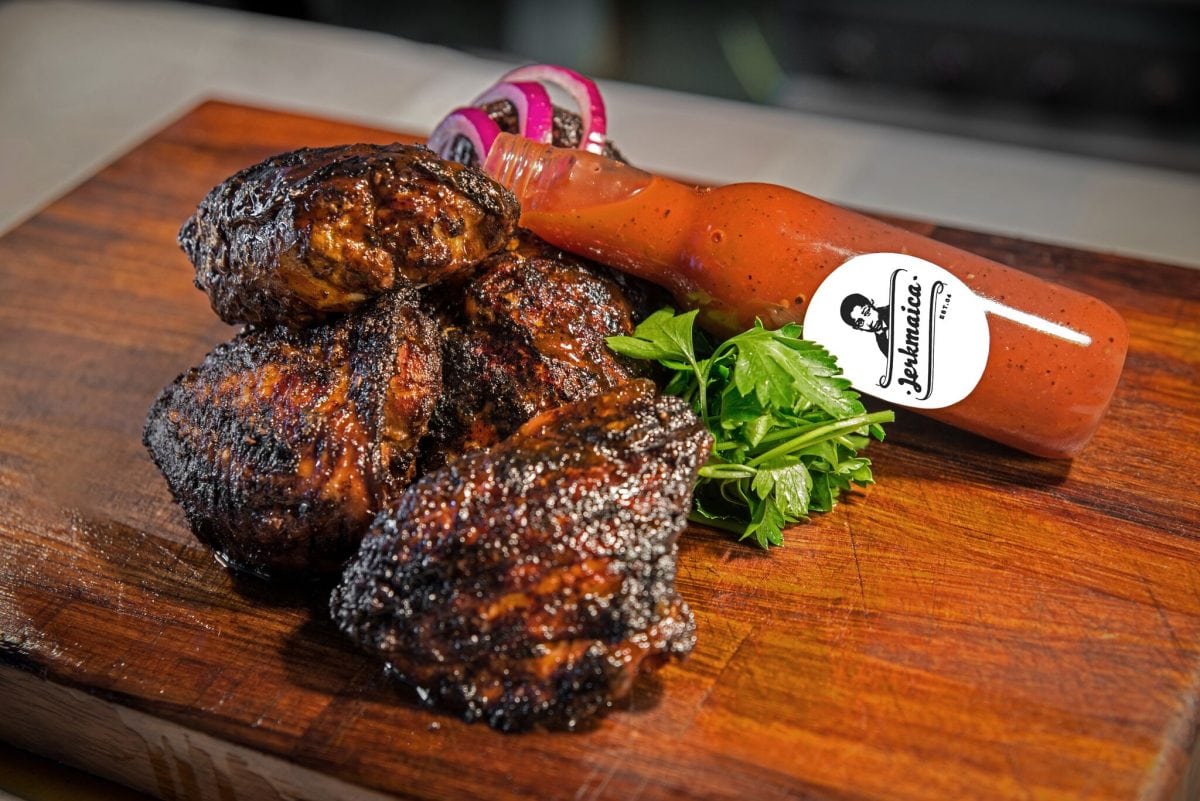 I should come clean. Although I’m a particular fan of the cuisine – no stranger to jerk chicken and plantain chips are one of my favourite snacks – I am by no means a connoisseur of Caribbean food. This can, perhaps, be attributed to  spending the past 16 years  living on what’s arguably the wrong side of London in terms of  access to any exceptional Caribbean food hotspots.

And so, as we make the short walk from Finsbury Park station to one of Jerkmaica’s three sites, I can’t help but feel apprehensive – will I know what to order? In short, I needn’t have worried. Originally opened in 2004 as a sit-in restaurant by self-proclaimed ‘lifelong foodie’ and second generation West Indian, Gary Bailey, Jerkmaica’s original Crouch End site and two additional locations (launched only recently) have been reimagined as ‘fast food outlets’. Gary’s mission is not only to bring the Jamaican flavours of his childhood to London’s food scene, but to position the food of his heritage as a viable quick lunch or dinner option.

Despite its name, Jerkmaica focuses primarily on roti: a hearty flatbread traditionally served with combinations of goat, chickpea chana, slow cooked pork shoulder, jerk chicken (obviously) and more. Gary, who is proudly manning the kitchen and its real fire grill when we enter, even recently launched London’s first chocolate roti. The fast food joint approach is obvious – we’re told to come back to the bar to order – but not intrusive. The interior is a mixture of dark paint, bright red graffiti and family portraits: Jerkmaica’s logo (we are told) is a likeness of Gary’s brother. The atmosphere is warm, yet energetic. 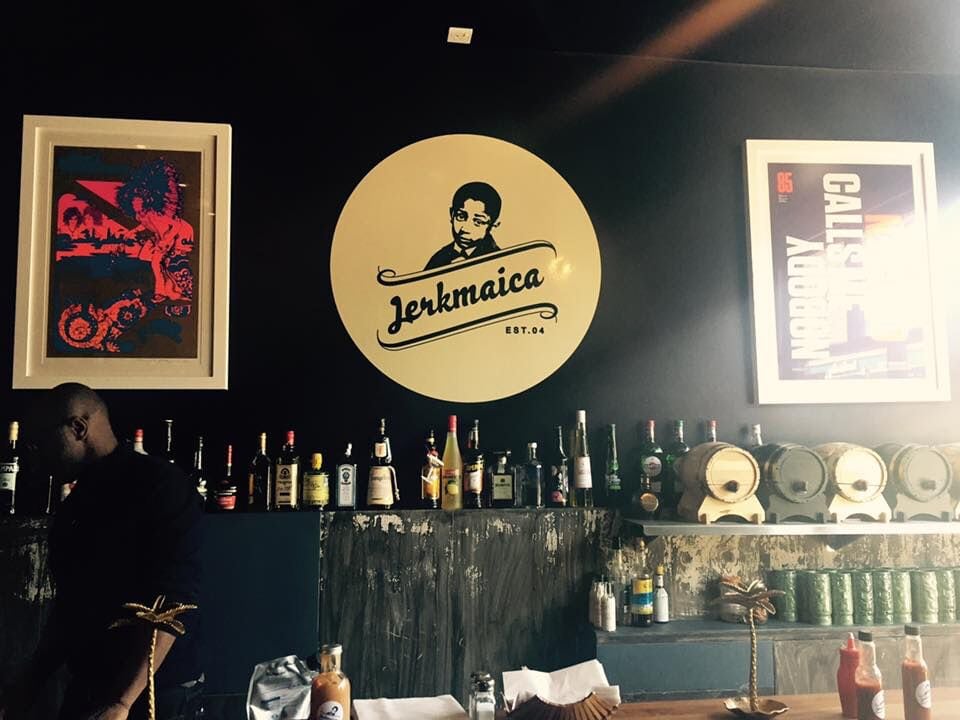 We take our window seats and let the Rum Punch transport us away from the rainy, North London evening to the tropical climate of the Caribbean. While we wait for our food (which we are advised will come out as it’s ready). We begin with Propa Curried Goat (£8.50), Vegan fritters (£2.50) and rice and peas (£3). Each dish arrives in a paper bowl, intended to be shared between the plates already on our table. From the first bite, I struggle. rankly, I’d like to keep all of these to myself. The slow cooked goat is boneless and succulent. Although I have a fork available, I don’t need it, as the spoon is enough, with the meat falling apart at the slightest touch. The sauce is hearty, with a little kick, which is perfectly balanced by the zing of fresh pickled cucumber (served with the fritters), the softness of the fritters and the robustness of the rice and peas. Finishing the first course , I’m already checking my diary, setting a second date to visit.

Next up: Jerk Pork Open Roti (£7.20) is served with chopped lettuce, those pickled cucumbers, fresh onion and carrot comes with slightly spicy chickpea chana. Gary explains that the roti is something he grew up eating on special occasions, but feels it is the perfect vessel for a quick meal – just roll it up and you’ve got an on-the-go lunch, which will blow any cheese and pickle sandwich out of the water. Again, the meat is tender – it’s reminiscent of a pulled pork bun in flavour, but it’s so much more. The slight spice is offset by the acidity of the pickles and the whole wheat roti has been charred on the open fire, packing some real BBQ punch.

The savoury section of our meal ends with jerk chicken, fat fries and fried plantain (£3 each), served with homemade jerk sauce and homemade jerk mayo. While the fries are delectably fluffy, the jerk chicken and fried plantain command all my attention. The plantain is soft and sweet in the middle, with a lovely char on the outside and the jerk chicken, while room temperature, has by no means dried out. It’s succulent and packs an immense amount of flavour.

Just as I consider ordering another portion of that plantain, our dessert arrives: waffle, vanilla ice cream and fried plantain. Waffles are one of those desserts I always like the sound of, but rarely order because they’re generally both huge and a little boring. Vanilla ice cream? Yawn! In this case, I am wrong. The waffle has been cut down to size and is covered in cinnamon sugar – like churros. The vanilla ice cream is real vanilla, not Mr Whippy soft serve and of course, I don’t think I need to describe that plantain again, do I?

In short, next time you’re planning a bowling trip to Finsbury Park, make some time for Jerkmaica. I agree with founder Gary Bailey: this is what London’s foodies have been missing.