People often ask me for recommendations on where to get the best steak, and I’ll often reply with just three words: “your nearest butcher’s”. Because, let’s be honest, steak is generally best when it’s cooked (properly) at home. A completely subjective experience, everybody likes their steak to be cooked differently – even interpretations of ‘blue’, […]

People often ask me for recommendations on where to get the best steak, and I’ll often reply with just three words: “your nearest butcher’s”.

Because, let’s be honest, steak is generally best when it’s cooked (properly) at home. A completely subjective experience, everybody likes their steak to be cooked differently – even interpretations of ‘blue’, ‘rare’, ‘medium-rare’, ‘medium’ and ‘well-done’ can differ between restaurants. At home, though, you’re in complete control of the cooking – which isn’t too difficult, following some simple rules – and the reward of something toiled over is generally far more enjoyable. Besides, if it’s a monumental failure – you’ve only yourself to blame.

Then there’s the fact that steak isn’t necessarily the most exciting dish to order in a restaurant. Once upon a time, steak was typically reserved for the tastelessly unadventurous or those who simply couldn’t be bothered to read an entire menu. Even in today’s society, many restaurant kitchens feel they have to offer a steak of some sort, if only to keep everybody happy, thus resulting in writhed quality. Steak culture has exploded in London, however, since so many American-inspired steakhouses have made their way across the pond. If ever there were somewhere to order a steak, surely it should be within a steakhouse. Yet so many of these temples of toxic masculinity pride themselves on serving overpriced meat that’s all-too-often overcooked and underwhelming.

Stylised as “an Argentine speciality restaurant”, rather than a steakhouse, Gaucho was launched in 1994. Though the group’s restaurants have various macho traits affiliated with the new wave of steakhouse, Gaucho is largely different – namely in the fact that the produce is generally very good and steak is actually cooked well. On the Southbank, between London Bridge and Tower Bridge, Gaucho’s Tower Bridge restaurant is monochromatic and well-lit during the day, with floor-to-ceiling windows offering stunning views of Tower Bridge. 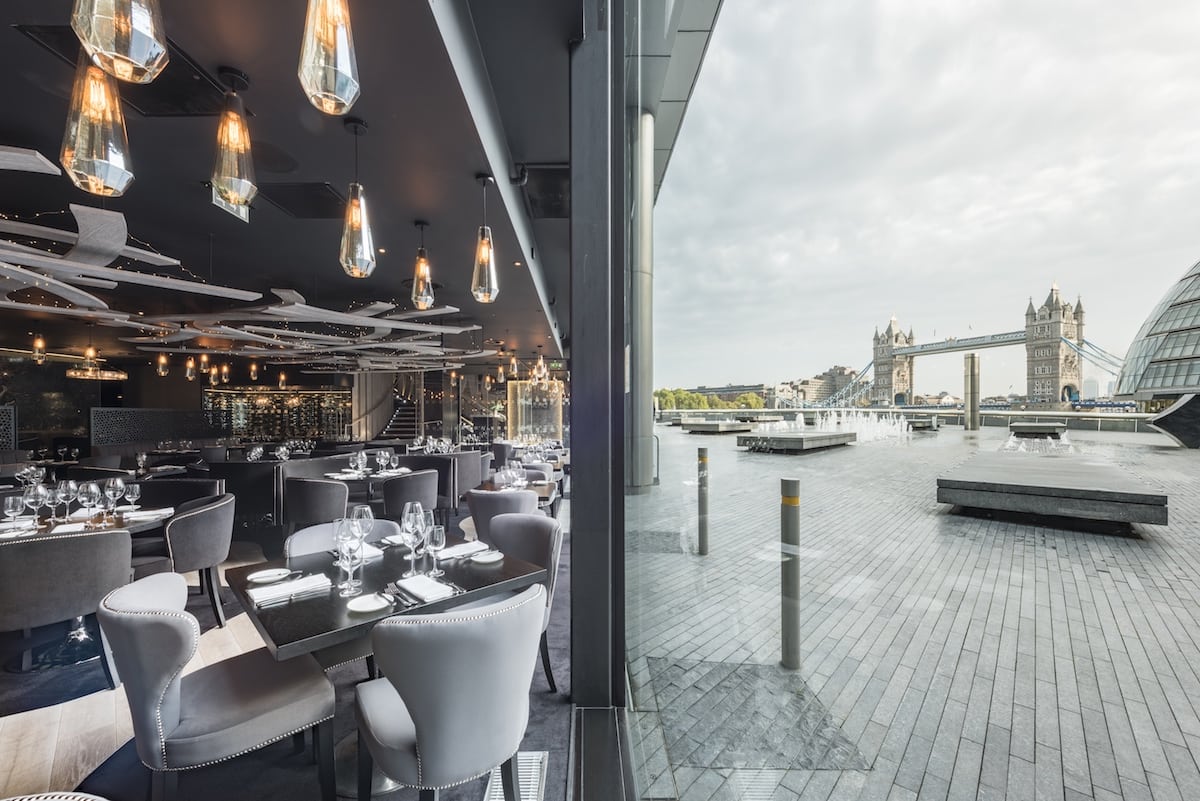 Here, all of the steak served (and there is a lot) comes from beef reared in Argentina before being transported to the chain’s various restaurants. Then there’s the rest of the menu. Apart from numerous steak cuts, the a la carte menu also pays attention to treats less bovine. For starters, the first Succotash I’ve seen on a menu in the UK since twelve years before I was born is joined by spiced corn soup, or various tartares and tiraditos of fish. Served in a cast iron pan, pan-fried Provoleta cheese is lavishly insalubrious, embellished with honey and oregano, before spring onion and ají molido work to transport the dish from the Mediterranean to Latin America. Soft shell crab Causita is lightly dredged in flour then fried, served with smoked paprika-flecked mayonnaise that harmonises with an accompaniment of coriander and red onion.

Numerous mains are available, but steak seems a compulsory main event at Gaucho – even if only to see what all the fuss is about – as is suggested with a board of raw cuts brought to the table by a knowledgeable waiter who digresses on each. We speak at length about the difficulty of cooking rib-eye to optimum medium-rare, whilst properly rendering the fat – manipulating the steak to its most palatable. Here, the cooking of the rib-eye steak is remarkable. Wet-aged in transit, the beef is grass fed and thus has texture far superior to corn-fed cattle, skilfully cooked: charred on the outside while retaining a blushing pink core. And, against all odds, the fat is rendered extraordinarily, instead of texturally resembling whale blubber.

Elsewhere, Gaucho’s spiral-cut sirloin is a longer hunk of meat, marinated in garlic, parsley and olive oil, benefitting from a quick cooking process and served rare. On the side, both double-cooked thick chips and thin fries are available alongside a range of sauces. With the steaks, Gaucho’s passion for Argentine wine is also showcased. With a list of over 200 Argentine wines, Gaucho work with the country’s top vineyards to source wines, many of which are exclusive to Gaucho. Viña Patricia – named after founder Zeev Godik’s ex-wife Patsy Godik – is produced in Gaucho’s own Mendoza vineyard. Nationally famous for its malbec production, Gaucho’s Argentine Viña Patricia malbec is juicy and perfectly paired with the steaks served.

To finish, a cast-iron pot of Argentine rice pudding is generous with cinnamon, but overwhelmingly dense in portion and in consistency. Banana and coconut bread pudding, though, is comfortingly wholesome, homely and some of the best I’ve tasted. Making a convincing argument in favour of ordering premium steak, the food served at Gaucho is mostly enjoyable. The beef is expensive, but the additional few pounds here and there (compared to big named competitors) are easier to overlook when the steak is cooked properly, for once.