While Donald Trump continues on his personal mission to make America grate again, Britain has – if anything – completely fallen in love with all things Mexican. While various avenues of Latin American cuisine have been explored extensively in London, authentic Mexican food is finally having its moment. Critically lauded Santo Remedio has re-launched with […] 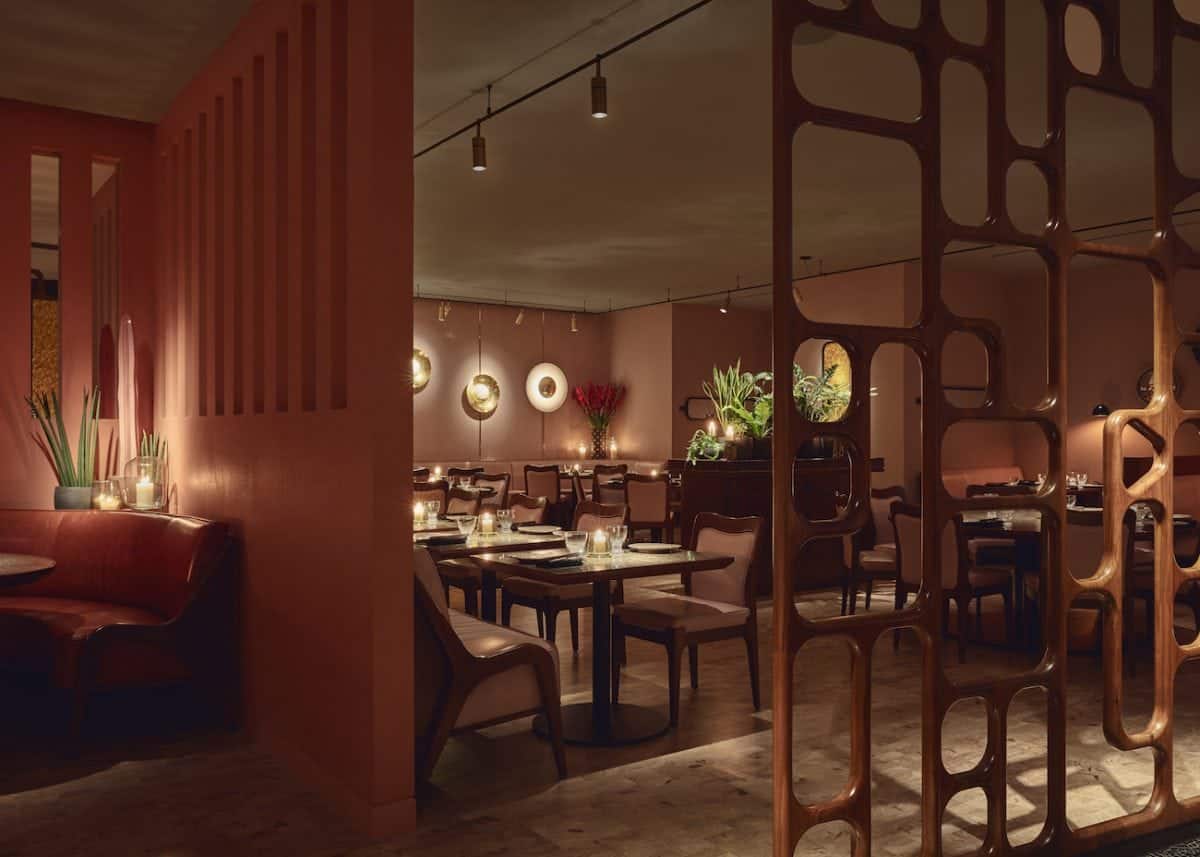 While Donald Trump continues on his personal mission to make America grate again, Britain has – if anything – completely fallen in love with all things Mexican. While various avenues of Latin American cuisine have been explored extensively in London, authentic Mexican food is finally having its moment. Critically lauded Santo Remedio has re-launched with a new home south of the river, while Mexican celebrity chef Martha Ortiz has opened Ella Canta – a fine dining Mexican restaurant within the InterContinental, Park Lane. Crude Tex-Mex, this is not.

Accessible through the hotel, or via a separate entrance on Park Lane, the restaurant occupies a vast portion of the hotel’s ground floor. Open, spacious and well-lit, Ella Canta’s main dining area is plush but comfortable, with plenty of luxurious touches having clearly been implemented with the space’s design. During lunch, natural light floods the room (even though it’s raining) and the restaurant, albeit relatively unoccupied, has a tranquil atmosphere. Most notable, though, are the flourishes of colour, displaying a vibrant palate of sun-bleached hues.

Within the cooking at Ella Canta, colour also has a particularly strong focus. “We eat colour,” the menu reads. “Mexico’s natural bounty is Chef Martha Ortiz’s inspiration. Her art is a response to the colours, textures, stories and spirit of her beloved country.” A starter of ‘Nationalistic’ guacamole, for instance, features each of the Mexican flag’s colours. Striking green comes naturally from the silky purée of avocado, while the white of ricotta cheese is contrasted by some sourness from a dusting of fresh pomegranate seeds. The dish’s main visual draw, however, is a gold-sprayed grasshopper – sourced from Mexico, adding depth of texture but little flavour.

Elsewhere, highly-recommended Ceviche vampiro (one of the signature dishes served at Dulce Patria) harbours translucent strips of fresh sea bass, served on a Pacific blue plate evocative of the sea, topped with opinion-dividing mango and Sangrita sorbet, which somehow tastes similar to tomato ketchup. Far better is stewed octopus, piled into the middle of another blue plate, perfectly cooked – soft and meaty – and embellished with a moreish smoked chilli sauce and crisp rings of deep-fried shallot. 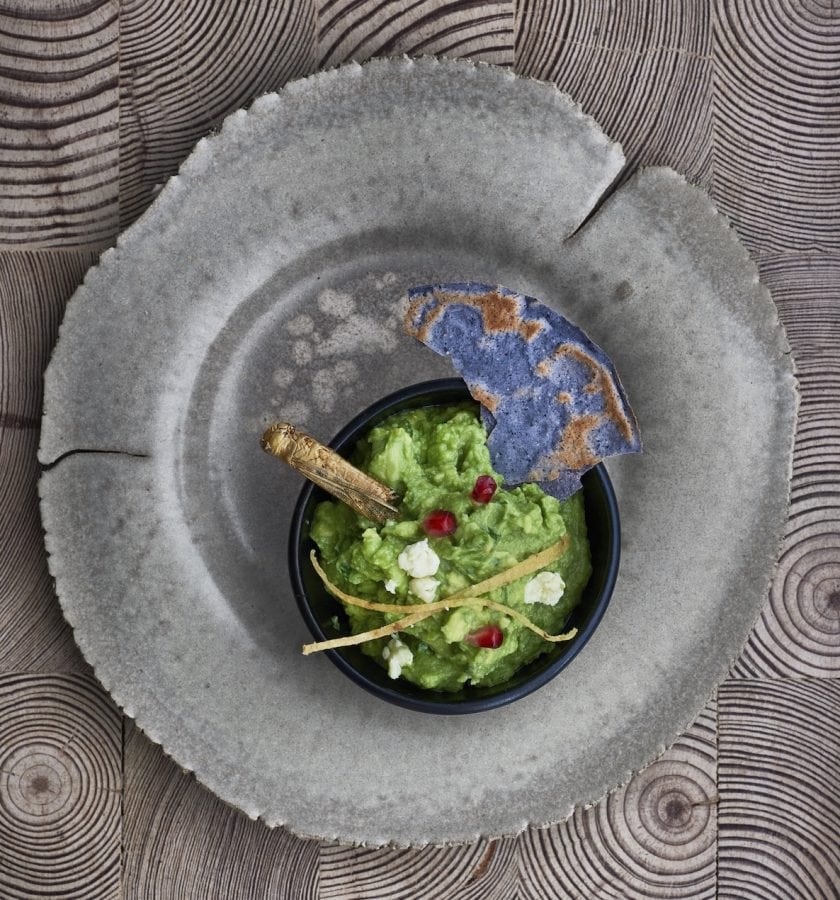 From the menu’s ‘Main Act’ heading, Michoacán pork carnitas is a celebration of the pig – the most versatile and rewarding animal on earth. Here, a wall of leg meat from suckling pig is slowly cooked to relieve full unctuous potential, crowned with complete shards of brittle crackling. The pork’s surrounding mote of arbol chile salsa is vivid, too – a shade of lurid orange popular within the White House’s make-up ward.

One of Ella Canta’s more expensive main courses, Pastor-style soft shell crab is lightly battered, deep-fried and marvelously greaseless. Underneath both crabs’ terse carapace, the meat is a typically fresh juxtaposition with the batter, while an accompanying smear of pineapple purée appears ominous, but it’s absolutely inspired – slicing through the insalubrious decadence courtesy of the fryer. On the side, a meagre salad of spiralised Nopal cactus is fresh and vivacious with lime juice.

Duck breast, on the other hand, is served medium-rare, over a bed of simplistic red rice and a whisper of earthy plantain purée. The jewel in this dish’s crown, nonetheless, is a rich, sweet, spicy, tart, genuinely tantalising black mole sauce poured generously to coat the duck and its subordinates. Forget prescription cough mixture, with such transcendent depth of flavour, this is a sauce I’d happily drink by the gallon to survive the colder months.

Now we face the ‘Final Curtain’ (according to the desserts menu), classic churros are fine and suitably comforting – yet ‘Maria arrives from México’ is considerably more exciting. Leaving plenty to the imagination, the playfully titled dessert is a petite cheesecake, but refreshingly bereft of the gelatinous texture generally associated with the dessert – instead crumbly like feta. This tops a thin biscuit base and is decorated with more flowers and glitter than Elton John’s house.

Lunch at Ella Canta is an experience, rather than a mere meal. Following the desserts, this crash-course in refined Mexican cooking climaxes with a tray of elegant petit fours, served alongside a gaudy Ferris wheel ornament, heavily spiced Mexican coffees and a quick mezcal tasting – showcasing the country’s fastest-growing spirit export. The latter leaves us sated and thoroughly warmed, ready to face the cold, though I’d happily spend the rest of the day enjoying one of London’s most attractive hotel dining rooms.