Regrettably, I remember my first Chinatown dinner experience quite well. One summer evening during the late nineties (I could only have been six or seven years old), following a matinee theatre performance, somebody suggested we might visit one of those all-you-can-eat restaurants on the south side of Gerrard Street. Exciting at the time. The name […] 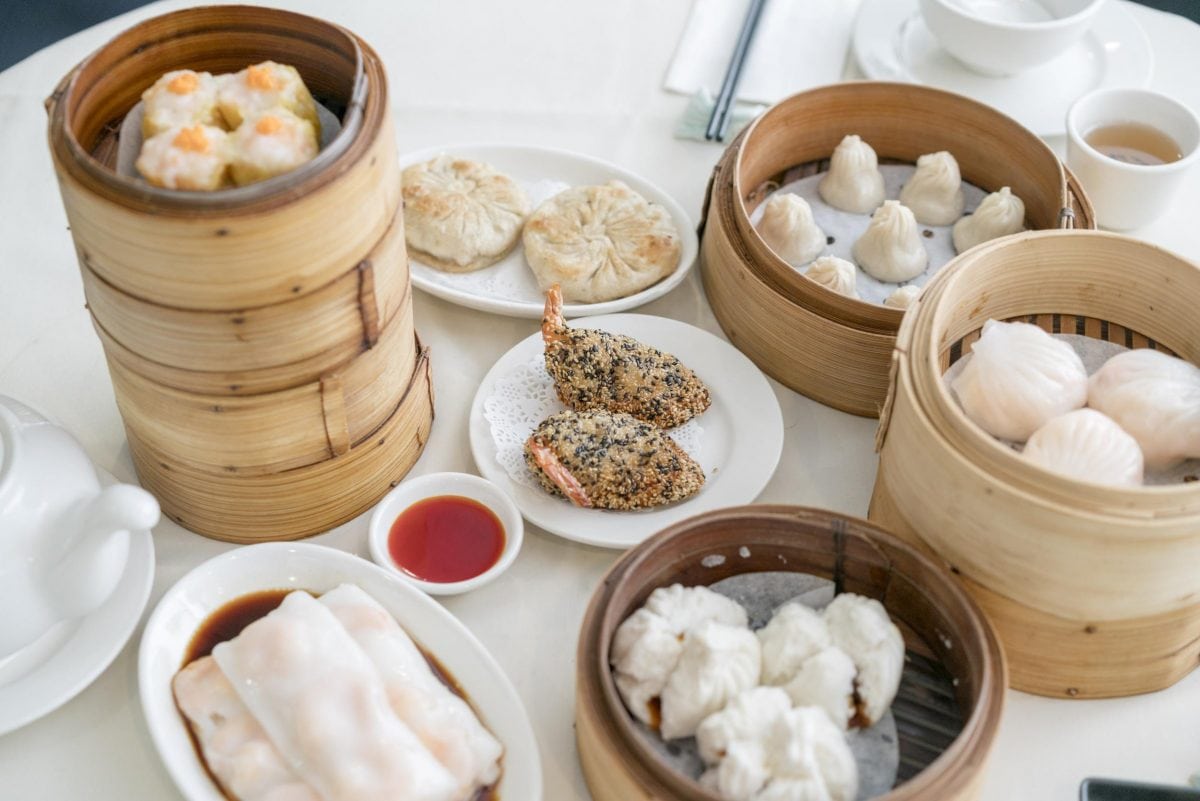 Regrettably, I remember my first Chinatown dinner experience quite well. One summer evening during the late nineties (I could only have been six or seven years old), following a matinee theatre performance, somebody suggested we might visit one of those all-you-can-eat restaurants on the south side of Gerrard Street. Exciting at the time. The name escapes me, though I remember the gaudy décor with various stereotypical hues of gold, dragons, phoenixes and lanterns. I also remember the dingy staircases and the curmudgeonly service. And, above all, I remember the sincerely mortifying quality of the food served.

Set over at least four floors, the restaurant had a literal feudal system, with prices diminishing on each ascension. Even at the top of the building, the early dinner offering cost £12.99 – remembering £100,000 could still buy a reasonable property in South East London at the time. It would be unreasonable to have had high expectations from such a place, but I’d like to have at least eaten from a clean plate. Contrarily tall (what happened?) I’d rather not have been considered an adult with the appearance of the bill. But, most crucially, I’d expected the crispy shredded duck to have less hair than Simon Cowell’s chest.

After various similar experiences, I’d fallen out of love with London’s Chinatown until last summer – having enjoyed a quick lunch at Dumplings’ Legend while interviewing one of the country’s most prominent restaurant critics. Indulging in the restaurant’s dim sum menu, I’ve since promised myself I’d return for dinner as quickly as possible. And for the xiao long bao (Shanghainese soup dumplings). The restaurant has also recently collaborated with Michelin-starred Pied á Terre to create an extraordinarily opulent filling for a new range of xiao long bao, available until the end of this year.

Owned by restaurateur Geoffrey Leong, whose family have founded many Chinese restaurants since the 1980s, Dumplings’ Legend’s charm lies within the food served. (A supporter of arts and culture between London and China, Geoffrey was recently involved in an Art for Grenfell auction at Sotheby’s, which raised £1.9m to be split amongst the 158 families affected by the Grenfell Tower fire.) Here, the service isn’t exactly unfriendly, nor is it particularly warm. Moreover, the dining room’s fluorescent lighting is also self-consciously discomforting. The food, though, is the restaurant’s redemption.

An archetypal Chinatown trait, Dumplings’ Legend’s menu is almost as long as the Great Wall. The diverse selection, however, invites us to explore China’s various regions. From Shanghai, classic xiao long bao resemble Pac-Man ghosts, filled with unctuous pork mince encased in hot soup that’s rife with ginger. The ‘Michelin Xiao Long Bao’ follows the success of previous collaborations with Fergus Henderson and Mark Hix. The filling, designed by the team at Pied á Terre, is predictably decadent, with a ‘George’s Marvelous Medicine’ cacophony of luxury ingredients. Foie gras, the key component, is joined by some smoked eel and plenty of butter, as if more richness were necessary. The result is sublime, but not quite as deliriously enchanting as the original. 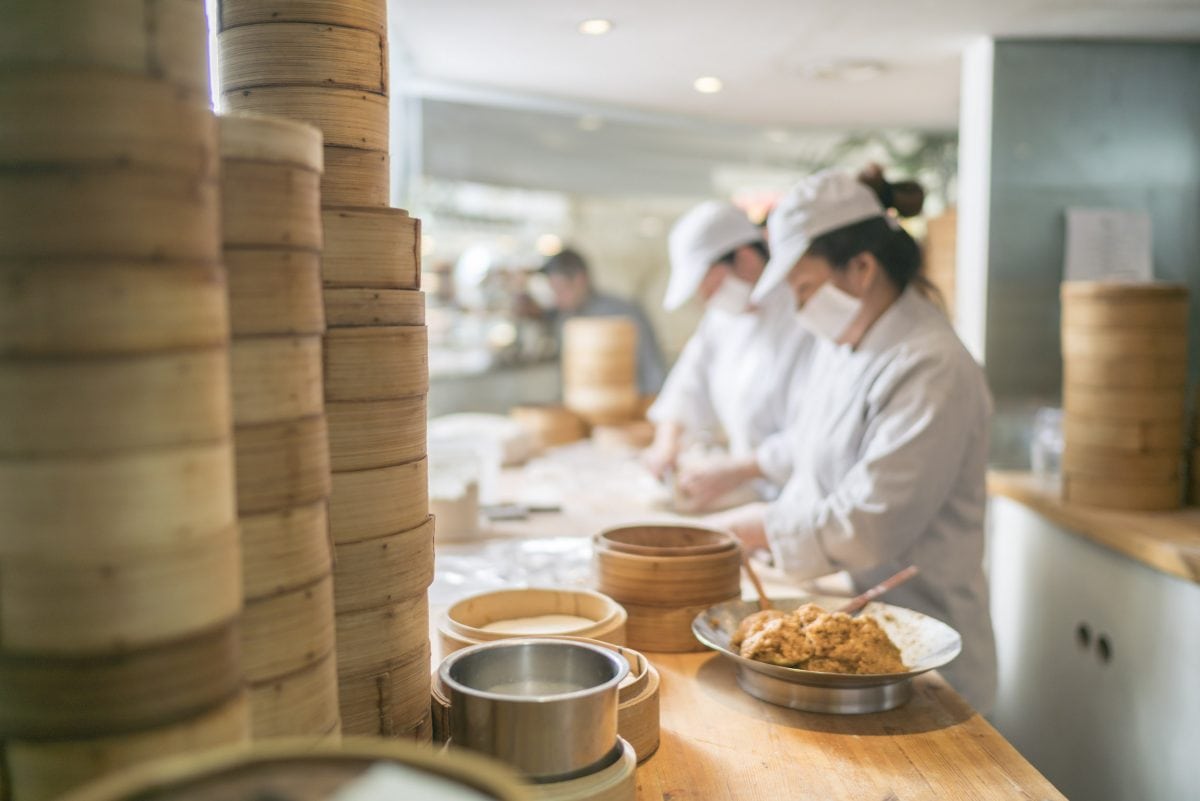 Xinjian style lamb, on the other hand, reflects the cuisine of Xinjian in North East China, fast cooked and spiced with an abundance of cumin and red chilli flakes. A vessel of Sichuan soup carries slivers of well-cooked sea bass, standing its ground against the ferocious heat of Sichuan peppers, employed generously like salt. We also eat tofu (please let me finish) that’s far removed from the typically emetic slop often associated with chefs too lazy to prepare an exciting vegetarian option – not least because this is embellished with pork mince. Tofu is made fresh daily at Dumplings’ Legend, with these particular orbs harbouring – dare I say it – a pleasant texture. The pork also lends a fatty decadence, also proving tofu needn’t be exclusively reserved as a flesh substitute.

Classic Cantonese braised pig’s trotters are served in a devilishly red sauce. As for the trotters – generally out of favour in the UK – they’re portioned, almost to disguise their true façade. Rich with silky, igneous collagen and crispy skin, the trotters are sumptuous and demand to be eaten quickly before cooling down (with or without the provided electric blue latex gloves).

Further to serving some of London’s best xiao long bao, Dumplings’ Legend is a welcome remedy to all of the bad Chinatown dinners of yesteryear. Go for the food alone, and revel in an edible journey across China, all without the need to leave your seat.