By Jonathan Hatchman, Food Editor, @TLE_Food   Due to the location of the City, it’s never too easy to find perfect fresh Fish that’s readily available. Juxtaposed to the surrounding Kent and Essex coastlines, positioned a fair distance from the beating heart of the Square Mile. However, the seafood that’s on offer at the […] 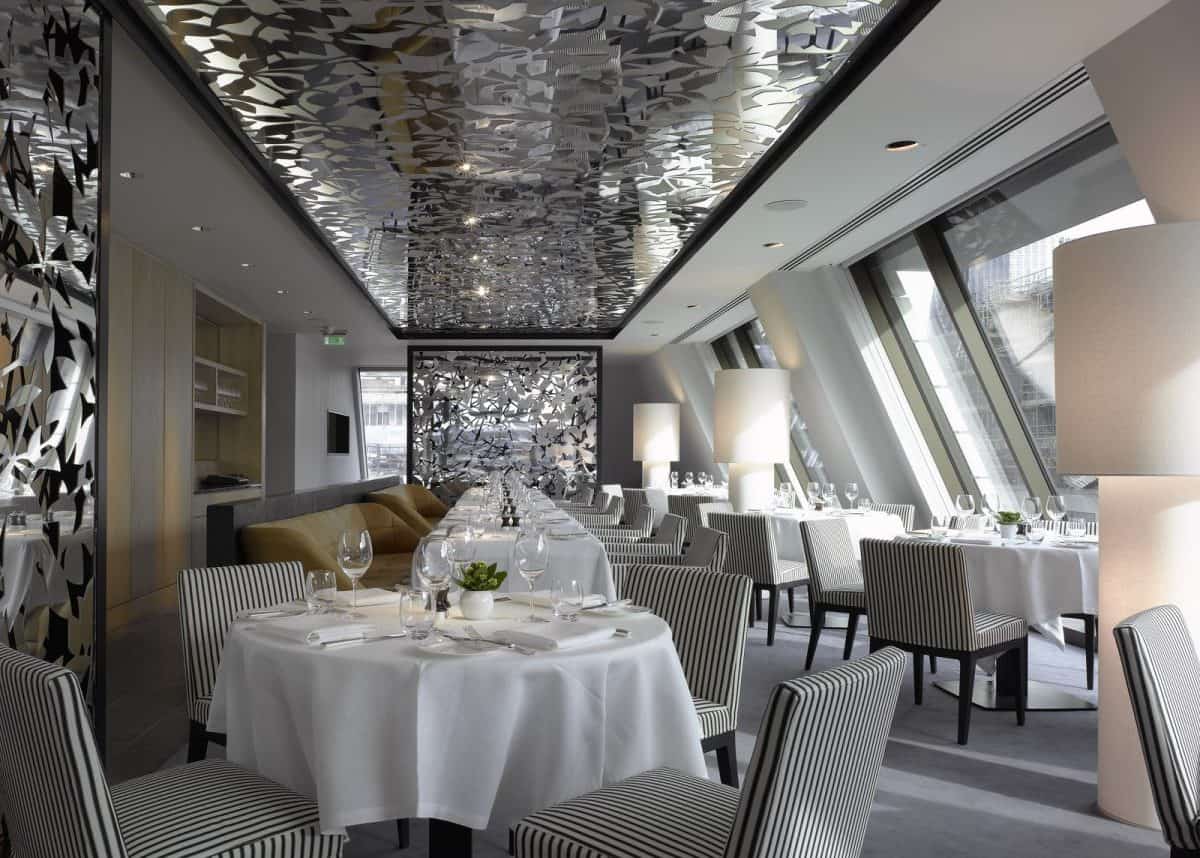 Due to the location of the City, it’s never too easy to find perfect fresh Fish that’s readily available. Juxtaposed to the surrounding Kent and Essex coastlines, positioned a fair distance from the beating heart of the Square Mile. However, the seafood that’s on offer at the D&D’s Michelin Starred Angler, seems as though it’s been reeled straight from the sea and placed onto headed up by Executive Chef Tony Fleming’sprettily presented plates. Situated on the top floor of the South Place Hotel, just behind Liverpool Street Station, the general clientele of their Friday lunchtime service is made up of the surrounding area’s city slickers tucking into their business luncheons, baked in light as the sun seeps into the floor-to-ceiling window lined interior that presents the constantly growing city’s monolithic building structures.

Offering a menu that’s absolutely jam packed with fine ingredients sourced from all across the UK, with starters such as a Waldorf Salad made using Dorset Crab (£16), Crab Soup with Porthilly Oysters (£12.50), and a selection of freshly caught crustaceans. To begin proceedings we opted for the catch of the day – dressed crab, featuring shredded white crab meat with the slightly unusual accompaniment of finely chopped egg, with a separated white and yolk, atop a humble Vinaigrette dressed pile of lettuce. It was most delightful, of course. And following the starters, the menu’s main courses are just as quintessentially British, with a strong focus on fish (hence the restaurant’s name) that includes Wild Seabass (£26), Cornish Cod (£24.50), Roasted Brill (£28.50) and Dover Sole (£38.50) (offered in two ways), yet a couple of meat dishes are present. However, keeping up with the theme of the dining institute, my companion chose a relatively new menu addition – Roasted Monkfish tail (28.50) topped with a helping of flash-fried Calamari, atop a bed of Octopus Carpaccio to add another tantalising texture. Meanwhile, unable to decide between the Halibut fillet and Seared Orkney Scallops (£36), the waiter insisted that I must try the latter. The gargantuan trio of Scallops we’re ever so slightly overcooked for my personal preference, however the slightly tougher crustaceans did compliment to melt-in-mouth Veal cheek, braised in Red Wine and accompanied by a subtle ginger and carrot.

By the time we’d come to finish our delightful main courses, the concept of Dessert had become less than necessary, yet based upon the strength of the first two courses, it would’ve been rude to dismiss even a glance at the menu. Again unable to decide between two puddings – Apple and Blackberry Tart (£7.50) and Sticky Prune Cake (£8.50) – our charming waiter insisted on bringing both to the table. One for myself, and the other for the table with the intention of sharing, they were both so delectably moreish that my companion was lucky to get a look in.

Angler is still relatively unfamiliar compared to its local Michelin Starred contemporaries Duck & Waffle and City Social, but the food on offer is, in fact, some of the area’s most impressive. You’d be hard pushed to find better Fish within the Capital.

Alongside his work at Angler, Executive Chef Tony Fleming is to appear in a new television series Burger Bar to Gourmet Star. In the sixth episode, Fleming will be paired with Ollie from Bristol, a cafe cook who will be trained as a professional chef in the Angler kitchen.