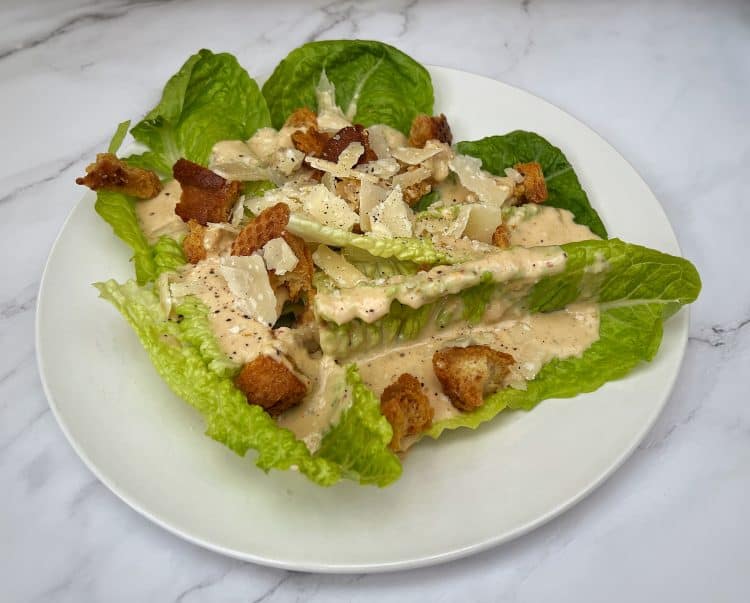 For most people, salad has negative connotations. Sure, they’re typically healthy, but rarely chosen over seemingly more sating options. The Caesar salad, however, is one of the few examples that straddles the thin line between salad and comfort food.

Said to have been invented by Italian-immigrant Caesar Cardini in 1924, the Caesar salad is generally considered one of the United States’ most famous dishes, though it actually originated in Mexico: specifically at Hotel Caesar in Tijuana, Mexico. Although Cardini lived in San Diego, he operated a restaurant in Tujuana during the early 1920s to circumvent Prohibition, with alcohol sales formerly responsible for most of restaurants’ profits.

During an especially busy 4th of July dinner, Caesar Cardini claims to have invented the dish using raw eggs, parmesan cheese, romaine lettuce, and other leftovers in the kitchen, which was rapidly running out of produce. Prepared tableside, in a large bowl, the salad quickly became popular in both Tijuana and California, before going on to become one of the most popular dishes in the United States, served in countless restaurants and hotels.

The precise origins of the dish are often disputed, however, with others having laid claim to inventing the dish. Caesar’s brother, Alex Cardini, claims to have developed the salad, named ‘Aviator’s Salad’, as did Paul Maggiora, a partner of the Cardinis. Livio Santini, an employee of Hotel Caesar also claims to have introduced the dish to Caesar, based on a recipe served by his mother at home in Italy. Regardless, the dish is still generally accredited with being created in Mexico, by an Italian.

Unlike many other salads, the Caesar salad has very few components beside the dressing: a hodgepodge of well-suited ingredients which come together to produce a decadent sauce that’s far greater than the sum of its parts. Egg yolks are essential, as are Dijon mustard, parmesan cheese, garlic, olive oil, and either lime or lemon juice. Anchovies are also commonly used, while the original is said to have used Worcestershire sauce.

For this Caesar salad recipe, the key components are restored, but with a few changes. Raw egg yolks are fine, but to produce a richer dressing, this recipe uses semi-soft boiled yolks, which are finely chopped with anchovies and roasted garlic, which is mashed into a paste and whisked with Dijon mustard, extra virgin olive oil, parmesan cheese, lemon or lime juice, and a healthy dash of red wine vinegar. The dressing is then drizzled over whole romaine lettuce leaves, finished with quickly toasted croutons and an extra flourish of grated parmesan. 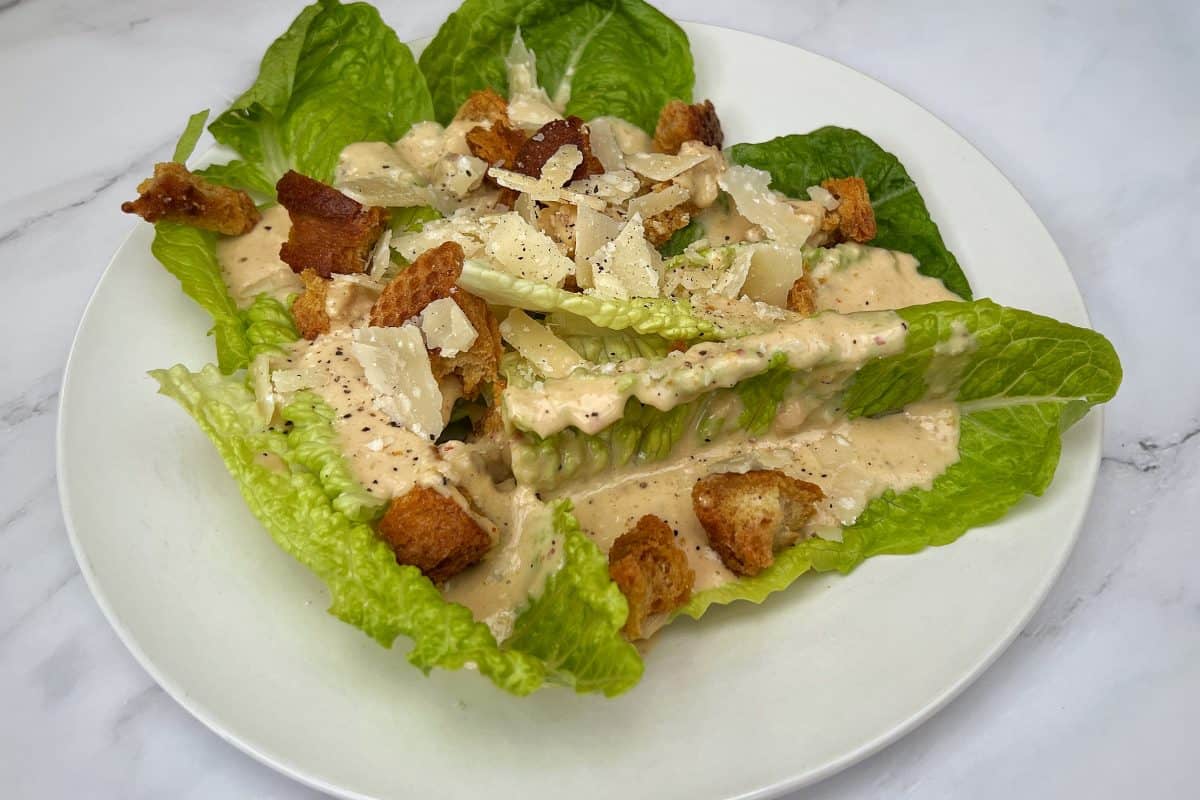 Related: How To Make: Pork Tacos With Brown Sauce Salsa