Joining the independent group’s restaurants in Mayfair and near Euston, Murger Han has opened a brand new site in the heart of the Square Mile. 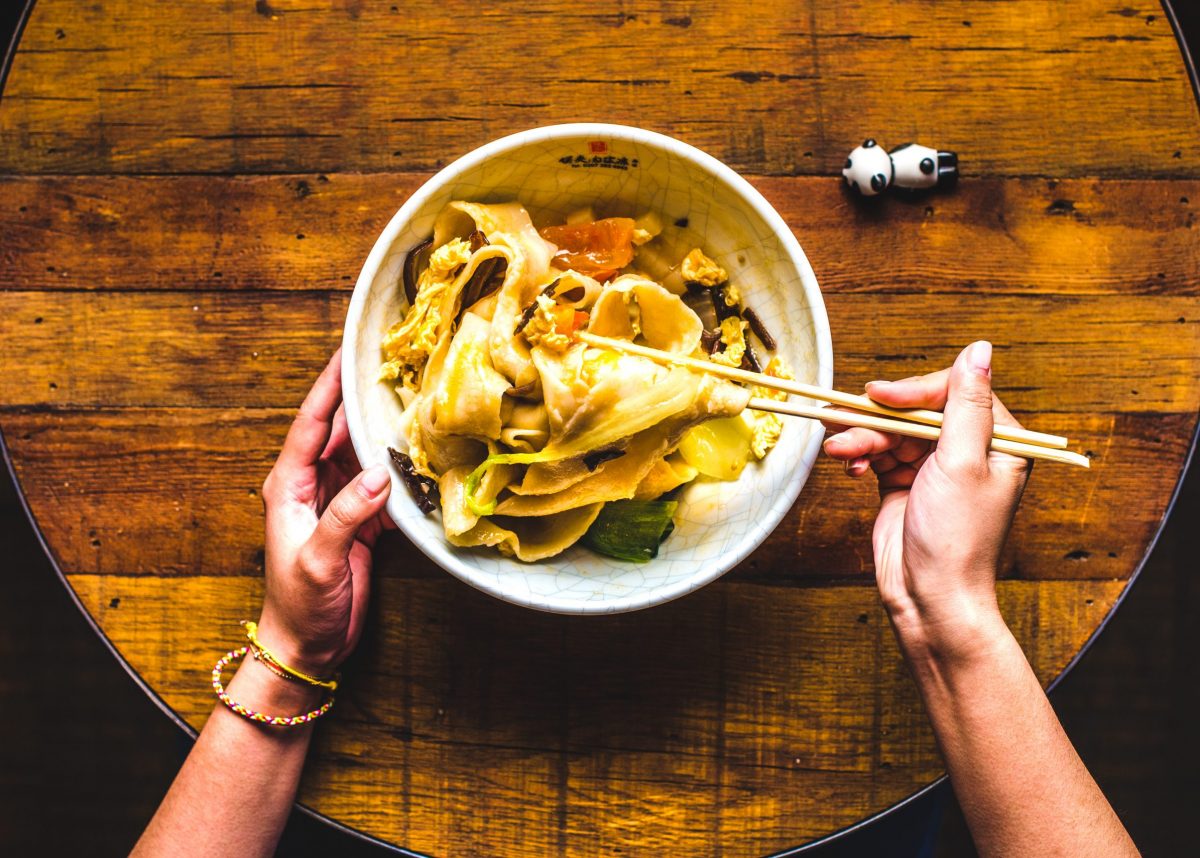 It’s no secret that the hospitality industry has been the worst hit sector following the effects of the coronavirus pandemic outbreak, with the UK having entered its deepest recession since records began. The recent introduction of a 10pm curfew for pubs, bars and restaurants has only exacerbated the issue. Meanwhile, countless Chinese restaurants, in particular, continue to suffer, as a result of coronavirus-related racism. As restaurants across most parts of the UK continue to re-open, however, a number of brand new outlets have also began to open, against all odds. Joining the independent group’s restaurants in Mayfair and near Euston, Murger Han has opened a brand new site in the heart of the Square Mile.

Championing the cuisine of Xi’an (capital of China’s Shaanxi Province), Murger Han imports herbs and spices directly from the area and prepares dishes according to strict, traditional recipes. Rice isn’t harvested in Xi’an, yet wheat is common – as reflected in the restaurant menus, dominated by breads and wheat noodles.

Opposite the 20 Fenchurch Street (‘Walkie Talkie’) building, the new restaurant is spacious with the 1000-square-foot site able to accommodate 54 covers in the main dining room, under normal circumstances, as well as 10 covers on a heated terrace. Guests can also sit at the counter and watch dishes being prepared in the open kitchen. Measures have also been taken to comply with the government’s latest guidelines, including the implementation of Perspex screens between closer tables. Staff wear face coverings, small hand sanitiser dispensers are available on each table, and details are taken on entry for track-and-trace purposes.

Open daily from midday-to-10pm, the restaurant originally planned to serve a new breakfast menu, as well as a selection of street food dishes inspired by the Hui Muslim traders in the city’s old Muslim town, surrounding the historic Great Mosque. These plans have since been shelved.

Owner Bin Li explains: “We had hoped to open with a new menu including a daily Xi’an breakfast menu and a dedicated “Muslim Street Market” menu of traditional street dishes never seen in London before. Unfortunately, due to current issues with landlords, our central kitchen has not been completed in time and we could not wait any longer to open our third location that was due to open over six months ago. I hope that customers will be understanding and we look forward to bringing our Shaanxi flavours to a new part of the capital.”

On a recent visit, the new restaurant was unusually quiet, some of which may – hopefully – be attributed to the lack of footfall from office workers continuing to work from home. Dinner began with a simple seaweed salad (£5.50) – a million miles from the crispy shredded ‘seaweed’ so synonymous with inauthentic Chinese takeaways, instead fresh and enlivened with both sesame oil and sesame seeds. Vegetable gyozas were fine, if not slightly perfunctory, better when taken with the refreshing vinegar (£5.50).

Murger Han takes its name from the roujiamo, (literally “meat sandwich”) – a street food staple which dates back to the Qin Dynasty (221 BC – 206 BC) originating from the Shaanxi Province. Generally accepted as the world’s oldest sandwich, the roujiamo has been considered by some as the Chinese equivalent to the hamburger, here dubbed as the ‘murger’. Sandwiching meat between leavened flat bread, the murgers are fine, but the superlative biang biang noodles are the jewel in the menu’s proverbial crown.

Prepared onsite each morning, the twelve-foot, hand-ripped noodles are available with a selection of core toppings. A relatively simple meat-free iteration of the dish showcased the thick noodles with just enough bite, embellished with a deeply umami broth complete with tomato, wisps of scrambled egg, and a lick of sizzling hot chilli oil (£11.50). Another version featured the same base of noodles, tomato and egg, plus the addition of glossy braised pork, slow-cooked slices of beef and lamb, and spring onions; also rampant with soy, vinegar, pak choi and mashed ginger, all working in perfect harmony (£15.50). A dish I’d willingly order again and again on future ‘research’ visits to sample additional highlights from the restaurant’s extensive menu.

“I started Murger Han to educate and provide Londoners with authentic Xi’an cuisine and the third location allows us to develop our menu and continue my dream,” says Bin Li. “The pandemic has hit my restaurant hard but we must keep fighting and move forward and this new opening is significant for me to demonstrate the strength of Murger Han for the future and for our customers”.

As of Monday 5th October, the new restaurant will offer a £10 menu available from Monday-to-Wednesday, including a starter (vegetable gyoza or murger), any noodle dish, ice cream mochi, and a soft drink.