A global collaboration focused on raising awareness of the injustices people of colour face daily. 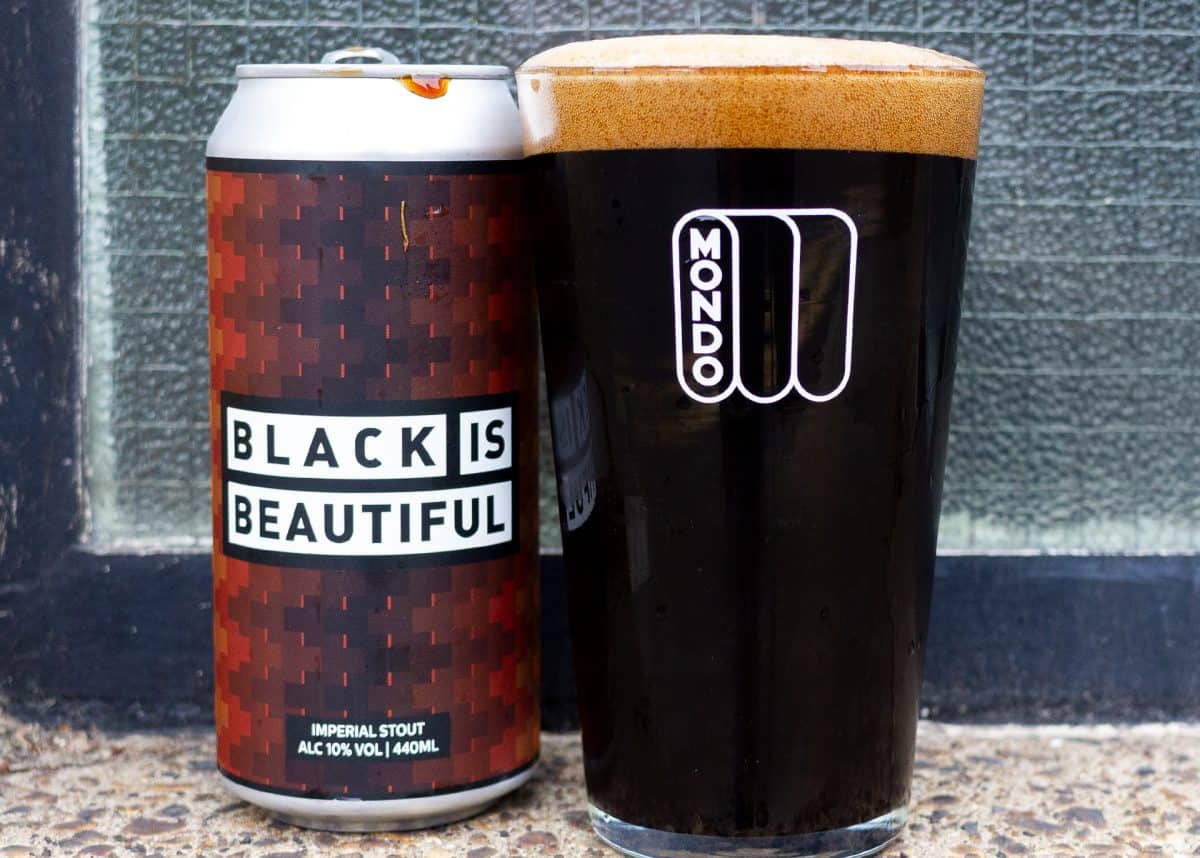 “Focused on raising awareness of the injustices people of colour face daily”, Black Is Beautiful is a global collaboration between Mondo Brewing and Weathered Souls in San Antonio, Texas.

Part of a new Black Is Beautiful initiative, the beer also raises funds for police brutality reform and legal defences for those who have been wronged, with proceeds donated to organisations that support equality, inclusion, and police reform. Over 1100 breweries in 22 countries are taking part, launching their own take on Weathered Souls’ Black Is Beautiful imperial stout.

An independent craft brewery and taproom based in south-west London, Mondo Brewing was founded by American homebrewers Todd Matteson and Thomas Palmer in 2014. The brewery’s core beers are inspired by the American craft beer boom, blending contemporary flavours with the tradition and drinkability of session beer, while creative seasonal beers are also produced regularly, both off the brewery’s own back and in collaboration with breweries on both sides of the Atlantic.

A ‘Work in Progress Brewery’, Mondo is also committed to forging links with communities to increase opportunities and promote collaboration between brewers and underrepresented groups in society. Mondo’s “Progress Beer Series” aims to raise awareness for various causes they’re passionate about. The team are currently preparing to introduce an American Brown Ale with The Queer Brewing Project, founded by Lily Waite.

On the launch of their Black Is Beautiful, Tom Harrison, lead brewer at Mondo Brewing, said: “We’re raising a glass with San Antonio’s Weathered Souls in brewing Black Is Beautiful, a global collaboration focused on raising awareness of the injustices people of colour face daily. A statement brew that supports our wider view on inclusivity and led on to our participation in industry initiative Work In Progress. The 10 per cent imperial stout recipe is embellished with cacao nibs and Girls Who Grind espresso, post-fermentation. Proceeds from the sale supports the great work undertaken by The Black Curriculum.

A riff on Weathered Souls’ original imperial stout recipe, Mondo Brewing’s ‘Black Is Beautiful’ embellishes the original with cacao nibs and coffee, with all proceeds donated to The Black Curriculum. A base of Pale Ale malt and Oats are joined by

Black Malt, Chocolate Malt, Chocolate Rye, Crystal 150, Flaked Barley, Roast Barley, and Dextrose added for colour, body and flavour. Cascade and Columbus hops are also utilised for bittering. After being fermented with a West Coast Ale yeast strain, Black is Beautiful is conditioned on cacao nibs and espresso from Girls Who Grind.

Brewed to 10 per cent ABV, Mondo Brewing’s Black is Beautiful has prominent aromas of roasted malt, espresso, cocoa powder, and a whisper of pine resin. Bitter coffee and chocolate continue on the palate alongside a suggestion of dark fruit and an exceptional richness with a strong roasted malt backbone, which continues to develop with plenty of biscuit notes, complete with a long, bitter finish.

Mondo Brewing’s Black Is Beautiful can be ordered from the brewery’s online store. Further information on the campaign can be found here.