Islington pie and mash shop M Manze is set to close later this year, after 106 years of trading. On announcing the closure last week, owner Tim Nicholls blamed increasing business rates as the reason for the iconic Chapel Market pie shop’s closure – something that has bereft the city of so many beloved pie […]

Islington pie and mash shop M Manze is set to close later this year, after 106 years of trading. On announcing the closure last week, owner Tim Nicholls blamed increasing business rates as the reason for the iconic Chapel Market pie shop’s closure – something that has bereft the city of so many beloved pie shops over the past 20 years. M Manze is set to continue trading until Christmas, before the space is inevitably taken over by another coffee house or craft beer bar.

Pie, mash and liquor is something that us working class Londoners take seriously. No, it’s not necessarily the most exciting food sort, but the history and culture is something that unites so many of us – though we’ll always argue to the death on which pie shop is best. Pie and mash is taken so seriously, in fact, that after writing a definitive round-up of London’s best remaining pie and mash shops last year, I received a torrent of abuse and some Twitter death threats. “I’m going to hunt you down and kill you, your family, and your cat”, was a career defining highlight.

Most will agree, however, that to be certified ‘proper’ pie, mash and liquor, the pie must have a minced beef filling, flaky pastry lid and contrasting suet bottom. In addition, the mash should be scraped (not scooped) onto the side of the plate, liquor – a type of parsley sauce, traditionally made with eel cooking water – is greater than gravy, and vinegar is not just a seasoning; it’s a necessity. 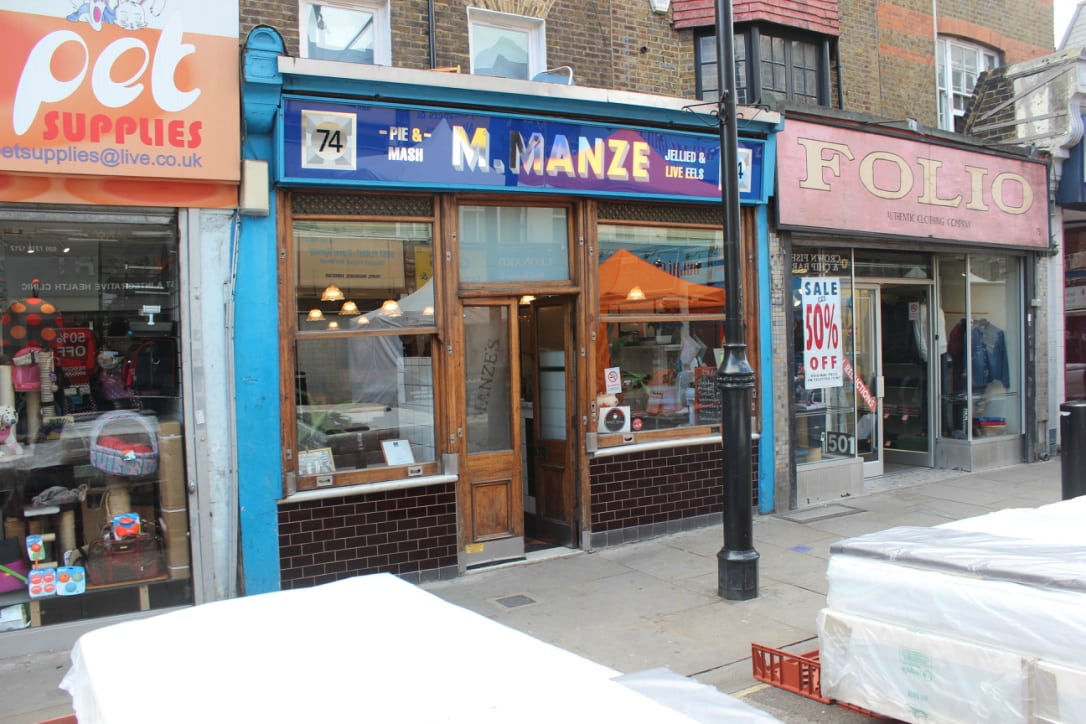 It’s no secret that humble pie and mash has countless celebrity fans, with few more synonymous with the cockney classic than David Beckham. Born in East London, Becks has never shied away from championing his favourite meal, regularly posting pictures of him and his sons eating pie and mash across his social media accounts. Though numerous remaining institutions claim to be ‘David Beckham’s favourite pie and mash shop’, the footballer’s social media accounts suggest that Tony Lane’s Pie & Mash shop in Waltham Abbey, Essex, is his actual favourite.

With the news of M Manze’s closure, no less, online restaurant booking agent OpenTable has compiled an insensitive list of ‘alternative’ pie and mash establishments that ‘David could visit in London’, instead. Apart from the fact London is set to lose a local treasure, none of the suggested restaurants’ pie and mash offering are anything like the blueprint set by pioneering London pie and mash families such as Manze, Cooke or Kelly. The Windmill pub in Mayfair does, indeed, serve remarkable, award-winning pies, but the swanky Young’s pub on the Monopoly board’s priciest square is a far cry from the formica-clad tables of East-End market canteens. 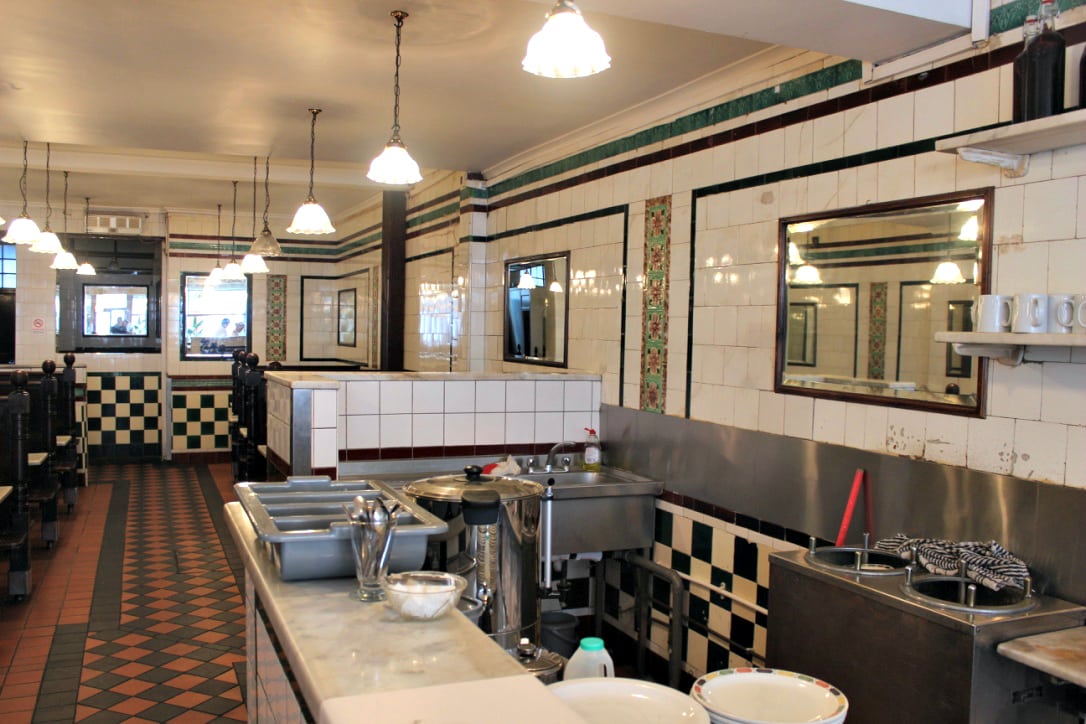 More insulting is the inclusion of The Drapers Arms, also in Islington – a gastropub that will charge £13.50, compared to M Manze’s insignificant £4.85 for pie, mash and liquor. Yes, the quality of ingredients might be higher at The Drapers Arms, served by a man with a waxed moustache, but it’s hardly surprising that The Drapers Arms can afford to survive in Islington. Worse is the suggestion of Aqua Shard, a restaurant on the 31st floor of the shard, with sky high menu prices to rival the location. To put M Manze and Aqua Shard’s pies into the same sentence would make Michele Manze spin in his grave, I’m sure. Alternatively, why not visit Paternoster Chop House – the First Date restaurants – and spend the evening crying about both gentrification, and incalculable reprobates with better love lives than yours?

Simply, traditional pie, mash and liquor is incomparable, and until you’ve tried it for yourself – you’re in no position to condemn such a national treasure. Like so many pie and mash shop closures, the reason behind M Manze’s impending doom is a prime example of working class Londoners being kicked in the teeth, once again. It’s, perhaps, no wonder that so many are being pushed into absconding to Kent or Essex. I love fine food, of course, but there’s always a time and a place.

Until M Manze closes, and the rest eventually end up following suit – I’ll stick to eating my ‘double, double’ pie and mash with swathes of liquor and a cup of steaming hot ‘Rosy Lee’, thanks.