By Jonathan Hatchman BAO – Soho Following the success of their six seat bar and Netil Market stall, the three founders behind BAO are set to open their first restaurant venture later in the month. Taking on a Soho premises, BAO will offer a selection of dishes inspired by the founders’ travels across Asia over […]

Following the success of their six seat bar and Netil Market stall, the three founders behind BAO are set to open their first restaurant venture later in the month. Taking on a Soho premises, BAO will offer a selection of dishes inspired by the founders’ travels across Asia over the years, with the trio’s signature steamed milk buns taking pride of place on the restaurant menu. Handmade onsite daily the selection of Bao rolls on offer are set to include ‘The Classic’ with braised pork, peanut powder and fermented greens, as well as Lamb shoulder and ‘Daikon’, all ranging between an affordable £3.50 – £5 each.

BAO opening date is not confirmed but can be found 53 Lexington Street, W1F 9AS

Chelsea’s oldest pub – The Cross Keys – sadly called last orders for what seemed to be forever in 2012, however after a couple of years out of business, the drinking stablishment loved by Bob Marley, Turner and Agatha Christie is set to re-open its doors this month. Set to offer a sublime gastro experience lead by Michelin Star-trained Executive Chef, Oliver Marlowe, boasting a lavish menu to go alongside the pub’s selection of real cask ales and fine array of lagers.

The Cross Keys is set to re-open on March 5th and can be found at 1 Lawrence Street, SW3 5NB

Theatre land favourite The Ivy launched a brand new restaurant – The Ivy Market Grill – in Covent Garden late last year, just moments away from the original, and now the restaurant are gearing up to open another new branch, this time a little further west on Chelsea’s Kings Road. The new restaurant will have an al fresco focus, opening later this month just in time for the coming Spring and Summer months. Boasting its own extensive orangery, a terrace and garden designed by Anthony Challis and Dan Curran of Ginkgo Gardens, designed as a haven from the bustling, World famous shopping road. As for the food, the new Ivy outpost boasts an all-day menu of British and International dishes that include raw yellow fin Tuna Carpaccio with spiced avocado, chopped lobster rigatoni bake with Amalfi lemon and zucchini. The Chelsea garden salad, and a melting chocolate bombe with milk foam, vanilla ice cream and honeycomb center with hot salted caramel sauce.

The Ivy Chelsea Garden is set to open of March 30th and can be found at 197 King’s Road, London SW3 5ED.

Joe’s Southern Kitchen & Bar is set to open on March 30th and can be found at 300 Kentish Town Road, NW5 2TG

Having recently revived the Wheeler’s brand with a restaurant in Camberley, following the selling of his former St James site at the beginning of last year: iconic restaurateur and celebrity chef Marco Pierre White is currently preparing to open a new outpost in the city’s Threadneedle Street. Bringing the brand next to London, the new Wheeler’s Rib Room and Oyster Bar will be a joint effort between the chef and the Marriott Autograph Hotel, set to offer a mid-range menu compiled by White and head chef Stephen Smith, set to include Wheeler’s Fish Pie, Grilled Dover Sole a la Salamander and Quails Eggs Maintenon. Not forgetting a selection of Oysters and Champagne available from separate bars.

Wheeler’s Rib Room & Oyster Bar is set to open in March and can be found at 5 Threadneedle Street, London EC2R 8AY. 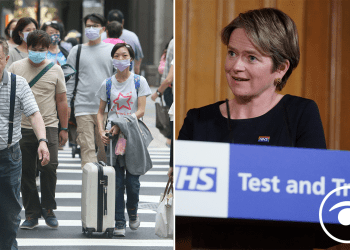