Following the success of their Dalston restaurant of the same name, Natalie Lee-Joe and Brett Redman will open Jidori in Covent Garden this month, taking over a premises on Catherine Street. Like the Dalston restaurant, the new Jidori will have a prominent focus on Japanese yakitori, extending the original menu with a series of small and large plates to be offered alongside popular dishes such as Tsukune yakitori, katsu curry Scotch egg and ginger ice cream with miso caramel and sweet potato crisps. In addition, the restaurant will continue to follow an ethos of serving quality-driven and seasonal local produce, with free-range chicken sourced from Yorkshire and sustainable charcoal from London Log Company. Joining the 50 cover restaurant, set across two floors, Jidori in Covent Garden will also offer guests their own private dining room with karaoke, available for groups of up to 12.

Jidori is set to open in February and can be found at 15 Catherine Street, London, WC2B 5JZ. 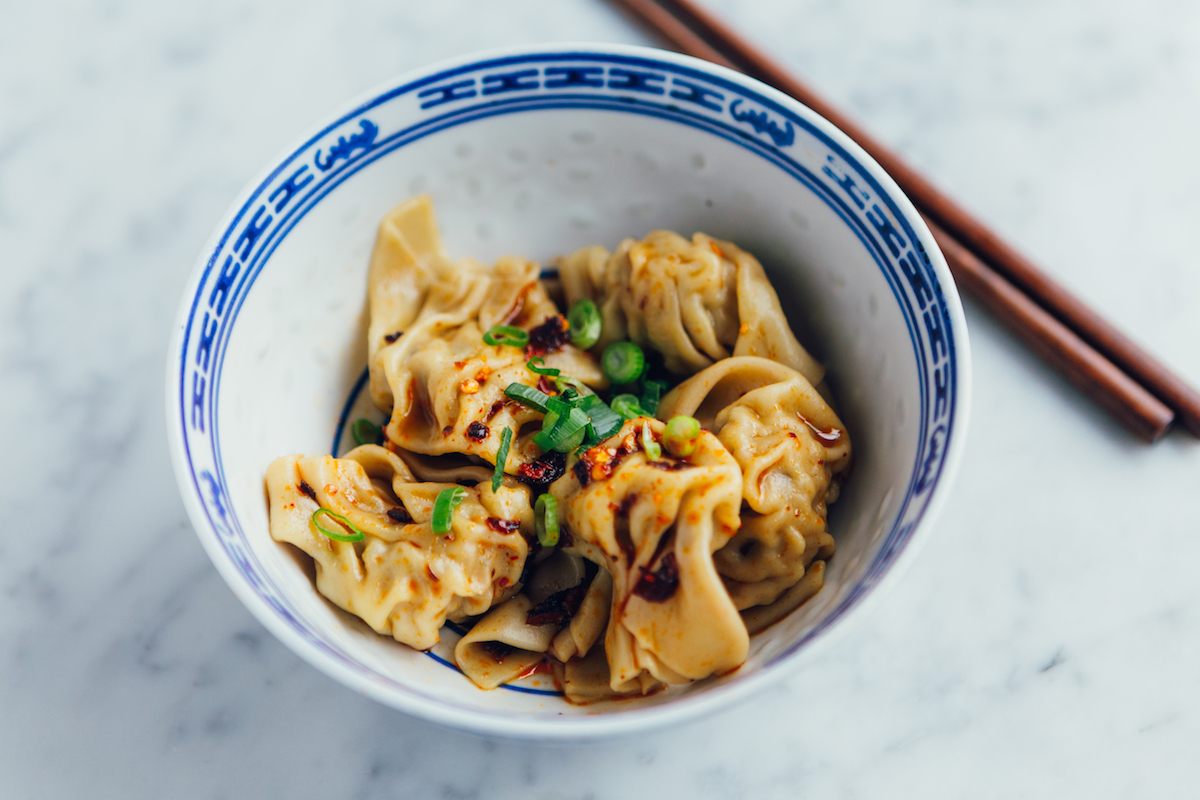 A much-loved central London dining institution for thirty years (operating from 1973-2003), Poon’s was established by seventh generation chef Bill Poon, eventually gaining a cult and celebrity following, plus a Michelin star in 1980. This month, in time for Chinese New Year, Poon’s will return to London with a fresh guise for 2018, overseen by Bill’s daughter – Amy Poon. Opening as a three-month pop-up restaurant in Clerkenwell, with intentions to launch a permanent site later this year, Poon’s will join a new wave of modern Chinese restaurants in the capital.

Designed with a “Shanghainese-French concession brasserie feel with the raw, vibrant, energy of Hong Kong”, the launch of Poon’s will see Bill Poon consulting on the menu alongside his daughter Amy, who has developed the menu for the new pop-up. Serving modern home-cooked Chinese food with a focus on fresh, clean flavours and authentic ingredients; Amy’s menu will feature a large selection of gluten-free, vegan and organic dishes. These include the likes of chilli radishes, spicy aubergine salad and tofu hotpot, joining reimagined Poon’s signature dishes such as San Choi Bao, Claypot rice with wind-dried meats, Hainanese Chicken, and steamed fish Guangzhou-style.

Speaking on the launch of the Poon’s pop-up, Amy Poon said: “My aim is to challenge and improve people’s perception of Chinese food and introduce to London the food that is so close to my heart- wholesome, simple, stimulating, real. I grew up and worked in all of my parents’ restaurants and my love of food and my desire to share it and feed people runs in my blood. What is a meal really but edible love?” 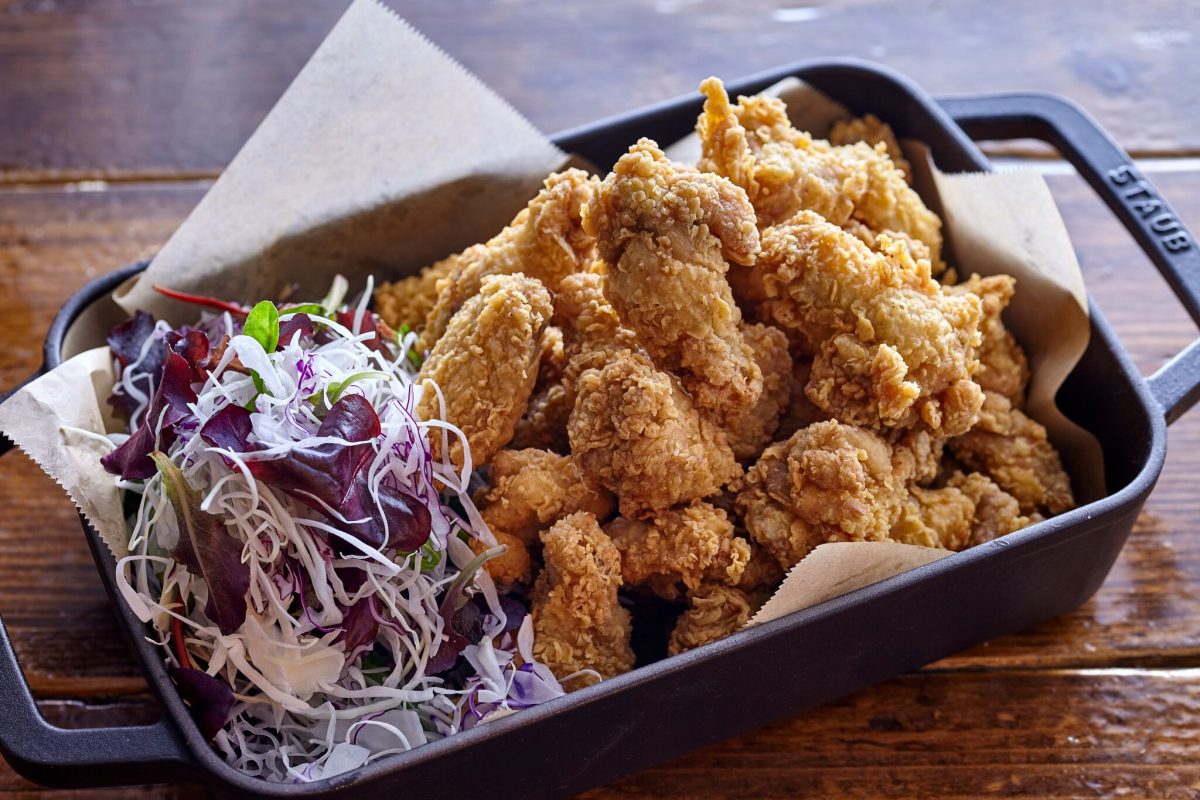 On The Dak – Covent Garden

The seventh London restaurant opening from Linda Lee (Koba, Mee Market), On The Dak is set to open as a sister restaurant to popular Korean street-food brand On The Bab. Specialising in Korean chicken, On The Dak will open in Covent Garden this month, on the corner of Monmouth Street and Neal Street. Here, the all-day menu will feature dishes such as Korean Fried Chicken; spicy or mild Chitang (Korean chicken soup noodles); Chibun (spicy Korean bbq chicken or fried chicken with cabbage); and Chibab (chicken and salad with rice). A meat-free Chibab will also be available, served with mushrooms and house soy. On the restaurant’s launch day, On The Dak will celebrate by giving away 100 portions of Sweet Soy Korean Fried Chicken from 11:30am-1:30pm, on a first-come, first-served basis.

Speaking on the launch of On The Dak, Linda Lee said: “Koreans love chicken, whether it’s fried, in soups, on noodles or with rice, and in all my restaurants chicken dishes are among the most popular. So I wanted to bring all my favourite chicken dishes, plus some new ones, under one roof.”

On The Dak will open on Friday 2nd February and can be found at 1 Monmouth Street, London, WC2H 9DA. 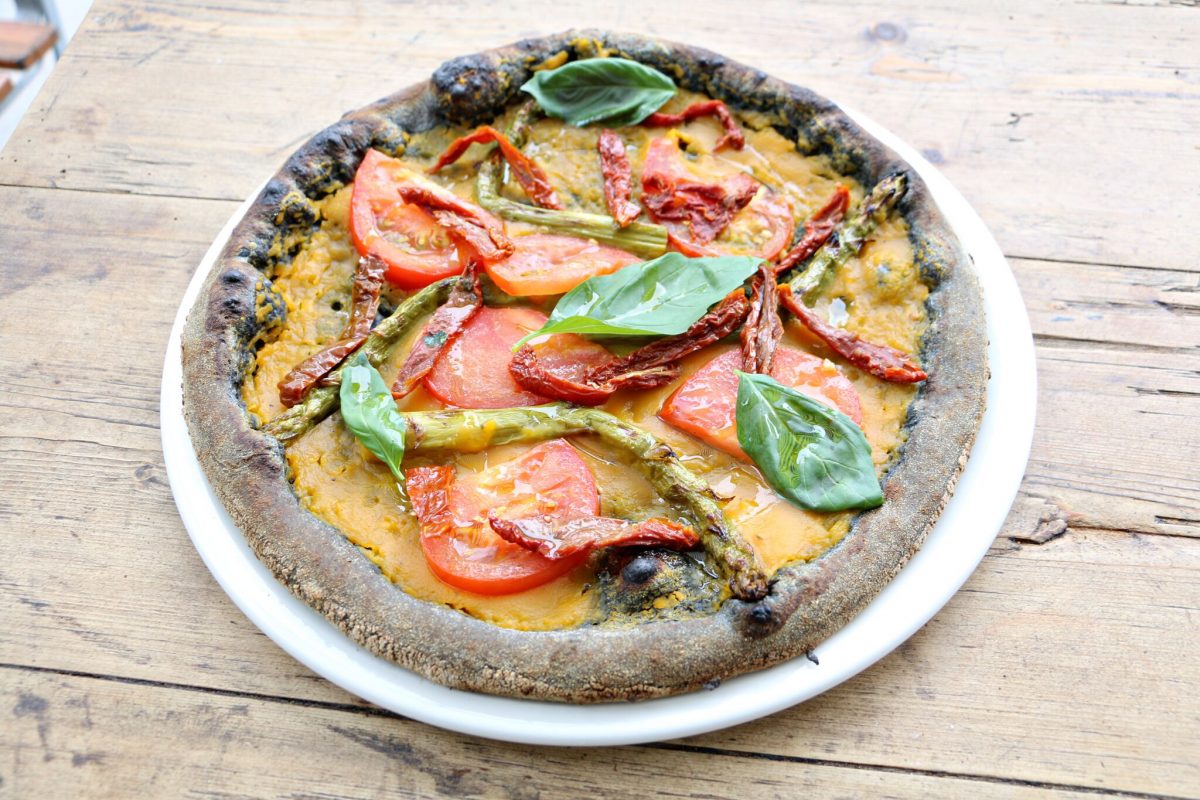 Following the success of their Islington restaurant, opened in 2016, Independent pizzeria Zia Lucia will open another restaurant in Brook Green this month. Bringing genuine Italian pizza to West London (an area close to founders Claudio Vescovo and Gianluca D’Angelo’s hearts), the new 50-cover restaurant will continue to serve pizzas with unusual doughs that contributed to the original’s strong reputation.

Zia Lucia Brook Green is set to open on Saturday 3rd February and can be found at 61 Blythe Road, London, W14 0HP. 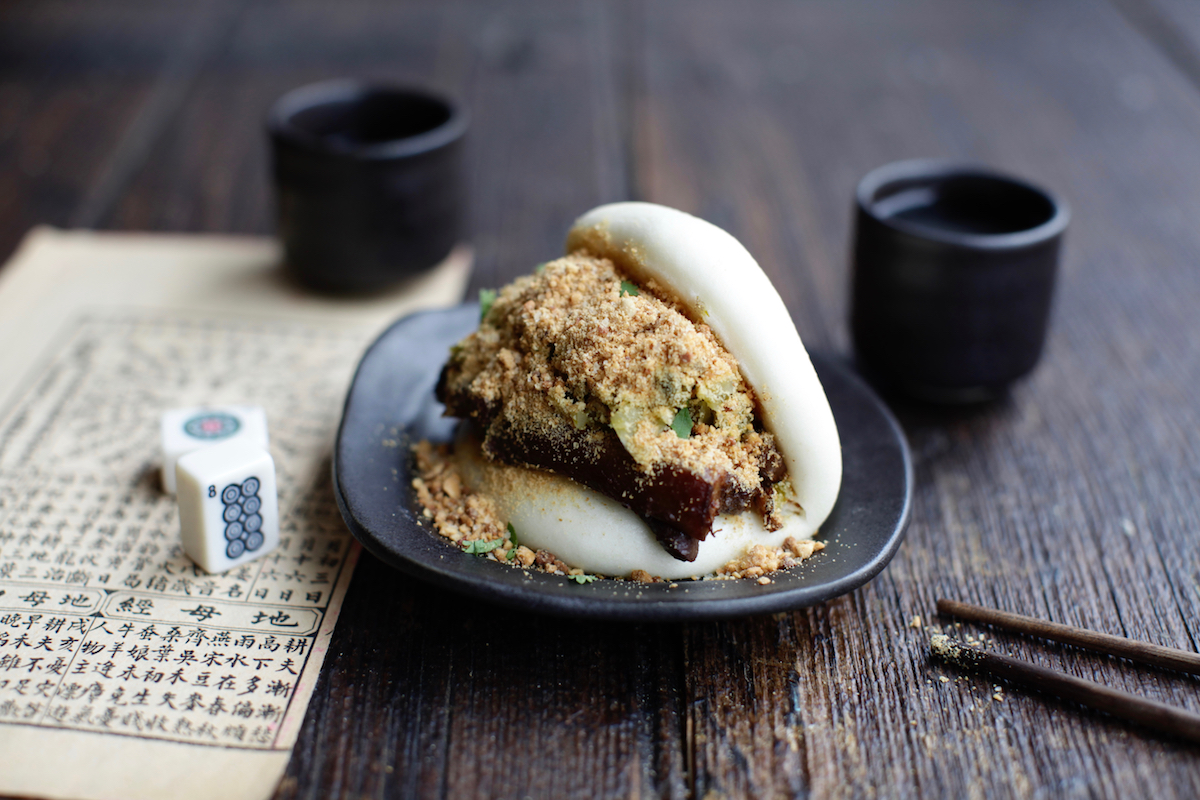 From the team behind Mr Bao in Peckham, Daddy Bao opens in Tooting this month. As expected, the core focus at Daddy Bao will be its namesake bao buns, plus Taiwanese fried chicken and snacks. From the menu, ‘Mr Bao’ (a slow-braised Flock & Herd pork, pickles and peanut powder bao bun) will be available alongside a ‘Drunken Prawn Bao’, stuffed with beer-marinated prawns, pickled mooli and spring onion. Moreover, Daddy Bao is one of the few London restaurants to serve vegan-friendly, milk-free bao buns. Here, vegan fillings include either Teriyaki Shitake mushroom with miso mayo and crispy shallots, or braised tofu, roast butternut squash, golden kimchi and coriander.

Daddy Bao is set to open on Friday 16th February and can be found at 113 Mitcham Road, London, SW17 9PE. 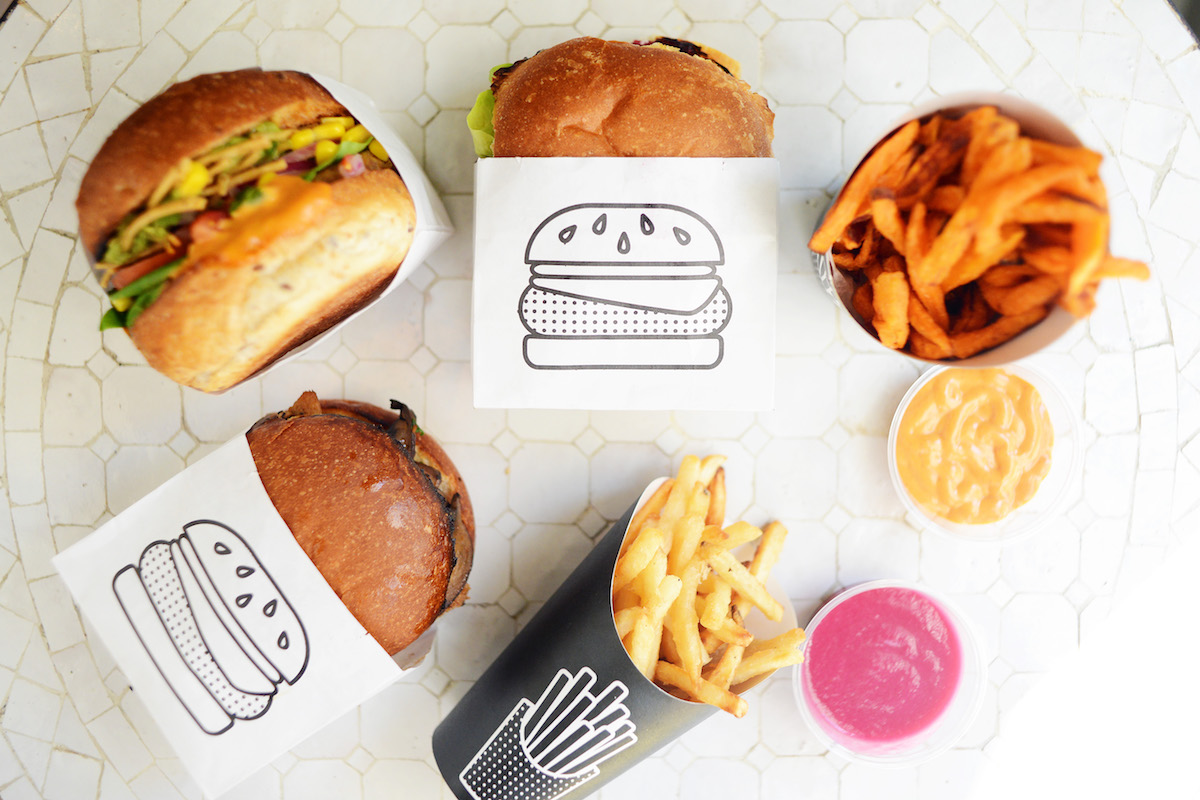 Vegan fast-casual restaurant by CHLOE. is set open in the UK, for the first time. Taking over a space in Covent Garden, the American plant-based restaurant will seat 70 and offer an exclusive “London by CHLOE.” menu to celebrate the launch. This menu will take inspiration from classic British dishes such as fish and chips, Shepherd’s Pie, Pea and Ham soup and Sticky Toffee Pudding – all of which will be vegan. In addition, by CHLOE’s signature salads, burgers, fresh pastas, daily-baked sweets and dairy-free ice cream will also be available, all made in-house daily.

On by CHLOE’s UK launch, Founder and Creative Director, Samantha Wasser said: “London is the perfect fit for our first international location, with one of the world’s greatest and growing food scenes. The ethos of by CHLOE. is to make plant based food affordable, approachable and accessible. We are beyond excited to offer our London customers their very own exclusive menu to celebrate our expansion into the UK and look forward to growing our presence from here!”

By CHLOE is set to open on Tuesday 6th February and can be found at 24-43 Russell Street, London, WC2B 5HA.