These are the best new London restaurant openings for Summer 2020. 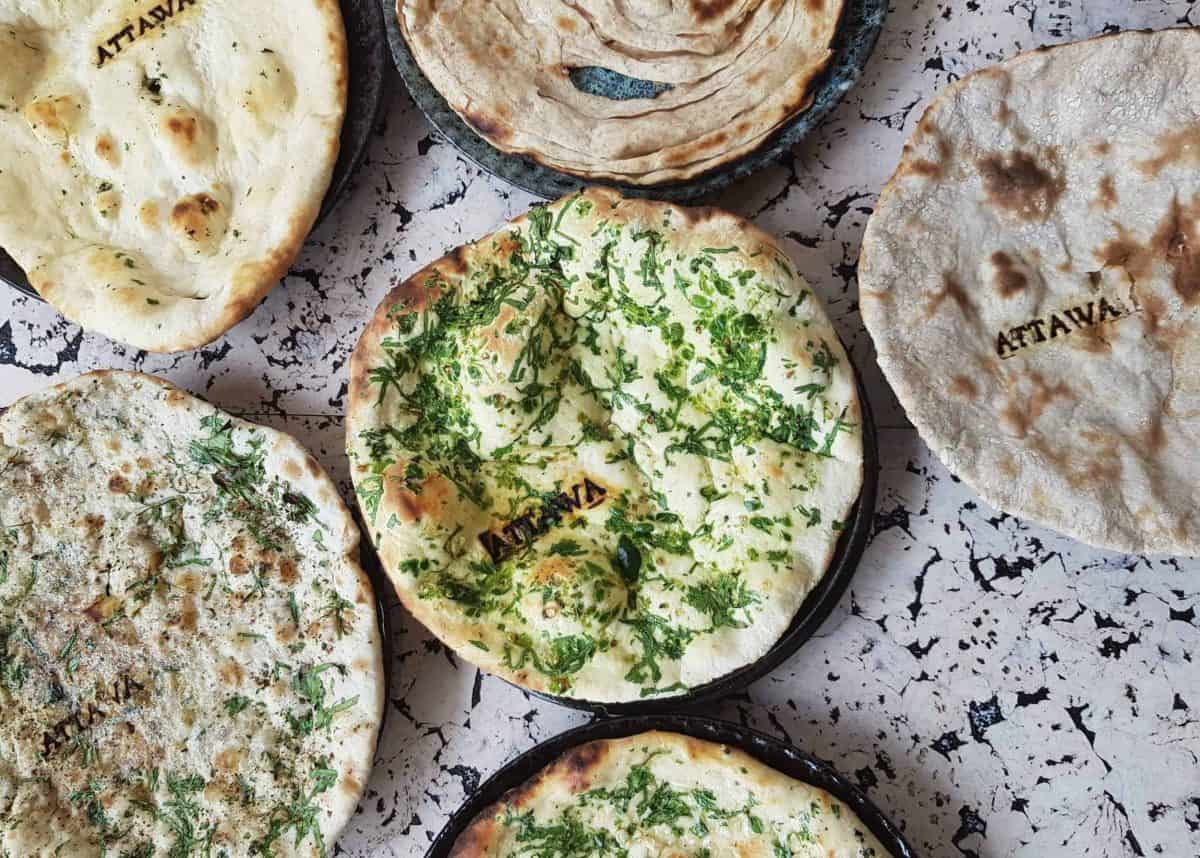 As hospitality businesses began to re-open at the start of July, following almost four months of forced closure, a clutch of brand new restaurants have also planned to open in London this summer, in various guises. We pick five of the most exciting.

Serving dishes from the Punjab region of Northern India, Attawa initially launched as a takeaway only operation. As restaurants have begun to re-open, the new restaurant is now open for dine-in customers. The restaurant takes its name from founders Ravinder and Amar Madhray’s family village in Punjab, where they lived before re-locating to London during the 1970s.

For the launch, Ravinder and Amar collaborated with Arbinder Duggal on the menu – a semi-finalist on MasterChef: The Professionals in 2019, who also grew up in Punjab. Here, the menu offers a modern take on Punjabi home cooking, with a mix of comforting family recipes and modern interpretations celebrating one of India’s most famous food cultures. Highlights include the likes of Amritsa Khatta Ladoo (fried lentil dumplings) served with relish and carrots, topped with pani; tandoor lamb sheek with mint chutney; aloo gobi, Gajjar Subzi; Punjabi chicken kari; pindhi chole (chickpeas slow-cooked in chana masala); and gulab jamun to finish.

Attawa is open now and can be found at 6 Kingsland High Street, London, E8 2JP.

A new restaurant from the team behind Salon and Levan, Larry’s was originally planned to open in March before the effects of the novel coronavirus forced thousands of businesses to temporarily close. Like Levan, Larry’s is named for the 1970s dance music pioneer and DJ, Larry Levan. Inside, the space takes inspiration from the 1970s with its orange laminate tables and green Eames chairs, while the food takes cues from the corner bars, diners and cafes of New York. Open all day, the restaurant serves breakfast, lunch and dinner, staying open until late, playing music from a vintage Celestion Ditton sound system.

Championing their own ‘NoriTacos’, Sugoi JPN plans to launch 10 new sites within the next 12 months. The first new site is set to open on Thursday 6th August, occupying a unit at Merton Abbey Mills, South Wimbledon. Another will open in Palmers Green later this month. Open from Thursday-to-Sunday, for the time being, the Merton Abbey Mills site will be home to a community terrace for diners to sit and eat, while takeaway will be also available. Delivery will be offered via Deliveroo, within a 2.5 mile radius of the site (SW19 2RD). On the menu, NoriTacos – a hybrid between Japanese nori and Mexican tacos, featuring firm tempura shells packed with rice and various fillings – will feature heavily. Expect fillings such as tempura soft shell crab with lamb’s lettuce; mango with tuna, salmon, masago and avocado; or Japanese fried chicken karaage with ginger, lemon, mixed salad and eel sauce.

Speaking to The London Economic on the launch of the new restaurants, Sugoi JPN Founder Felipe Preece said: “We couldn’t be more excited and proud to be working with The Bench and The Hospitality Portal for our London expansion strategy. Professionals with extensive hospitality experience, they have the vision and passion we have been looking for and we are confident we will accomplish Sugoi things together. South Wimbledon and Palmers Green are the first of ten dark kitchens we will be launching over the next twelve months and we look forward to welcoming you!”

As of mid-August, Ennismore – the group behind Hoxton Hotels, Eggbreak and Tandoor Chop House – will utilise the space occupied by Eggbreak, introducing what will, effectively, be a second Tandoor Chop House site. As Eggbreak is a day-time only operation, Tandoor Chop House will take over the venue for evening service from Wednesday-to-Sunday. Inspired by the communal restaurants of North India and the classic British chop house, the new restaurant’s opening menu will feature a parade of Tandoor Chop House greatest hits. Highlights include bhaji onion rings with smoked aubergine raita; house tandoor chicken, amritsari crispy lamb chops, and tandoor roasted cauliflower; nimbu masala fries; and mature cheddar naan. Tandoor Tacos, the restaurant’s sister brand, will also be available for eat-in at the Notting Hill restaurant, featuring a combination of Indian and Mexican flavours.

Tandoor Chop House Notting Hill is set to open on Wednesday 12th August, with a soft-launch offer of 50 percent off food running until Thursday 13th August, and can be found at 30 Uxbridge Street, London, W8 7TA.

A new restaurant near London Bridge, Tavolino is set across two floors and joined by a 70-seat outdoor terrace. Meaning ‘small table’, Tavolino champions simple dishes cooked with produce from across Italy and the UK, while the space is designed to evoke classic Milanese coffee bars and Florence’s traditional trattorias. With the kitchen headed up by Louis Korovilas (formerly Head Chef at Bancone), Tavolino’s menu will include a wide selection of Italian dishes. Baked in-house by pastry chef Taylor Sessegnon-Shakespeare, bread includes honeyed garlic focaccia, and an olive and parmesan roll. Additional highlights include panelle, lardo, duck ham and whipped anchovy; fresh burrata with grilled zucchini scarpece; and hake with ‘nduja and zucchini scarpece to share.

As for the new restaurant’s pasta dishes, expect silk handkerchief pasta sheets with walnut butter and Burford Brown yolk; tagliatelle with spicy ‘nduja and pork ragù; or hand-rolled gnocchi with tomato, basil and Barilotto cheese made with buffalo milk in Salerno. A selection of Romagna-style pizzas are also available with thin sourdough bases, plus desserts such as Amalfi lemon meringue, or balsamic vinegar chocolate mousse.

On the launch of the new restaurant, Head Chef Louis Korovilas said: “I respect the Italian approach to cooking: a dedication to quality ingredients, eaten at their peak, with the flavours coaxed from each one. At Tavolino, we’ll be steering away from using overused produce of mediocre quality and have spent the last six months going directly to suppliers who have been perfecting their produce for several generations. For example, we’ve found the best Pecorino Sardo DOP and a 24-month aged Parmigiano Reggiano for our pastas, and our lemons are sourced directly from a farmer on the Amalfi coast.”

Tavolino is open now and can be found at Unit 1, Riverside, 2 More London, London, SE1 2DA.