Set within 123 acres of rolling Surrey parkland, a stone’s throw away from Ascot, the training ground of the England Rugby Team and the prestigious Wentworth golf club is Chef Michael Wingall’s two Michelin starred restaurant. Pennyhill Park is an exclusive hotel and spa that showcases an eclectic mix of grandeur and rustic naturalist architecture. Ivy […]

Set within 123 acres of rolling Surrey parkland, a stone’s throw away from Ascot, the training ground of the England Rugby Team and the prestigious Wentworth golf club is Chef Michael Wingall’s two Michelin starred restaurant.

Pennyhill Park is an exclusive hotel and spa that showcases an eclectic mix of grandeur and rustic naturalist architecture. Ivy climbs the walls turning a deep shade of crimson as it peaks below the pointed turrets of the building. The sprawling greenery planted in the immediate grounds almost swallow the building, cementing its place in the glorious Surrey countryside.

As we arrived we were greeted by the restaurant staff and were treated impeccably. It was Tuesday evening and the restaurant was still quite busy. There was a mix of people who have probably come to stay specifically to eat here, young men trying to impress their expensive partners and a few men in suits who spent the whole evening working on their laptops, so accustomed to 2* cuisine it has become akin to the workingman’s lunch break in KFC.

Describing his cooking as ‘complex, carefully crafted and very technical but not intimidating’ Michael’s style has familiar classical themes with all flavours staying true to themselves. We were offered the ten course taster menu and opted for a bottle of Derthona Timorasso 2011, Vigneti Massa, Italina. Many Italian wine experts consider Timorasso Italy’s best white wine. A medium- to full-bodied white wine, showing sweet minerality, honey, and green tea notes.

As you would expect in a restaurant of this quality each course was introduced by the waitress and each course was a delight. My companion, who is a devoted “foodie”, could only muster “Oh that’s class that,” after every mouthful. So no help there to express the subtle and delicate flavours, but he was certainly enjoying himself.

What was the most surprising after the sumptuous savoury courses were the desserts, more a work of art than a plate of food. We both agreed they were better than the main courses, and that is not taking anything away from the earlier courses. Dishes such as ‘chocolate with sugar snap peas’ aren’t supposed to work, but it was as if everything on the plate had been placed on this planet for this dish alone.

The real art of Michelin star cooking for is the chef’s remarkable ability to transform a set of ingredients that would usually leave you in firs of laughter into a spectacle that leaves you totally blown away. Perhaps the England rugby lads would be unimpressed with the portions, but Michael Wignall is a cook of both technical ability and artistry. 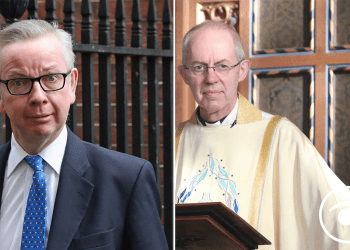