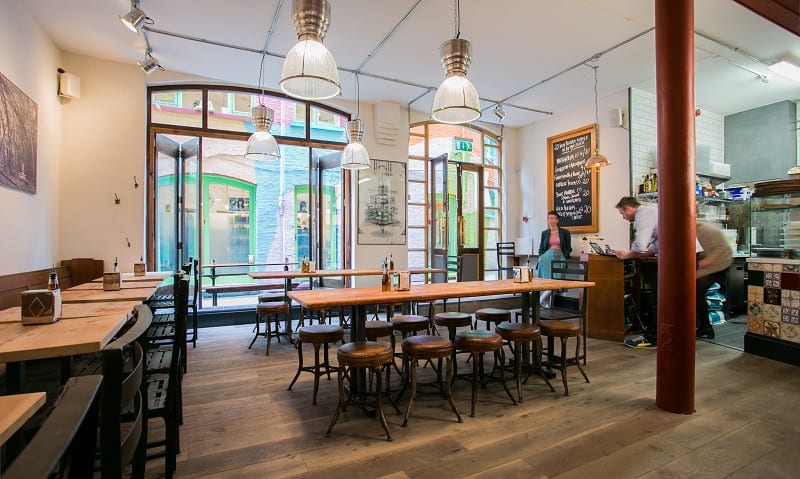 With the continuing success of acclaimed Pizzeria Homeslice, it’s been announced that the restaurant is set to take over a brand new premises in Fitzrovia. Beginning as a street food vendor attached to an East London brewery, Homeslice opened their first permanent restaurant in 2013, located in Covent Garden’s Neal’s Yard, where they’ve been serving their 20-inch Pizzas over the past couple of years.

Few details surrounding the new Fitzrovia outpost have been confirmed to the public, thus far, but we can expect the new 70 seat restaurant with an underground cocktail bar, dedicated takeaway area and al fresco dining area, to open on Wells Street in June.