Created by Wahaca co‐founder Thomasina Miers and Caravan co‐founder Laura Harper‐Hinton, Fork to Fork food festival will return to north‐west London on Saturday 16th June. Featuring a promising line-up of some of London and the UK’s most loved restaurants and chefs, the one-day event will take place at Ark Franklin Primary Academy in Kensal Rise; […]

Featuring a promising line-up of some of London and the UK’s most loved restaurants and chefs, the one-day event will take place at Ark Franklin Primary Academy in Kensal Rise; raising funds for the Open Air Classroom project, geared towards teaching children resilience, healthy eating and creative engagement with the curriculum.

Friends Thomasina and Laura launched Fork to Fork in 2015, with the aim to champion the benefits of outdoor learning in early child development, the importance of seeing how food grows and to promote a love for fresh fruit and vegetables. This year’s efforts will further support the national ambitions of a project to blueprint the flagship Open Air Classroom at Ark Franklin. With the support of Ark Franklin head, Janine Ryan, Fork to Fork has raised £100,000 towards building and developing the facility – the first of its kind in the UK. The next phase of the project is to forge stronger links between the ingredients grown in the garden and the food cooked in the school kitchen. Findings will ultimately be used as a toolkit to help benefit other schools.

Attending this year’s festival, leading chefs will include the likes of Skye Gyngell, Margot Henderson, Yotam Ottolenghi, Jeremy Lee, Jose Pizarro and many others. Festival-goers will have the opportunity to sample a number of street food small plates from a huge selection of over 40 stalls from some of the capital’s most celebrated restaurants – each priced at £3.

Moreover, Beavertown and Camden Town breweries will serve a range of craft beers, alongside a bar serving wine and spirits, kombucha from LA Brewery and coffee from Caravan Coffee Roasters. Cawston Press will also be on hand to serve soft drinks, available alongside Lickalix healthy ice lollies. 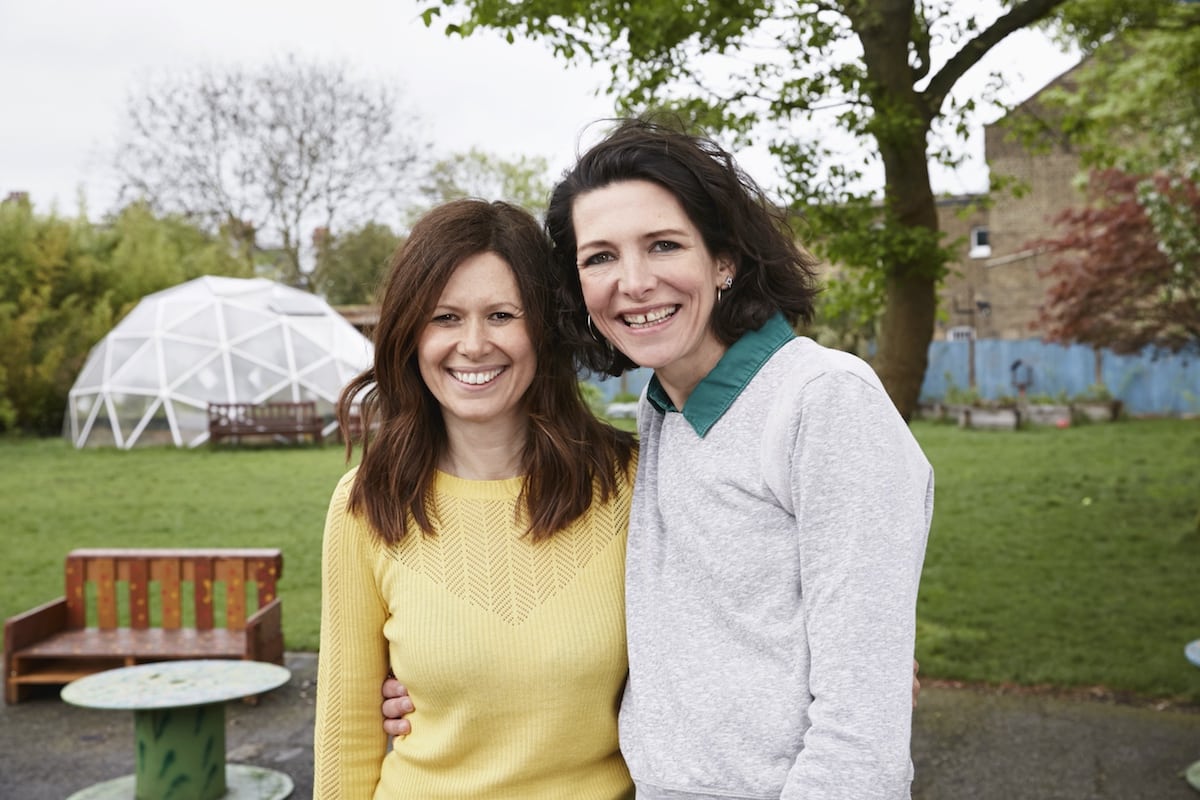 In the lead up to this year’s Fork to Fork, Thomasina Miers and Laura Harper‐Hinton spoke to The London Economic, sharing some further information on their unique food festival.

How did the idea to launch Fork to Fork come about?

“We wanted to create a fun and engaging event to raise funds for the Open Air Classroom Project, a food education initiative with national reach. The restaurant sector has a huge social conscience in this country so we called up some friends in the industry and Fork to Fork was born: a food and music festival with food by some of London’s best chefs and restaurateurs. The first event was in 2015 and it was so successful we repeated it in 2016. This is our third year!”

Tell us a bit more about the Open Air Classroom Project?

“The Open Air Classroom project was established in 2013, with the aim to use outdoor spaces and natural habitats to educate and engage pupils, and to promote healthy eating through food education. At Ark Franklin in Kensal Rise, the Open Air Classroom has a pioneering cabin class room, an eco-dome, raised vegetable and herb beds for each year group. The school is also testing two new educational charities, Flavour School and Chefs in Schools, both of whom have ambitions to improve school food and reduce childhood obesity. This year’s festival raises money for both the Open Air Classroom Project and these two groundbreaking charities.

“Our long term goal is to create a blueprint for schools across the country, sharing our learning to promote outdoor education and food education and dramatically increasing our nation’s resilience.”

What can people expect from this year’s Fork to Fork?

“More than 40 restaurants have signed up this year, whether its Michelin-starred The Ledbury and Portland, or food from chefs such as Skye Gyngell, Jeremey Lee and Jose Pizarro. We also have incredible craft beer from Beavertown and Camden Town breweries, natural wine from Salisbury Wine Store, LA Brewery Kombucha and more still to be added. Please come down and support, it’s set to be a fantastic day with incredible music stages, a children’s play area and an incredible raffle.”

Fork to Fork food festival 2018 will be held on Saturday 16th June at ARK Franklin Primary Academy in Kensal Rise from 12pm to 6pm. Tickets are available to purchase from franklinforktofork.com and are priced £10 for adults, £2.50 for children and under 5’s go free. All proceeds go to charity.