By Jonathan Hatchman, Food Editor, @TLE_Food As Londoners, year after year we find ourselves lacking the enthusiasm and pride that a day regarding our patron saint should be filled with, constantly becoming put to shame by the wide scale city celebrations that surround St. Patrick’s Day in March. And with April 23rd marking our national […] 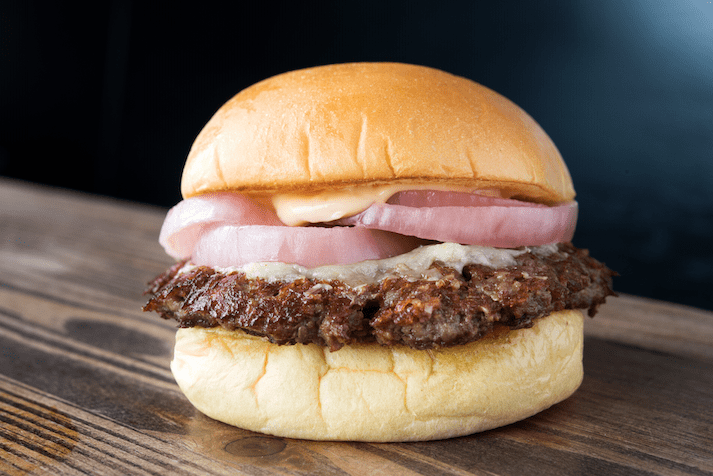 As Londoners, year after year we find ourselves lacking the enthusiasm and pride that a day regarding our patron saint should be filled with, constantly becoming put to shame by the wide scale city celebrations that surround St. Patrick’s Day in March. And with April 23rd marking our national “feast day” for St. George, albeit not referring to the type of feast that includes a large banquet, it seems fitting for us to provide a guide to all of the best food and drink events that are available in London to celebrate the special day. Whether it’s spent in a restaurant that boasts an exclusive St. George’s Day menu, or if the more heavily publicised “Feast of St. George” in Trafalgar Square is your cup of Tea, this guide contains something for everyone.

Iconic Central London landmark Trafalgar Square will set the scene for the official Feast of St. George celebrations in London, on Saturday (April 25th). Now in its twelfth year the festival will be encouraging attendees to wear red and white while sampling some fine English fare. While live music will be coming from the cast of The Beatles musical Let It Be, there’ll also be a range of celebrity chefs present at the event as well as a master class led by one of England’s leading Tea experts. Also tying in with the nation’s favourite non-alcoholic drink, for the first time the event will feature a Tea dedicated marquee, with the opportunity for guests to create some delicious Tea-based Mocktails.

Ok, this one doesn’t actually fall on April 23rd either, but on Sunday (April 26th) Borough Market will be celebrating the day of our patron saint. Between 12-4pm, the market will host a festival of food, music, story telling and theatre. And what’s more, the event will also remember that St. George is also patron saint of Catalonia, as they embrace both cultures with plenty of special themed products available on the day, as well as a demonstration kitchen that will be held by chef Lesley Holdshop that’s set to create a range of traditional dishes with a modern twist.

Located just a stones throw from King’s Cross and St. Pancras International station, Plum + Spilt Milk, on the first floor of the Great Northern Hotel will be celebrating St. George’s Day with a special menu for one night only. Headed up by acclaimed chef Mark Sargeant, the restaurant is set to offer a three-course menu of sensational homegrown ingredients, each paired with English Beers and sparkling Wine. The menu will be exclusively available on April 23rd between 11am and 11pm, and is priced at £45 per head for three courses, with optional beer and wine pairing available for £15.

Similarly to their St. Patrick’s Day menu addition, American restaurant chain Shake Shack’s only UK outpost – in London’s Covent Garden – have introduced ‘The Yard Burger’ for St. George’s Day. Made from custom-blend 100% Aberdeen Angus, the beef patty is topped with Montgomery’s Cheddar from Neal’s Yard Dairy and some house-made pickled Red Onion, finished off with the restaurant’s famous ShackSauce. Priced at £7 (£10.50 for a double patty) ‘The Yard Burger’ will be on offer at Shake Shack Covent Garden until April 26th.

Also offering customers an exclusive St. George burger is Acton’s Dragonfly Brewery, located within The George & Dragon Pub. Featuring a 100% pure English (of course) Beef Burger made in house, using the Pub’s London stout, then topped with Red Onion Jam, Smoked Back Bacon and Mature Cheddar. Served with a pint of Traditional English Bitter, priced at £15.

Situated within the Square Mile, just a stones throw from Liverpool Street Station and the bustling Spitalfields Market that will be filled with Vintage and Antique aficionados on Thursday, Dirty Dicks Pub will be celebrating St. George in style. Set to feature events including Dray Horses that will be stopping right outside the pub, on their trip around the city, live music, hearty roast dinners, and most importantly, the pub will have a special St. George’s Day promotion of £2 pints, available all night.

If none of the aforementioned events tickle your fancy, you can always head along to your local pub to celebrate, with plenty of great English drinking establishments located throughout the city. 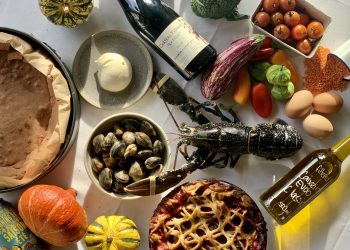