In the midst of concept restaurants and fleeting food trends there is always one reliable dinner option that never fails: steak. While plant-based eating is on the rise, what with everything now being turned into a meat-free alternative, steak, however, is still as prevalent as ever. This food source forms the backbone of many note-worthy […]

by Alicia Grimshaw
in Food & Drink 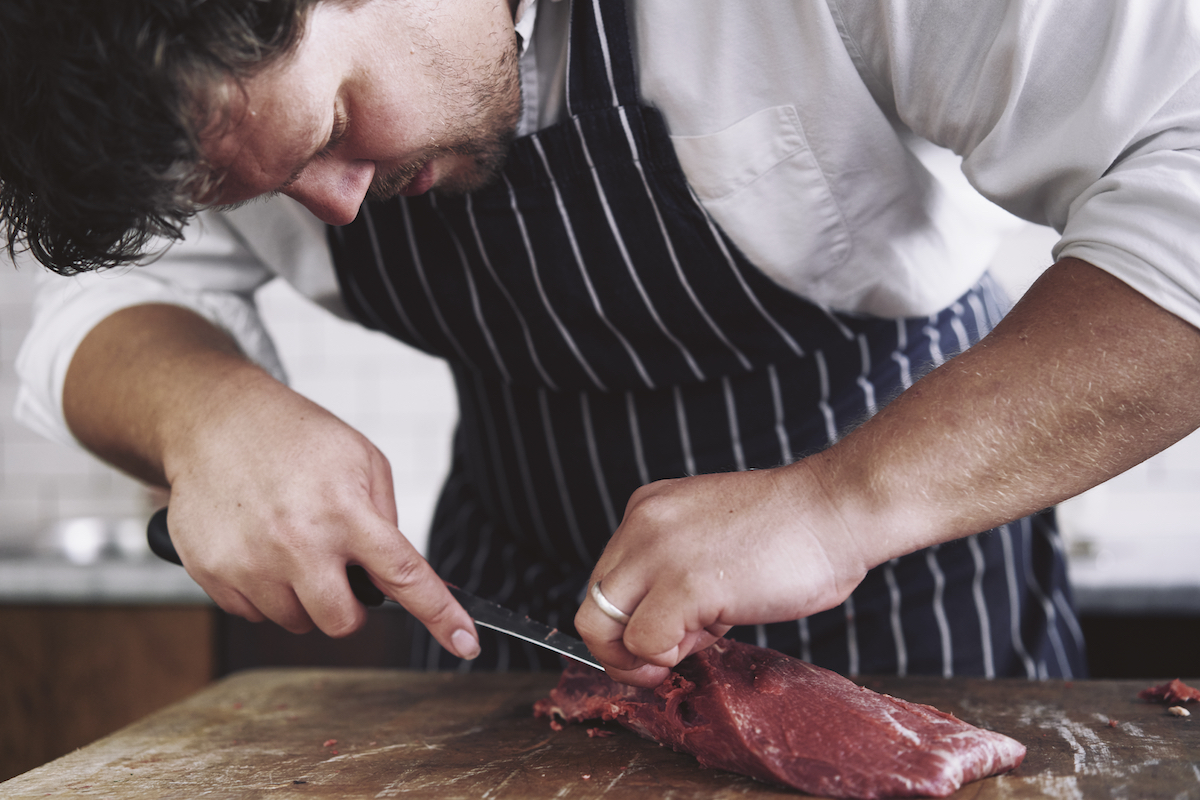 In the midst of concept restaurants and fleeting food trends there is always one reliable dinner option that never fails: steak. While plant-based eating is on the rise, what with everything now being turned into a meat-free alternative, steak, however, is still as prevalent as ever. This food source forms the backbone of many note-worthy restaurants in London. Hawksmoor, first opened in 2006, now operates out of six branches in the capital, while Blacklock, which has risen like a fine bread through the changing and often difficult restaurant landscape, dishes up God-like steaks and chops to boot. And then you have the steak stalwarts such as Boisdale, CUT at 45 Park Lane, and Goodman who have all stood the test of time.

Then Flat Iron joined the ranks, and fast became the raconteurs of the steak world, knocking out overlooked cuts of meat for a price tag less than a slap-up meal in chain peri peri chicken restaurant, Nando’s. Flat Iron is a special breed of steak restaurant; they butcher all their meat on-site from carcasses sourced from their own heard in North Yorkshire overseen by third-generation beef farmer, Charles Ashbridge. Here it’s all about no frills and no fuss: making steak accessible for all.

When it comes to steak, there’s no denying that fillet, sirloin, rib-eye and rump hog the limelight. However, if you’re wanting to replicate a restaurant standard of steak within your own four walls, albeit without the use of an oak fire spit or charcoal grill, the flat iron is a fail-safe cut of meat (tender, flavourful and not overly expensive are a few pros). Flat Iron also run regular butchery demos from their ‘Butcher’s Office’ on Henrietta Street, Covent Garden, a 45-minute long interactive masterclass that offers a window into the world of butchery.

Hosted by Flat Iron’s in-house butcher, Calum Eades, you can learn the basics in order to achieve beefy perfection: the traceability of the meat, the butchery process (learning the correct way to de-fat the steak) and advice for steak cooking (handy if you don’t have a butcher within your inner friendship circle).

The colour and marbling of steak is crucial; beef purchased from a meat counter should glow with a burgundy hue. The garish red or pinky red meat often found on supermarket shelves means the meat has been procured from younger animals (un-aged, resulting in less flavour). And when it comes to storing your meat before cooking, allowing the meat to breathe is important. Place the steak on a plate and cover with another plate, so the air can circulate. Less is more when it comes to steak cooking – ditching fancy seasonings for a handful of quality sea salt allows the natural flavours to shine.

Remember: a medium heat, not too high, and you and your steak will be, well, golden.