Stemming from his personal obsession with all things fermented, Fermentation as Metaphor meditates on Sandor Katz’s art and work, drawing connections between microbial communities and aspects of human culture. 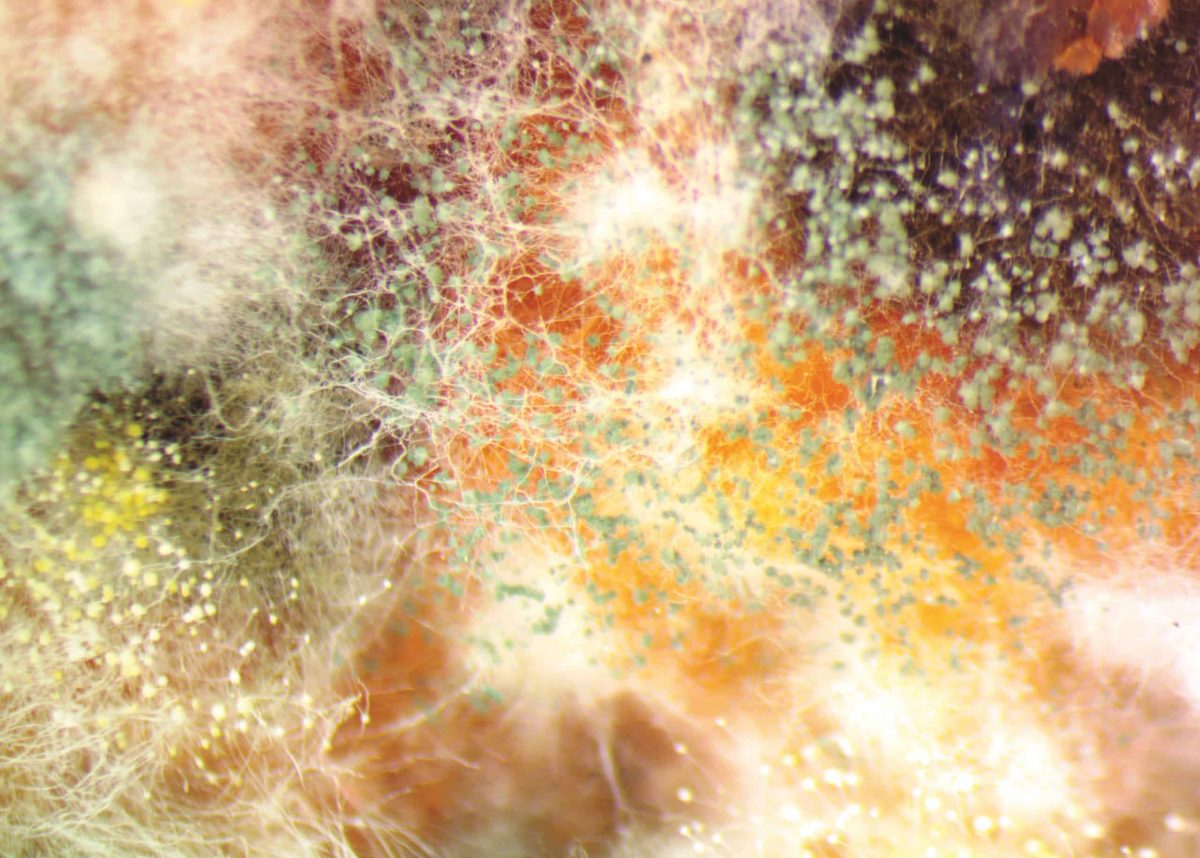 “It seems fitting to be sharing this book at a moment of such vast collective social fermentation,” says Sandor Katz on his new book, Fermentation as Metaphor. Following his 2012 bestseller and James Beard Book Award winner, The Art of Fermentation, the author and fermentation revivalist’s much anticipated new book delivers a mesmerising treatise on the meaning of fermentation alongside striking photography of this transformative process.

Ultimately, the aim is to teach us, with words and images, about ourselves, our culture, and being human, challenging readers to think differently about bacteria and what it means to transform food via fermentation. Rather than a cookbook, Fermentation as Metaphor is an exploration of what fermentation means both to Katz and in a metaphorical sense, accompanied by 50 beautiful photographs that showcase fermented food on a microscopic level, using both a stereoscope and electron microscope.

Stemming from his personal obsession with all things fermented, Katz meditates on his art and work, drawing connections between microbial communities and aspects of human culture: politics, religion, social and cultural movements, art, music, sexuality, identity, and even our individual thoughts and feelings. He informs his arguments with vast knowledge of the fermentation process, which he describes as a slow, gentle, steady, yet unstoppable force for change.

When you see the raw beauty and complexity of microbial structures, Sandor Katz says, they will take you “far from absolute boundaries and rigid categories. They force us to reconceptualise. They make us ferment.”

The following excerpt is from Sandor Ellix Katz’s new book Fermentation as Metaphor (Chelsea Green Publishing, October 2020) and is reprinted with permission from the publisher.

I am deeply devoted to my practice of fermentation. In my home at this moment, I’m tending two long-term sourdough starters, one wheat and one rye, along with yogurt, and jun, a cousin of kombucha; periodically I dip into large vessels filled with half a year’s supply of kraut and kimchi while I wait for misos and shoyu and doubanjang and mirin and takuan and salo and saké and various country wines and meads to slowly ferment. In this realm there is a lot of waiting.

As my personal obsession with the microbial transformations of foods and beverages developed into books and a career as a fermentation revivalist, I have continued to ferment and learn and experiment in my home kitchen. I have had the great privilege to teach in many different parts of the world, and my travels have enabled me to taste and see incredibly varied fermented foods and beverages from wildly diverse cultural traditions, endlessly fascinating (and delicious). Yet the more I ferment, and the more I think and talk and learn about fermentation, the more I realize that what is even more exciting to me about fermentation than its practical manifestations is its profound metaphorical significance.

The English language uses the word fermentation to describe not only the literal phenomenon of cellular metabolism that it is—microorganisms and their enzymes digesting and transforming nutrients—but also much more broadly to indicate a state of agitation, excitement, and bubbliness. The expansive metaphorical possibilities of fermentation arise from the etymological roots of the word, from the Latin fervere, which means “to boil.” Long before the relatively recent scientific understanding of fermentation in the late nineteenth century as the work of bacteria and fungi, it was widely recognized by the bubbles that it (generally) creates. Therefore, anything bubbly, anything in a state of excitement or agitation, can be said to be fermenting.

According to the venerable Oxford English Dictionary, the earliest documented figurative use of the word fermentation in a surviving document comes from a Bible commentary, circa 1660, titled The Treasury of David, and is rather lurid: “A young man . . . in the highest fermentation of his youthful lusts.” And nearly as early, the term was applied to religious devotion, in this 1672 citation: “The Ecclesiastical Rigours here were in the highest ferment.” A 1681 political analysis observed: “Several Factions from this first Ferment, Work up to Foam, and threat the Government.”

Fermentation is extremely versatile as a metaphor. Inside our minds, frequently, ideas ferment as we think about them and imagine how they might play out. Feelings too can ferment, as we process them and they move through us. Sometimes this interior ferment transcends our individual experience and grows into a broader social process. In metaphor, as in the biological phenomenon, there is nothing that cannot be fermented. For decades now as a reader, ever since I began taking note of all things fermented, I have noticed in writing many varied metaphorical uses of the word ferment. “In the musical ferment of the late ’60s, influences were coming from every direction,” according to one article. “In the 1920s, Punjab was in religious ferment,” stated another. An artist’s obituary noted that he arrived in New York in 1955 and “was quickly swept up in the artistic ferment of the time.” The editor of a political journal was quoted in 2017 as saying, “It took a Trump, of all people, to allow for a certain level of intellectual ferment to take place.”

Certainly no particular ideology has a monopoly on fermentation. Intellectual, social, cultural, political, artistic, musical, religious, spiritual, sexual, and other forms of bubbly excitement are part of the range of human experience. In any realm of our lives, it is possible to get caught up in a feeling of shared effervescence. We should all be so lucky. Whatever the context, like its literal twin, metaphorical fermentation is an unstoppable force that people everywhere have harnessed, and gotten caught up in, in all sorts of different ways.

RELATED: Koji Alchemy: One of 2020’s most progressive cookbooks offers a comprehensive look at modern koji use