One of Mayfair’s best value restaurants, El Pirata has extended its Eat Out To Help Out offering, also available at lunch on Thursdays and Fridays. 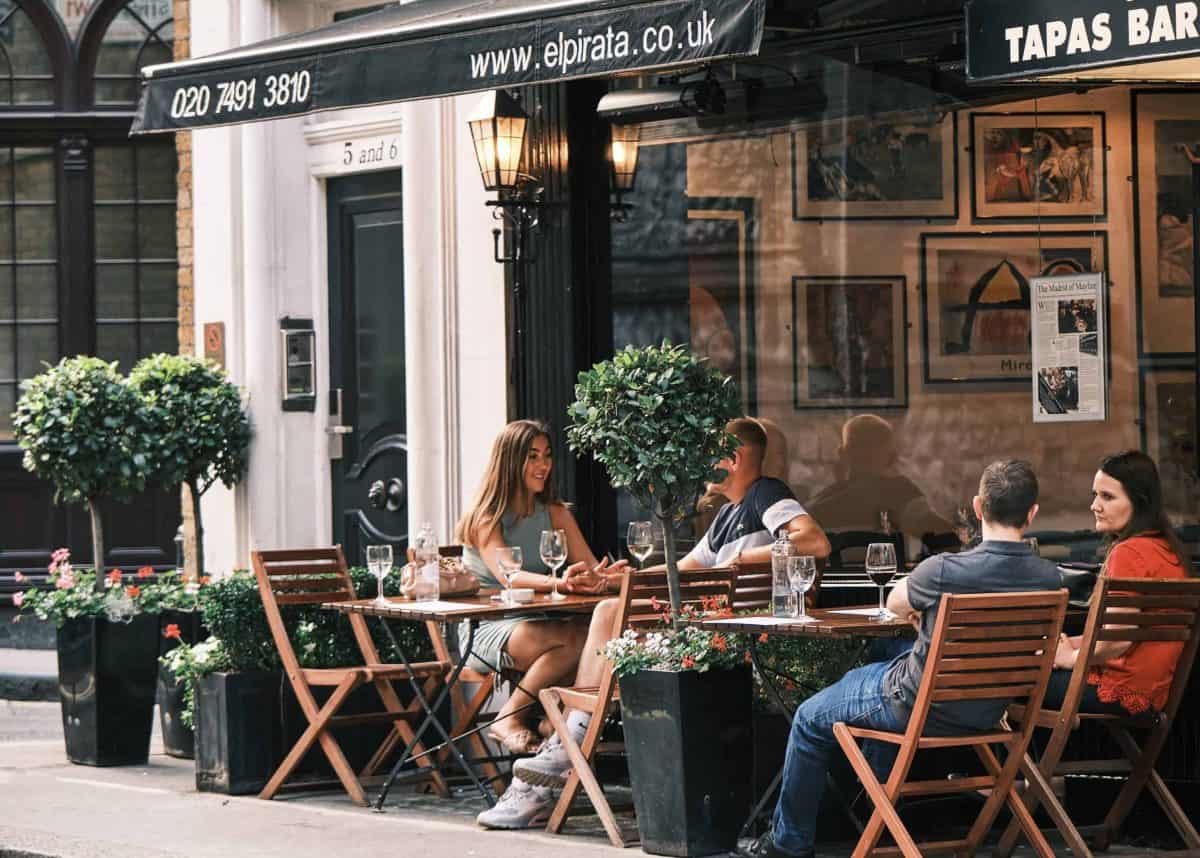 One of central London’s original tapas bars, El Pirata has extended its Eat Out To Help Out offering. As well as being available all day on Tuesdays and Wednesdays throughout August, the restaurant is also offering the same discounts on single tapas dishes (sharing dishes excluded) from 12 – 5:30pm on Thursday and Friday.

Moreover, with the government’s Eat Out To Help Out scheme discounts, the restaurant’s ‘Introduction to Tapas’ sharing menu is available for £10 per-person, offering a selection of the menu’s greatest hits and standards, including 10 dishes in total.

Having recently celebrated its 25th anniversary, El Pirata has re-opened following almost four months of closure due to the effects of the coronavirus outbreak and the government’s imposed lockdown, forcing restaurants across the country to close for eat-in customers until last month. Inside, tables have been spaced a little more than usual to facilitate social distancing and most staff members wear face coverings while serving. Welcoming service remains a focus here: informal, yet professional. As for the space itself, El Pirata is a refreshing retreat from the typical excess of Mayfair, within spitting distance of some of London’s most expensive restaurants.

An authentic take on a typical Spanish tapas bar, the room’s white-washed walls are festooned with prints from Spanish artists and black and white photography, black woodwork, wooden floors and black leather tablecloths. Downstairs, the cellar has been recently refurbished, with a selection of tables scattered amongst the exposed brickwork and terracotta tiling.

A recent dinner began with a plate of Jamón Ibérico de Bellota slivers. Albeit expensive at £25 (50 grams), the Cinco Jotas 5J has matchless provenance. Often considered a Spanish national treasure, the cured ham is produced from the hind legs of black Iberian pigs raised free range in the meadows of the south-west. The highest grade of Jamón Ibérico (Jamón Ibérico de Bellota) features pigs fed entirely on acorns towards the end of their lives. Transferring its unique properties to the ham, the fruit is comprised of carbohydrates and oleic acids which, in turn, contribute to a relatively healthy nature which helps to regulate humans’ metabolism and has been linked with reducing LDL cholesterol and preventing cardiovascular disease.

Established in 1879, Cinco Jotas in Jabugo uses purebred Ibérico pigs, relying on a team of veterinarians and experts in animal husbandry to source and care for the 100 per cent Ibérico pigs. Arguably the best-known Spanish ham in the world, pure Jamón Ibérico de Bellota 5J differs from the rest of the global produce, based on unique texture and incomparable flavour. The Jamón served at El Pirata is simply perfect. From the way it’s sliced, to the delicate, slightly salty flavour with nuances of sweetness complete with consistent flecks of intramuscular marbling, with the high fat content lending a rich, outstanding flavour profile. It’s a must-try.

Another strain of jamón Ibérico also featured in a foursome of superlative croquetas (£6.50), joined by bechamel and plunged into hot oil until crisp on the outside, while the molten core had a consistency closer to liquid. Additional tapas classics included boquerones (£6) – a simple dish anchovies marinated in vinegar – and pan con tomate rampant with garlic, featuring a strong focus on ingredients – from the grated tomatoes, to the olive oil, to the bread (£3.75).

Albóndigas were another highlight: small meatballs comprising both beef and pork, bathing in a sauce rife with garlic and tomato (£7.40). Black rice, coloured with squid ink, was cooked well and deeply flavoursome, though the accompanying squid was somewhat overcooked (£9.50). Better was a dish of al dente asparagus spears, simply embellished with Manchego shavings and a thick tomato sauce (£7.50), best washed down with a glass of the restaurant’s Albariño from the restaurant’s extensive wine list. Good value worth taking advantage of, with or without the government’s Eat Out To Help Out scheme discounts.