Europe's first 'brewery' has been unearthed in Uppakra in southern Sweden - predating the previous earliest such site by 400 years. 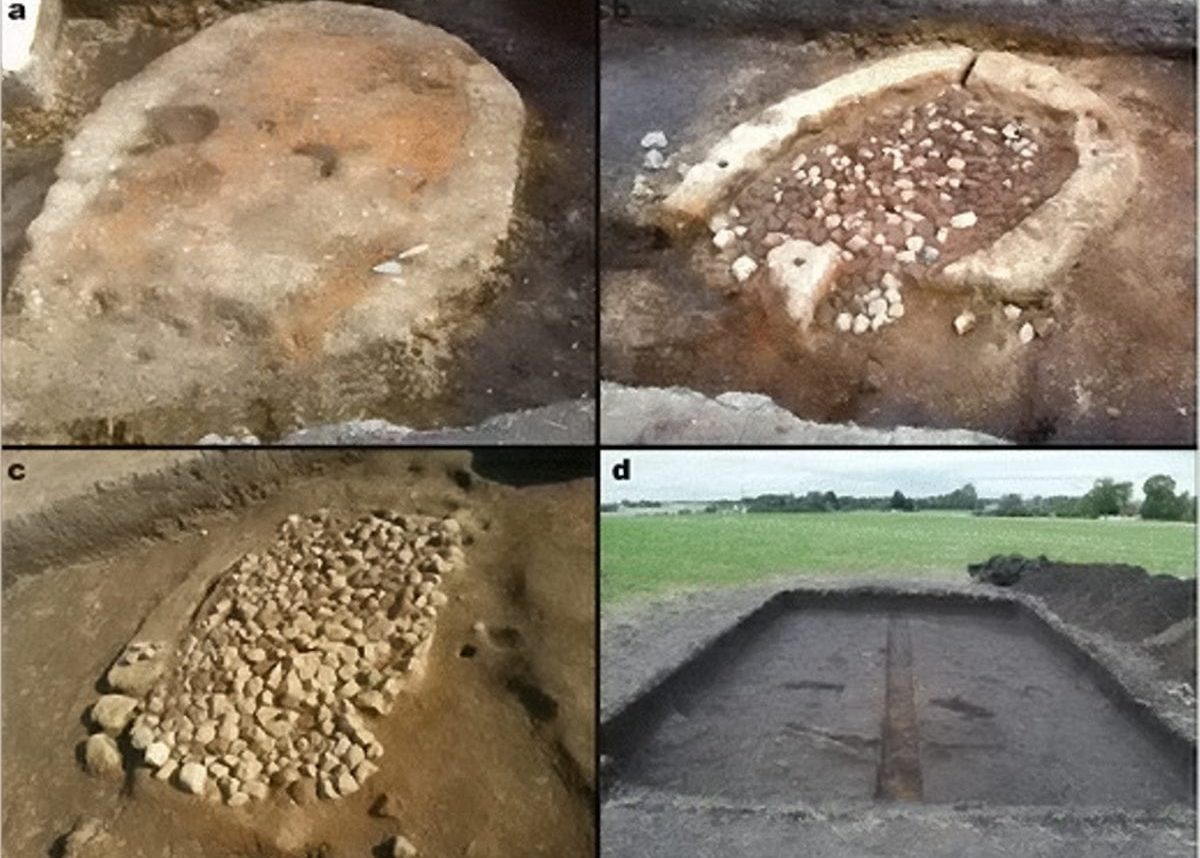 Europe’s first ‘brewery’ has been unearthed in Uppakra in southern Sweden – predating the previous earliest such site by 400 years.

It is directly across from Copenhagen – home to modern day brewing giants Carlsberg and Tuborg.

The findings really does confirm Scandinavia as the home of beer rather than areas of the continent more traditionally associated with it such as England and Germany.

Archaeologists dug up carbonised germinated grains dating back to between 400 and 600AD – around the time the Roman Empire collapsed.

It shows malt was being produced for brewing in the Nordic region centuries sooner than thought.

A low temperature ovens nearby suggests the beer would not have been boiled, like today.

The team at Lund University, Sweden, believe it would have been drunk during feasts – and to seal deals with traders.

Dr Mikael Larsson, an archaeobotanist who studies the archaeology of human and plant interactions, said: “We found carbonised malt in an area with low-temperature ovens located in a separate part of the settlement.

“The findings are from the 400 to 600s, making them one of the earliest evidence of beer brewing in Sweden.”

The monks of the monastery of St Gallen in Switzerland had been hailed as building the first full scale brewing operation in Europe during the early 800s.

Even this was thought to be hundreds of years ahead of its time, in many ways. 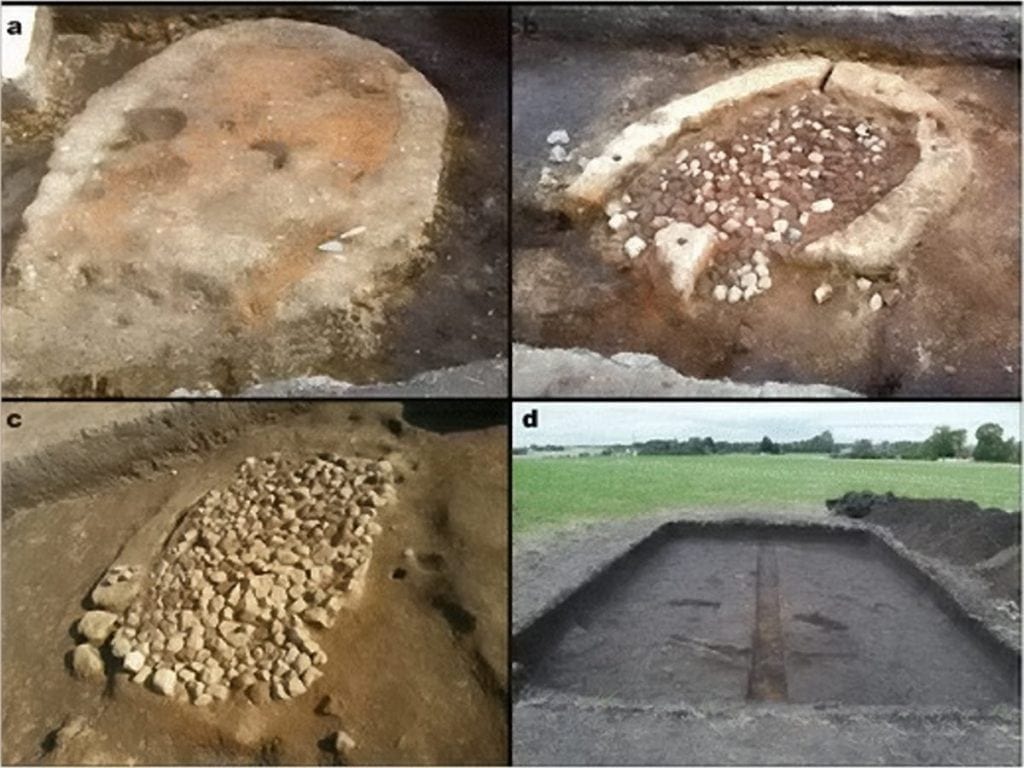 The brewery’s floor plan, drawn up in 820, would be essentially recognisable to any modern brewer, say experts.

Archaeologists have long known that beer was an important product in ancient societies in many parts of the world.

Through legal documents and images, it has been found, for example, that beer was being produced in ancient Mesopotamia, now the Middle east, 6,000 years ago.

But written sources in the Nordic region are absent prior to the Middle Ages before 1200AD.

So knowledge of earlier beer production is dependent on botanical evidence.

Explained Dr Larsson: “We often find cereal grains on archaeological sites, but very rarely from contexts that testify as to how they were processed.

“These germinated grains found around a low-temperature oven indicate they were used to become malt for brewing beer.”

Beer is made in two stages. The first is the malting process, followed by the actual brewing. 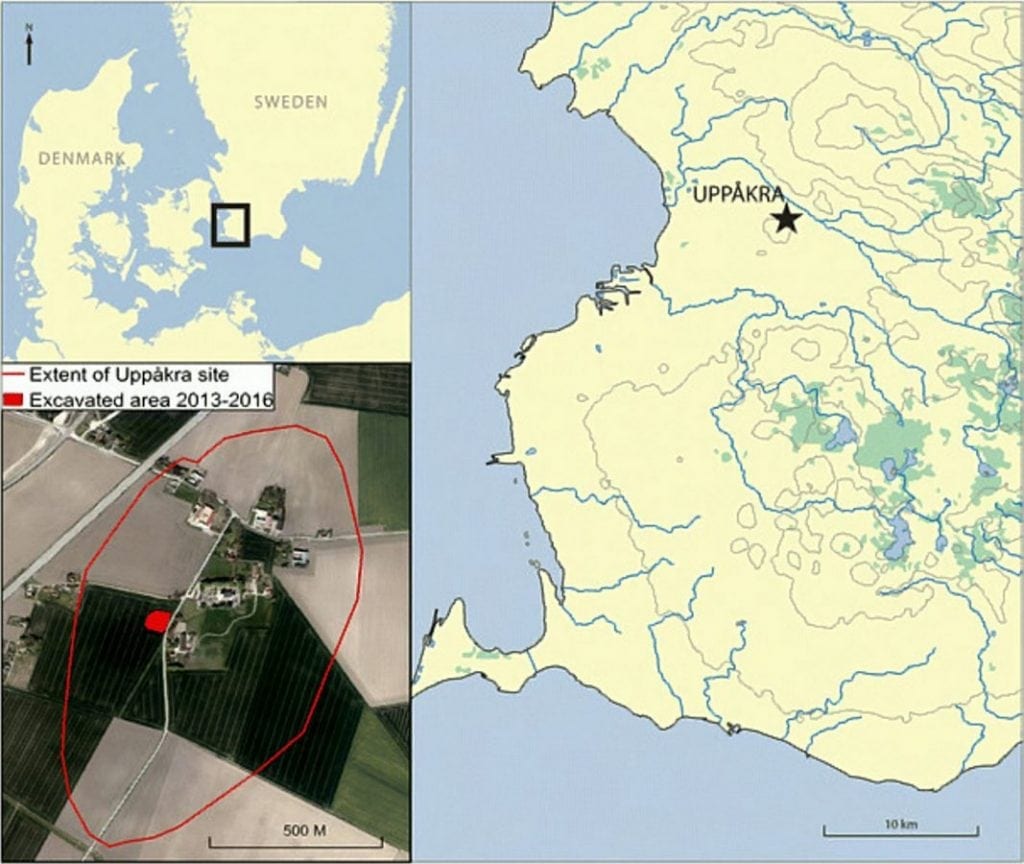 During germination, enzymatic activities starts to convert both proteins and starches of the grain into fermentable sugars.

Once enough sugar has been formed, the germinated grain is dried in an oven with hot air, arresting the germination process.

This is what happened in the oven, or kiln, in Uppakra.

Dr Larsson said: “Because the investigated oven and carbonised grain was situated in an area on the site with several similar ovens, but absent of remains to indicate a living quarter, it is likely large-scale production of malt was allocated to a specific area on the settlement, intended for feasting and trading.”

Early traces of malt in connection with beer brewing have only been discovered in two other places in the Nordic region.

One is in Denmark from 100AD and the other at an Iron Age fort at Eketorp on the Swedish isle of Oland built around 500AD.

Added Dr Larsson: “From other archaeological sites in the Nordic region, traces of the bog myrtle plant have been found, which indicates beer brewing.

“Back then, bog-myrtle was used to preserve and flavour beer. It wasn’t until later during the Middle Ages that hops took over as beer flavouring.”

In the study two litre soil samples were taken from pits around hearths and ovens. The plant material found is usually preserved in a carbonised state.

The soil was mixed with water so the carbon rises to the surface and can be sieved through a fine mesh.

The particles extracted were dried and studied under a microscope.

Dr Larsson said: “The excavation of the kiln structure revealed, underneath scattered daub fragments from the kiln, intermittent layers of burnt and unburnt clay, fine charcoal, and a stone packing at the ovens bottom.

“These layers comprised a build-up from one kiln structure.

“At the rear of the kiln was a channel-like part, observed in the field to contain fine charcoal, cereal grain, and a spindle whorl, possibly functioning as an air vent in the back of the oven.

“The scattered daub fragments recovered around the kiln had negative imprints from small wooden sticks.

“These imprints indicate how the kiln was constructed from a wooden framework, having formed a dome-shaped oven made from clay.”

Uppakra is currently the largest Iron Age settlements in southern Scandinavia and served as a densely populated political and religious centre of power for more than 1,000 years until the Middle Ages

The many findings made of imported luxury items such as jewellery and glass bowls, and from a developed production of crafts, indicate that the location was both rich and a significant trading centre.

The study was published in the journal Archaeological and Anthropological Sciences.