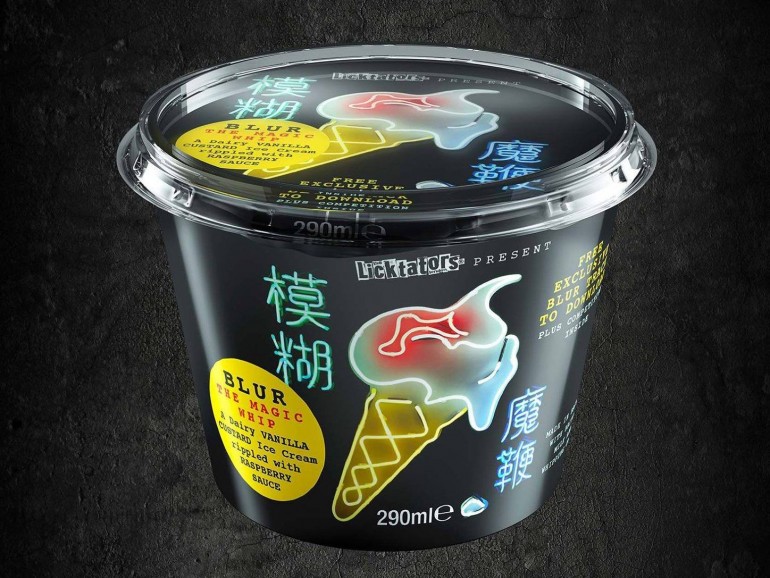 As part of a slightly bizarre marketing campaign to promote their brand new album – The Magic Whip – Blur have announced that they’ll be creating their own Ice Cream.

Teaming up with The Lickators, a company that’s already worked on Music-related flavours that include Jiggy Pop and John Lemon, Blur’s very own Magic Whip is a “Dairy Vanilla Custard Ice Cream rippled with Raspberry Sauce” and will be available on the band’s upcoming tour and at participating Co-op stores across the country.

And what’s more, the iconic band has also acquired a retro Ice Cream van that’s been driving around the city in promotion of the band’s long-awaited new album.