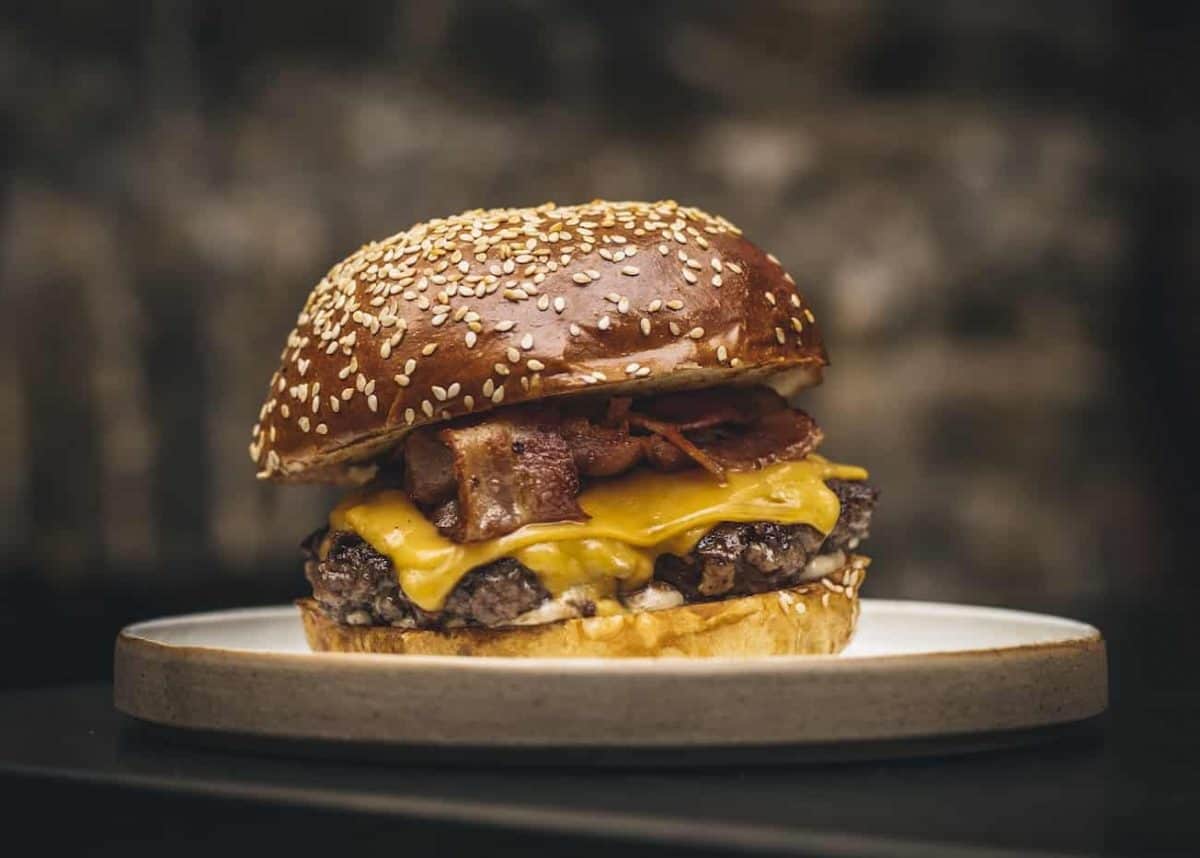 With a long, colourful history, burgers have become one of the world’s favourite fast foods. While minced beef has been enjoyed for centuries, most historical sources link the first burger to 13th Century Mongol horsemen who would stash raw beef under their saddles. After the ride, the pounded meat had become tender enough for the cavalry to eat raw; later taken to Russia and enjoyed as steak tartare. Once global trade had picked up, seafarers transported the dish to the port city of Hamburg, Germany, where heat was added to the equation, with the dish commonly referred to as a “Hamburg steak”. Immigrants fleeing Europe for America eventually introduced the Hamburg steak to the United States, with New York restaurant Delmonico’s considered the first establishment to feature the dish on its menu during the 1830s.

An all-American innovation eventually transformed the hamburger into the sandwich we know and love today, yet the exact origins remain murky. Although loose variations had been served previously, Louis’ Lunch in New Haven is officially accredited by the Library of Congress as selling the first hamburger in the United States during 1900. White Castle, the world’s first burger chain, followed in 1921, succeeded by the first branch of McDonald’s Bar-B-Que. Over the past 80 years, McDonald’s has played a significant role in revolutionising Americanised fast food, even inspired restaurant chefs. Since its launch at the end of the ‘60s, the Big Mac remains the world’s most iconic example – further introducing the world to the burger while paving the way for the launch of countless high-end burger chains.

Today, the US is synonymous with the burger (more than 40 billion burgers are consumed annually). On this side of the Atlantic, however, London also has its fair share of exciting restaurants either focussing entirely on burgers or serving superlative examples.

On arriving in the UK from the USA, former lawyer Zan Kaufman founded Bleecker in 2012. Over the past eight years, Bleecker’s burgers have become renowned as some of the city’s best, and for good reason. The key to the brand’s success lies within its simplicity, recreating elevated renditions of fast food classics. The cheese burger, for instance, features an aged patty from their new suppliers Aubrey Allen, cooked medium rare and served with a soft seeded bun, American cheese, lettuce and house sauce. The absence of over-the-top toppings also allows the exceptional quality of the beef to stand-out. Simply: perfection.

With the introduction of a new supplier, there’s hope that the cult-favourite ‘Bleecker Black’ will return, featuring a slice of black pudding, while a new plant-based ‘Symplicity burger’ has also been introduced. One of the range of vegan foods developed by chef Neil Rankin,

The Symplicity patty made using a mix of potato protein and fermented vegetables, which is deep-fried at Bleecker and served with cheese, onion, lettuce and house sauce.

With sites in Shoreditch and Camden Market, Burger & Beyond provides some of London’s most gloriously decadent burgers. Using beef from the team’s own farm (Herons Farm in Colchester), the beef burgers are barbicans of indulgence, including the likes of the Bacon Butter Burger with a 60-day-aged patty, American cheese, pancetta, onions and burnt butter mayonnaise. Sides are also a focus here, with highlights including fries crowned with cheese and bone marrow gravy, or ‘dirty tots’: tater tots with bacon, parmesan, ranch sauce and buffalo hot sauce. DIY kits are also available to enjoy at home, anywhere in the country.

Four Legs at The Compton Arms

A residency by chefs Jamie Allan, formerly of Hill & Szrok, and Ed Mcllory, formerly of Bao Fitzrovia, Four Legs has popped-up at The Compton Arms in Islington. While the menu focuses on British dishes with European and South Asian-inspired twists, the restaurant’s burger is a stand-out dish. A robust Dexter beef patty is stuffed inside a glossy brioche bun with American cheese, ‘special sauce’, finely diced onions and homemade pickles. With exceptional balance and painstaking attention to details, the burger is one of London’s best.

With the brand’s 10 shops (plus additional concessions) re-opening one-by-one, Patty&Bun selects ingredients from British suppliers wherever possible, including free range beef and buns made to a bespoke recipe, all produced in their Hackney-based kitchen. At the start of lockdown, Patty&Bun were also the first to create a “lockdown kit”, supporting their suppliers, HG Walter and Bread Ahead, while giving customers the chance to recreate their exemplary burgers at home. While the restaurants are beginning to re-open, the kits remain available, as does delivery from Sidechick, a new concept from Patty&Bun which focuses on roast chicken.

Born from a successful street food venture, Nanny Bills’ first permanent site opened at Boxpark Wembley last year, with the brand also hosting a residency at Vinegar Yard near London Bridge Station. Nanny Bill’s is also the official food partner for The Drive In cinema in London at Troubadour Meridian Water. Specialising in burgers and superlative croquettes, the restaurant’s ‘Dalston Dip’ is a must-order, with gravy on the side for dipping, as are the brisket croquettes, finished with a generous pinch of flaky sea salt.

While Mac & Wild isn’t dedicated to burgers, per se, the Scottish restaurant’s Venimoo in unsurprisingly revered. Continuing the restaurant’s ethos of offering sustainable Scottish produce, with all game and meat sourced direct from the Highlands, the Venimoo features both a venison and beef patty, complete with cheese, gherkins, caramelised onions, béarnaise, mustard, and the restaurant’s Red Jon sauce. DIY kits are also available for delivery nationwide.

Born from a street food operation, Studmuffin was launched by chefs James Lakie and Matthew Woollard – both having previously trained at Leith’s School of Food and Wine  and worked in high-end restaurants such as St. JOHN and the Reform Club. At Studmuffin, English muffins are the restaurant’s USP, with sites at Pop Brixton and Buck Street Market. The brand’s namesake burger comprises aged Dexter beef patties, melted cheese, onion jam, smoky burger sauce and pickles, all sandwiched between a toasted English muffin.

Arguably one of the UK’s best large chain restaurants, Honest is the only burger chain in the UK with its own butchery. Patties are made on-site, ensuring each has the perfect ratio of chuck and rib cap meat, and the meat is chopped rather than minced, thus able to be served medium rare. The rosemary salted chips are also a unique side worth tasting as well as their regular burger specials. First available in a limited number during lockdown as part of Honest Burgers’ charity and fundraising work, with all funds split between Landworkers Alliance, Hospitality Action and Trussell Trust, the restaurant’s ‘Honest at Home’ kits are also available for nationwide delivery.

This article was updated on Friday 28th August.