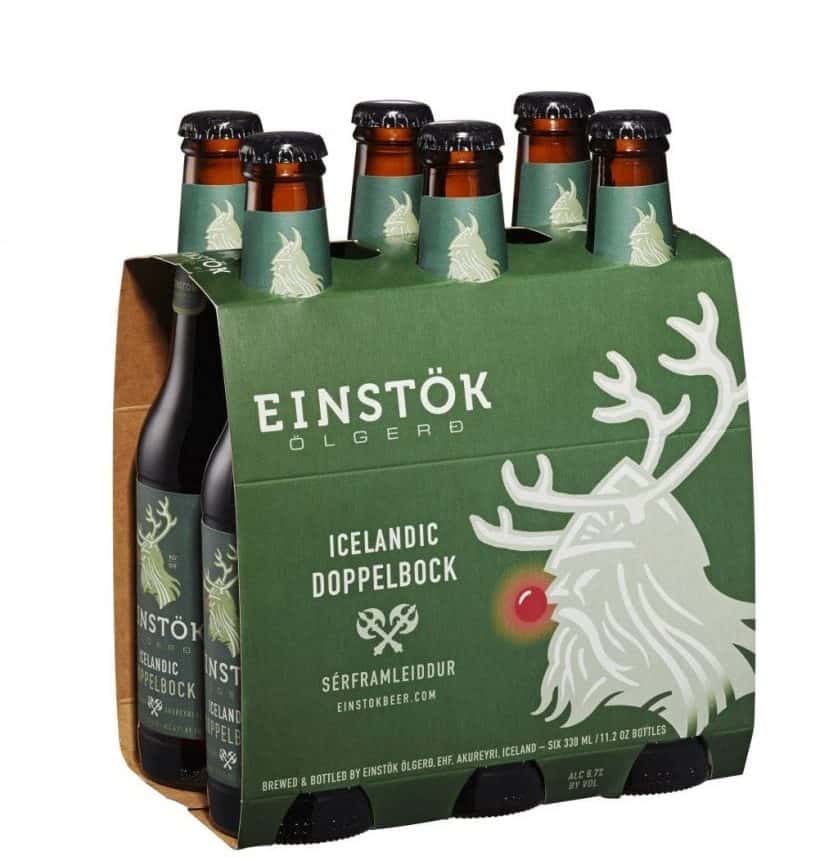 Named after the Icelandic word for “unique” – Einstök Brewery is located within the fishing port of Akureyi, 60 miles south of the Arctic Circle. Boasting some of the Earth’s purest water, which flows from rain and prehistoric glaciers through the Hlíðarfjall Mountain and ancient lava fields, thus allowing the brewery to craft some truly brilliant beers. Three beers currently make up their core range, including a truly remarkable white ale (perfect with a slice of orange), an equally impressive toasted porter, a pale ale and a new Scotch Ale – Wee Heavy. In addition, two seasonal beers are also on offer – Arctic Berry and Doppelbock.

Like the rest of Einstök’s beers, Doppelbock is 100% vegan and is brewed with a selection of malts and Bavarian hops, and when poured the beer is dark amber with a thick tan head and some visible carbonation. On the nose, notes of malted barley and chocolate are the most prominent, joined by some very slight notes of resinous pine. As expected, the notes of malted barley continue onto the palate alongside some caramel, bitter chocolate and very subtle notes of apple. Elsewhere there’s a huge deal of richness on the palate with some sweetness and a thick, oily mouth feel, making for an impressive winter beer from the North’s most consistent brewery.

Further information on Einstök Brewery, and their distributors, can be found at einstokbeer.com.