Dundee revealed as the cheapest place to enjoy a pint in Britain, followed by Swansea, Sunderland and Stoke. The research, that was carried out ahead of international beer day on Friday (7th August), found that London remains the least affordable city for drinking in the UK, costing £5.19 per pint on average.

The cost of booze in Brighton isn’t far off, where locals pay £5.02 for an ice cold pint.

Cambridge comes in as the third most expensive city, with pints costing £4.91 on average. Following this is Edinburgh and Oxford with a beer costing £4.74 and £4.49 respectively.

Cheapest city for a pint

The cheapest UK city to have a socially-distanced pint now that many pubs have reopened is in Dundee, where locals need to pay just £3.08 for a pint. This is 41 per cent cheaper than the capital and 86p less than the UK’s average.

By comparing the price of a beer in 177 of the world’s most populated cities in each country, London ranks as the 19th most expensive. The £5.19 that locals are forced to pay is over double the global average, which sits at £2.36 a pint.

It certainly isn’t cheap to head to a London pub, but there are numerous cities that will burn a larger hole in your pocket. A pint in Dubai, Oslo, Manama and New York City will cost between £2 to £3.50 more, but the dearest pint was found in Doha, Qatar at an eye-watering £10.86.

Cheapest pint in the world

In contrast, the cheapest pint in the world is found in Caracas, Venezuela at a very affordable 32p. This is closely followed by Freetown in Sierra Leone at 41p, while tourists heading to Lusaka, Zambia can enjoy a pint for only 57p.

Commenting on the research, travel and shopping specialist at finder.com, Georgia-Rose Johnson said: “It’s interesting to see that the average cost of a pint has risen by 4 times the rate of inflation (1.5 per cent as of March 2020).

“However, this rise is unlikely to put customers off with the pubs reopening after 3 months on 4th July. However, it is probable that pubs and bars may have to increase their prices in order to make up for the losses they have incurred by being closed over the last 3 months, causing the cost of a pint to be even more expensive next year.” 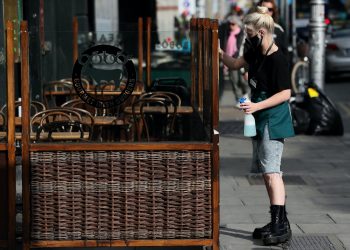