‘He was a gentle soul and a brilliant artist, who will stay with us for eternity through his iconic performances over his short yet illustrious career. ‘God bless Chadwick Boseman.’ 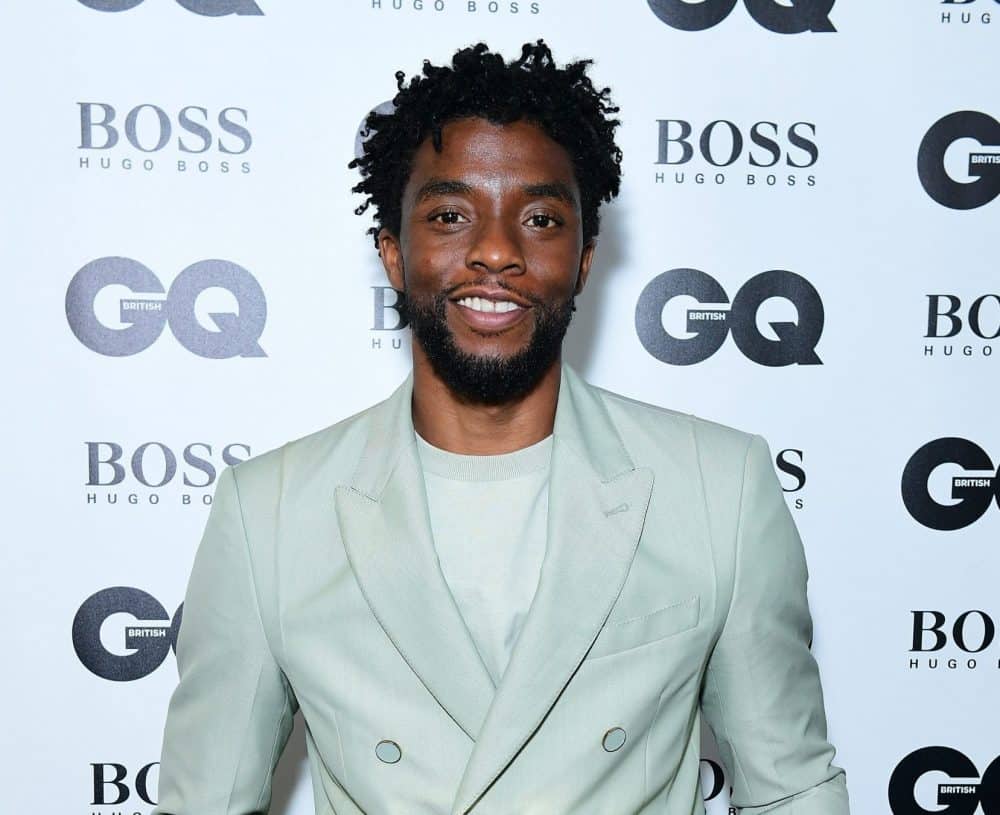 Tributes have been paid to actor Chadwick Boseman, best known for playing superhero Black Panther, following his death at the age of 43 after a battle with cancer.

Chadwick had spent the last four years battling colon cancer. This timeline means he was diagnosed in 2016—the year that he debuted as King T’Challa in Marvel’s Captain America: Civil War.

It also means that after his diagnosis, he filmed and appeared in Marshall, Black Panther, two more Avengers movies, 21 Bridges, Spike Lee’s Da 5 Bloods, and an upcoming adaptation of Ma Rainey’s Black Bottom.

In an announcement that stunned Hollywood, Boseman’s family said he had been diagnosed with colon cancer four years ago and died surrounded by his loved ones, including wife Taylor Simone Ledward.

The actor’s family confirmed the devastating news on Instagram, with a statement reading: ‘It is with immeasurable grief that we confirm the passing of Chadwick Boseman. ‘Chadwick was diagnosed with stage III colon cancer in 2016, and battled with it these last 4 years as it progressed to stage IV.  ‘A true fighter, Chadwick persevered through it all, and brought you many of the films you have come to love so much. From Marshall to Da 5 Bloods, August Wilson’s Ma Rainey’s Black Bottom and several more, all were filmed during and between countless surgeries and chemotherapy.

‘It was the honour of his career to bring King T’Challa to life in Black Panther.  He died in his home, with his wife and family by his side.  The family thanks you for your love and prayers, and asks that you continue to respect their privacy during this difficult time.’

He never discussed the illness publicly and films including Black Panther, Da 5 Bloods and Avengers: Endgame were all filmed “during and between countless surgeries and chemotherapy,” the family said.

Born in South Carolina, Boseman originally wanted to become a writer and director, graduating from Howard University in 2000 with a Bachelor of Fine Arts in directing.

Tributes to Boseman poured in from across a reeling Hollywood.

Denzil Washington told The Hollywood Reporter: ‘He was a gentle soul and a brilliant artist, who will stay with us for eternity through his iconic performances over his short yet illustrious career. ‘God bless Chadwick Boseman.’

Marvel chief Kevin Feige, who cast him as Black Panther, said his death was “absolutely devastating,” while Get Out filmmaker Jordan Peele said it was a “crushing blow”.

Chris Evans played Captain America and said: “I’m absolutely devastated. This is beyond heartbreaking. Chadwick was special. A true original. He was a deeply committed and constantly curious artist. He had so much amazing work still left to create. I’m endlessly grateful for our friendship. Rest in power, King.”

He portrayed several real-life historical figures, such as

He also played the superhero Black Panther in the Marvel Cinematic Universe films, including…

Black Panther (2018), for which he won a NAACP Image Award and a Screen Actors Guild Award.

He was also named international man of the year at the GQ awards.

Boseman got his first television role in 2003, in an episode of Third Watch. That same year, Boseman portrayed Reggie Montgomery in the daytime soap opera All My Children, but stated that he was fired after voicing concerns to producers about racist stereotypes in the script; the role was subsequently re-cast.

He also stared in numerous TV shows, including ER, CSI and Lincoln Heights.

A sequel, Black Panther 2, had been set for release in 2022, but it is unclear what will now happen with the film.

RIP you will be missed