The notebooks of world-renowned double Oscar-winning British costume designer, John Mollo, who designed the Star Wars universe, could sell for over £250,000 when they go under the hammer

These never-before-seen sketches showing the earliest incarnations of Star Wars’ most famous characters could fetch over a quarter of a MILLION pounds at auction.

Personal notebooks belonging to the Oscar-winning British costume designer behind the iconic sci-fi franchise have been revealed for the first time.

Mollo is credited with “creating the Star Wars universe” and his concepts were later immortalised as some of the most famous characters in cinematic history.

Now two of his sketchbooks dating back to between 1975 and 1979 are set to fetch an astronomical price when they go under the hammer in December.

While most of the characters such as Stormtroopers are easily identifiable, some of the doodles feature striking differences to their eventual on-screen cult personas. 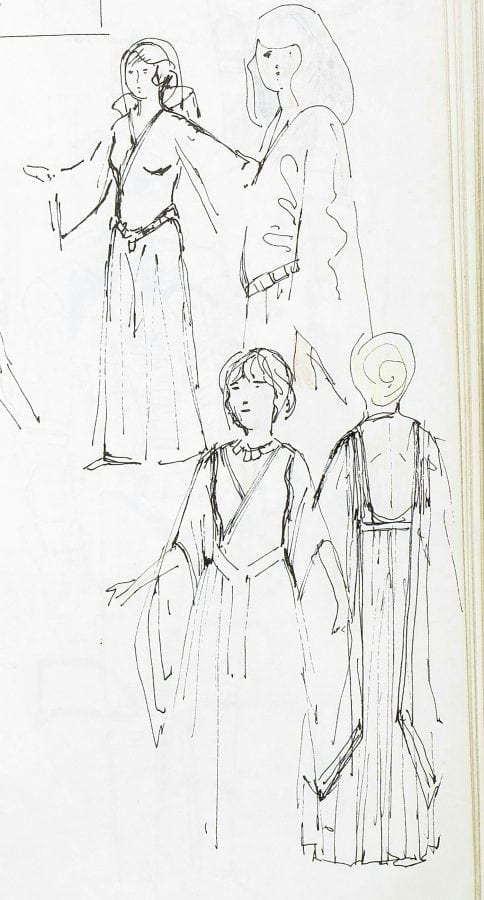 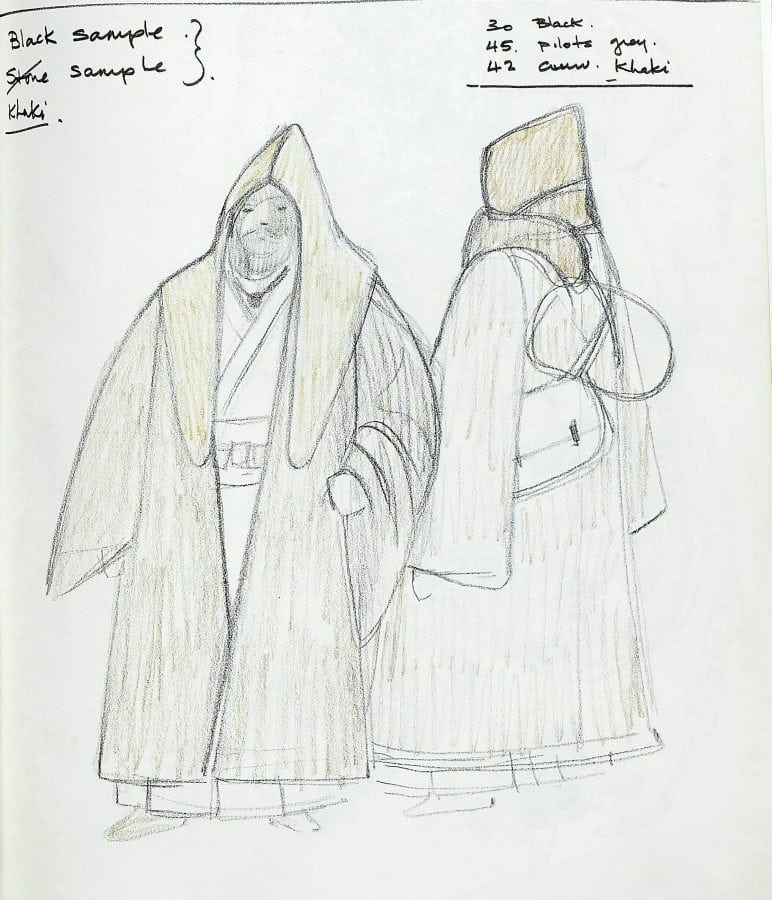 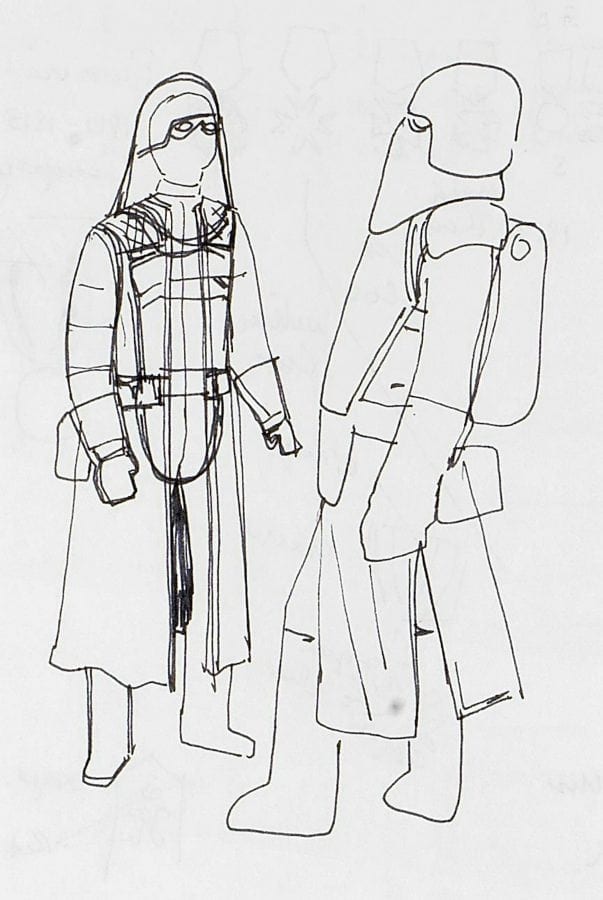 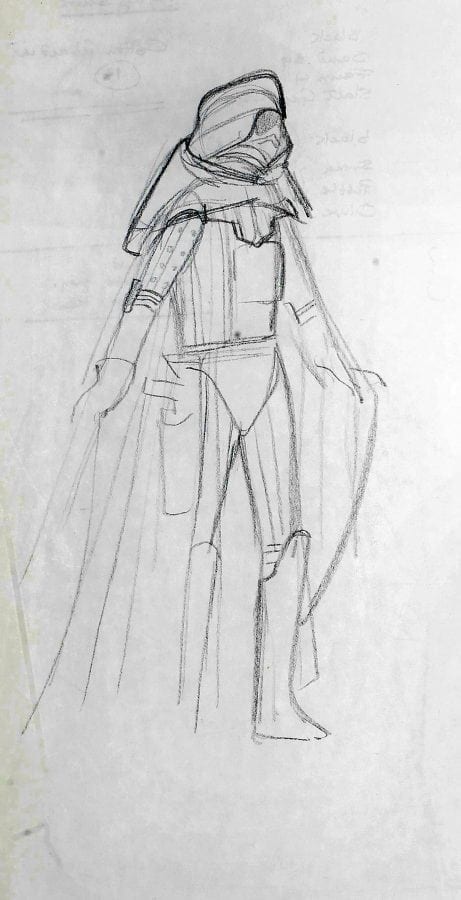 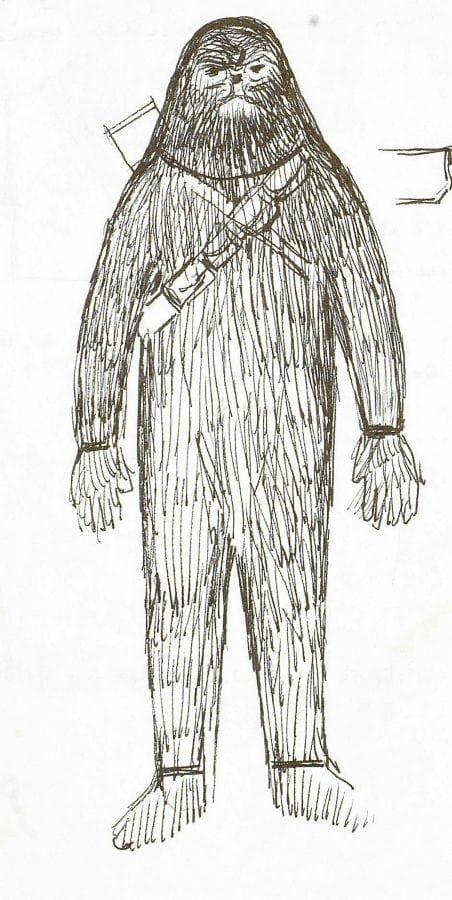 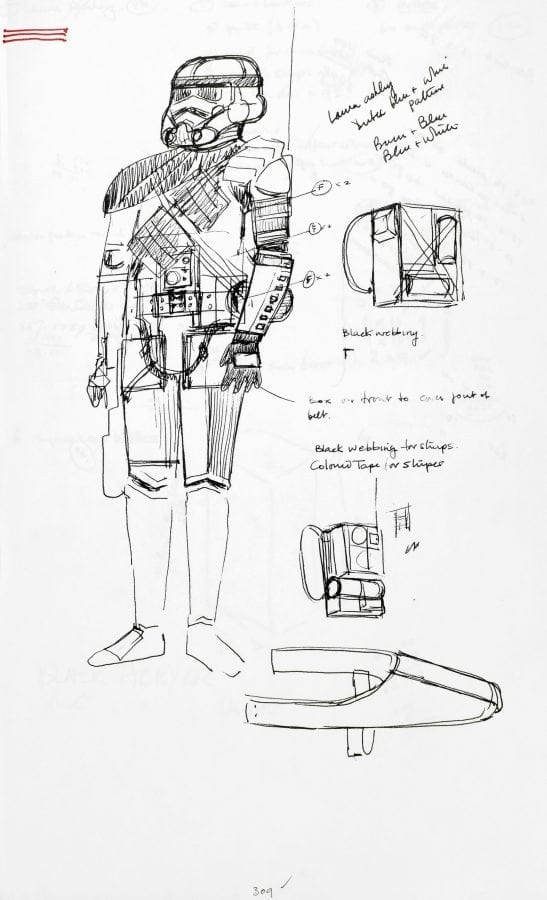 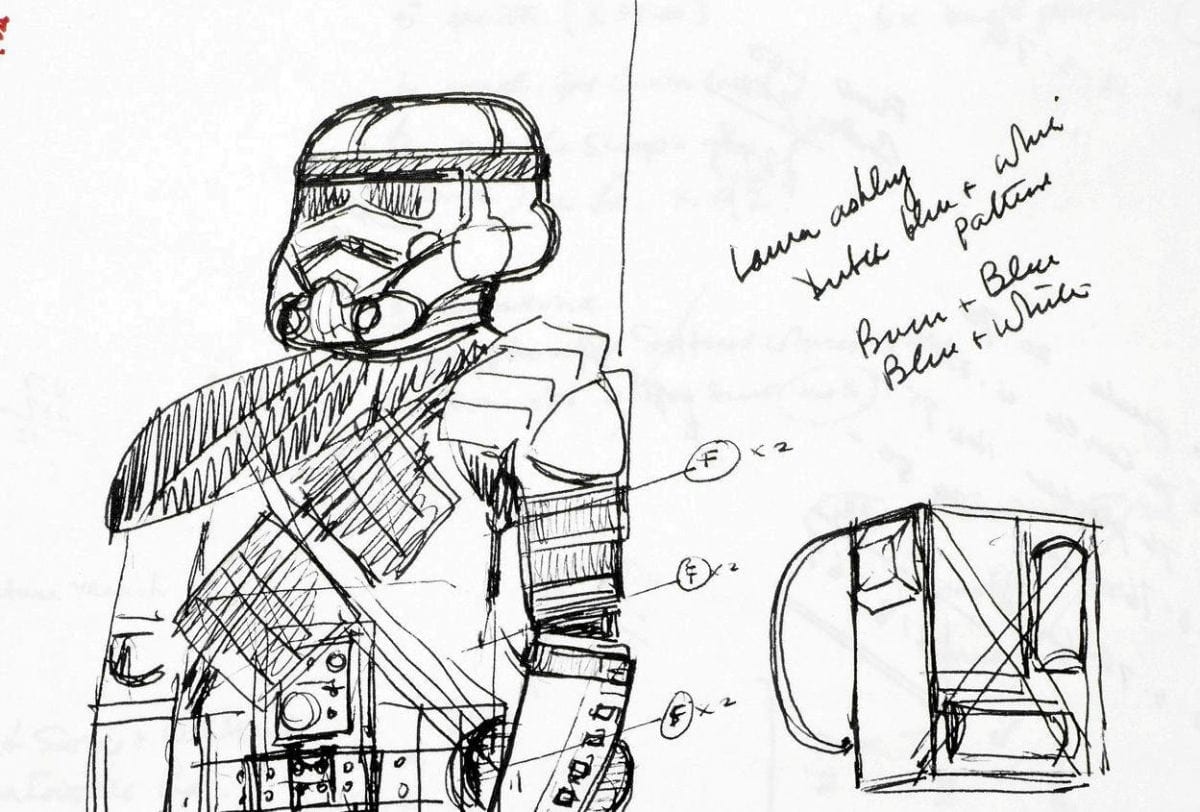 Darth Vader can be seen sporting what appears to be over-sized shoulder pads while Chewbacca’s face seems to resembles that of an E-Wok.

The books have stayed with the family of Mollo since his death in October last year and this is the first time they have been revealed to the public.

His son, Tom Mollo said: “This collection is a very personal insight into my father’s creative process.

“As these wonderful sketches demonstrate, he was a man of boundless imagination, but he never forgot the practical side of costume design – that actors had to be able to move and breathe and speak their lines.

“We can see him wrestling with these issues in his designs and, of course, producing the wonderful solutions that gave life to the characters and have made them recognised and loved the world over.

“My father once said with typical understatement, ‘I think on the whole I did a good job.” History has surely proved him right.”

The ultra-rare books, which contain a wealth of drawings, notes and designs, will be sold at Bonham’s Auctioneers in London on December 11.

“These sketchbooks are a unique part of cinema history – in my experience nothing like this has been seen before at auction – and will have immense appeal to collectors.”

At the time, he was unfamiliar with the sci-fi genre and considered the film “a sort of space western” adding that “one of the heroes is a dustbin” referring to R2-D2.

Lucas urged Mollo to avoid the stereotypical space-age look of earlier sci-fi films and instead to focus his designs on the pivotal concept of “light versus darkness.”

“We cobbled it all together and there was Darth Vader.”

He recalled it wasn’t until he showed him the monastic brown cloak and cowl design that he believed Guinness was truly convinced.