By Matt Keay @mattadamkeay  The media circus surrounding Amanda Knox’s circumventing perambulation of the justice system was very difficult to ignore. Back in 2009, and beyond, the details of the case were pored over in the tabloid press. It was inevitable that a cinematic adaptation would eventually transpire. The Face of an Angel is that […] 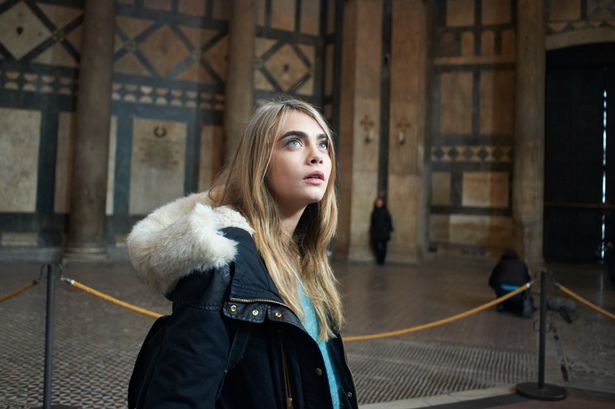 The Face of an Angel Film

The media circus surrounding Amanda Knox’s circumventing perambulation of the justice system was very difficult to ignore. Back in 2009, and beyond, the details of the case were pored over in the tabloid press. It was inevitable that a cinematic adaptation would eventually transpire. The Face of an Angel is that film, albeit with names changed and details fudged.

Michael Winterbottom, (24 Hour Party People, The Trip), directs what he refers to as a ‘tribute to Meredith Kercher’, the British student allegedly murdered by Knox and her boyfriend Raffaele Sollecito in 2007, as he felt the media storm overlooked the tragedy of the young backpacker. Starring Daniel Brühl and Kate Beckinsale, the film follows Thomas, a documentary filmmaker (Brühl) and Simone, a journalist (Beckinsale) as they chase the story of the trial. Based on Barbie Latza Nadeau’s book, Angel Face, The Face of an Angel is a confused, self-indulgent piece, which raises the question of whether an important film could be made with this source material.

There are various discrepancies and manufactured fantasies peppering both the script and the visual aesthetic of this film. The character of Thomas is a strange beast, with designs on introducing Dante-inspired mythical aspects to the story he is trying to tell with his film concerning the trial. Thomas is pained by something, (his rocky marriage, the importance of the verdict, his relationship with his daughter), but it’s entirely unclear what exactly it might be that causes his insomnia and the obsessive cocaine-snorting and alcohol abuse he employs to focus his thoughts, as he creates a film further and further from his producers’ commission. Beckinsale as hard-hitting journalist rings false, also, and the scenes they share are clinical and uninspiring, and do nothing to preserve any kind of tribute to Kercher. In fact, (aside from a final heartstring-pulling montage at her funeral), her memory isn’t in any way celebrated or glorified.

If there is one intriguing or attention-grabbing aspect of The Face of an Angel, it is the engaging performance of Cara Delevingne, whose strong and sweet ex-pat Melanie brings a presence to the role, and elevates the film when she is on screen.

At times, it is apparent that The Face of an Angel is more about the journalists that shamelessly report on the crime and the illicit encounters of the protagonists than the exploration of a eight year old murder investigation, which would have been an interesting film. However, this isn’t. Winterbottom is a tirelessly interesting and restless filmmaker, and has produced worthy, relevant, controversial pictures. It seems, this time, he’s missed the point.

Face of an Angel is on general release from Friday 27th March.