By Michael McNulty For many Taiwanese director Yee Chih-Yen’s latest film since Blue Gate Crossing (2002) may go unnoticed, when it shouldn’t. A charming film with socio-economic undertones Salute! Sun Yat-Sen finds itself firmly grounded as a coming of age dramedy. When Lefty, a young man brimming with charm and a smile capable of melting […]

For many Taiwanese director Yee Chih-Yen’s latest film since Blue Gate Crossing (2002) may go unnoticed, when it shouldn’t. A charming film with socio-economic undertones Salute! Sun Yat-Sen finds itself firmly grounded as a coming of age dramedy.

When Lefty, a young man brimming with charm and a smile capable of melting ice caps, finds himself struggling to pay high school tuition fees, he concocts a plan to steal, with the help of his friends, and sell for scrap metal a forgotten statue stored at his school of Sun Yat-Sen. After discovering that another of his class mates also holds similar plans, the two groups set out to beat each other to the chase.

Technically, Salute! offers little and for some the pacing may seem frustratingly slow. However, the film makes good use of its tempo with many of its biggest moments, whether they be laughs or more thoughtful moments, being born out in slow drawn out scenes – as in a scene in which the boys do a mock run of their heist that involves acting out pushing the heavy bronze statue across their campus and which mounts in ridiculousness with each passing second.

Although not loaded with the comedy tropes and pacing of similar American equivalents such as The Perfect Score, this film wins because of its beautifully simple veneer, which veils a quietly complex world of disassociated youth existing in a space in which the weight of responsibility presses so heavily upon the characters shoulders they find themselves resorting to petty crime. And this is really where the film’s strengths lie, in the marriage of comedy and tragic circumstance.

The backbone of the film’s narrative is built on an irony with the boys choosing to steal a statue of a figure widely recognized as the founding father of the Republic of China, Sun Yat-Sen. The boys intention to sell for scrap metal a figure who proliferated an ideology that placed and emphasis on egalitarianism and prosperity for the people, highlights a sense of abandonment and desperation, with them rejecting idealism for cold hard cash.

Salute! Sun Yat-Sen, however, does hold an optimism and youthful vibrancy that exists in the characters and the way in which their experience brings them together. It has a charm, and warmth to it that won’t necessarily steal your heart, but will definitely try.

Salute! Sun Yat-Sen is available on DVD and on Video on Demand on July 27th. 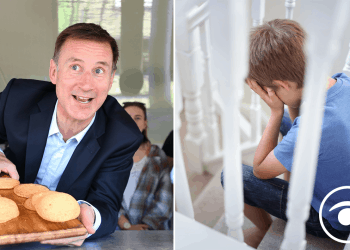